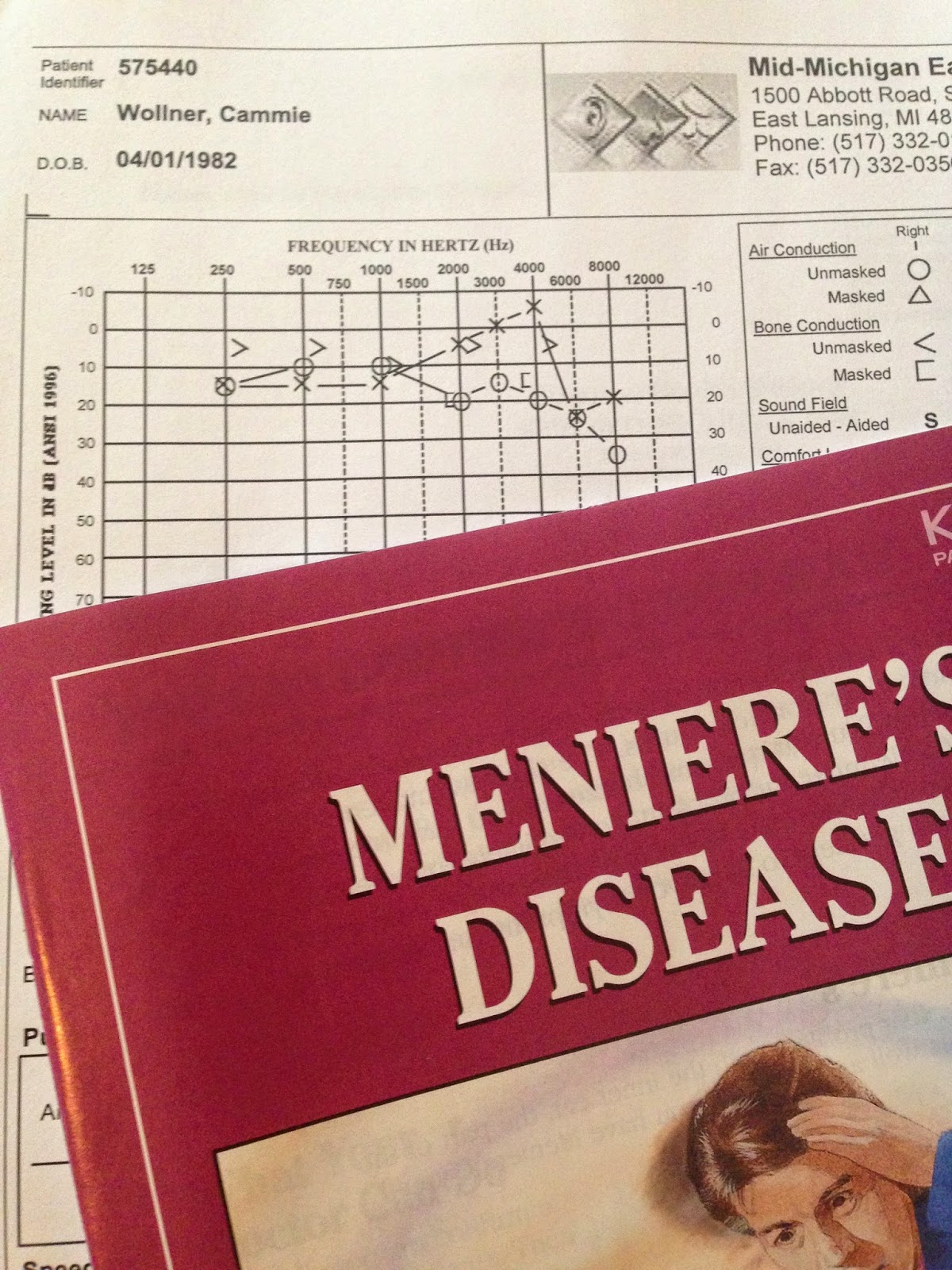 Yesterday morning I was impatient as I drove across town for my appointment with the ENT to go over the results of the MRI and talk about other possibilities since it came back (thankfully!) tumor free.

He said that it isn't totally unusual for migraines to begin to manifest other symptoms (like vertigo) after years of having them, although having vertigo every single day is a problem.

He also said that I have all of the symptoms of Meniere's disease (which my grandpa happened to have too) and so the next step is investigating to see if that's what's going on.

Part of that will be having a ENG ("balance test"), which can measure vestibular dysfunction (since we have two kids with vestibular problems I guess this shouldn't be particularly shocking).  They told me to eat a light lunch because "it's an hour of trying to bring on the vertigo" and so people tend to get sick during the test.  Sounds fun...

The other trial to try to determine what's going on is to limit my salt intake to under 2000 mg of sodium a day.  Yesterday I tracked it and managed 1400 mg, so I guess that will be somewhat easier than I thought as long as I cut out (or way, way back) on a few of my favorite foods (goodbye favorite hummus that I discovered has way, way too much sodium in it).

He also wrote a referral to send me over to the neurology department at the university to get whatever is going on with my migraines under control and make sure nothing else is going on there.

The other thing we talked about is how it'll be up to me to decide if things are bad enough that I need to wean James, because there are medications they could give me that should stop the symptoms, just not while I'm nursing.  For now I'm holding off on that option.

And that's the latest update in the headache/hear loss/ dizzy all the time saga.
Posted by Cammie Diane at 7:40 AM