Sometimes, when I'm watching Maggie with James and Patrick, I can't help but feel thankful that we didn't receive her diagnosis until Patch was almost a year old.

When Patrick was born I didn't know that changes and transitions could sometimes be a particular challenge for his littlest big sister.

In fact, I wasn't particularly worried about how she would react to a new sibling when I was pregnant with Patch.  Sadie had been a proud big sister when Maggie arrived and I imagined that Maggie would be excited about a new baby in the house.

If she'd already been diagnosed and I'd already poured over books I would have been terrified about how she would react.  Adding a new baby to the house can be a big change. 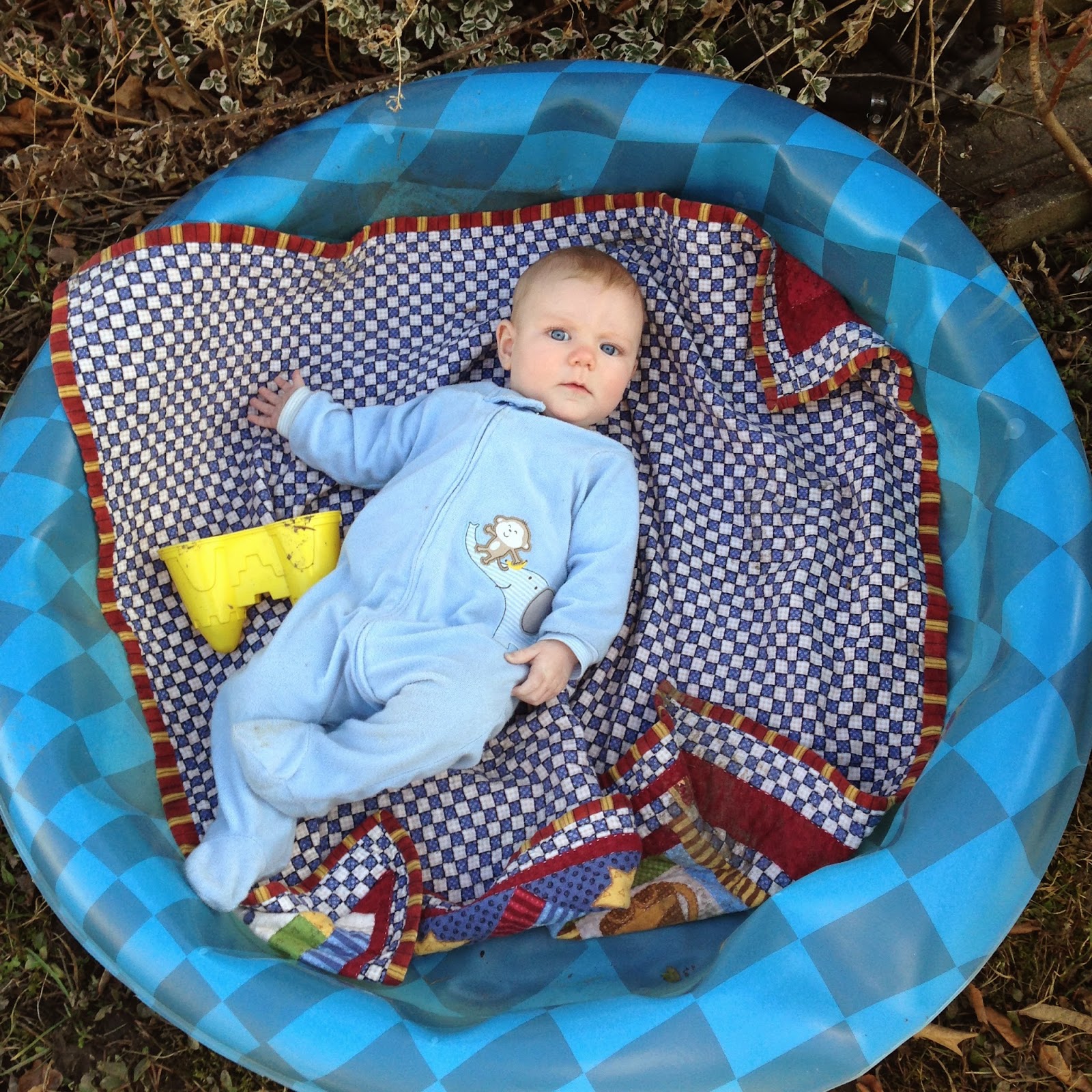 Those worries would have been unnecessary.

Maggie loves babies.  And babies, they tend to love Maggie.

A sure way to guarantee a crying, unhappy James, is to try to separate him from Maggie.

She touches his cheeks, his nose, his ears.  She kisses him and tells him that she "love, love, loves" him.

Already they are thick as thieves. 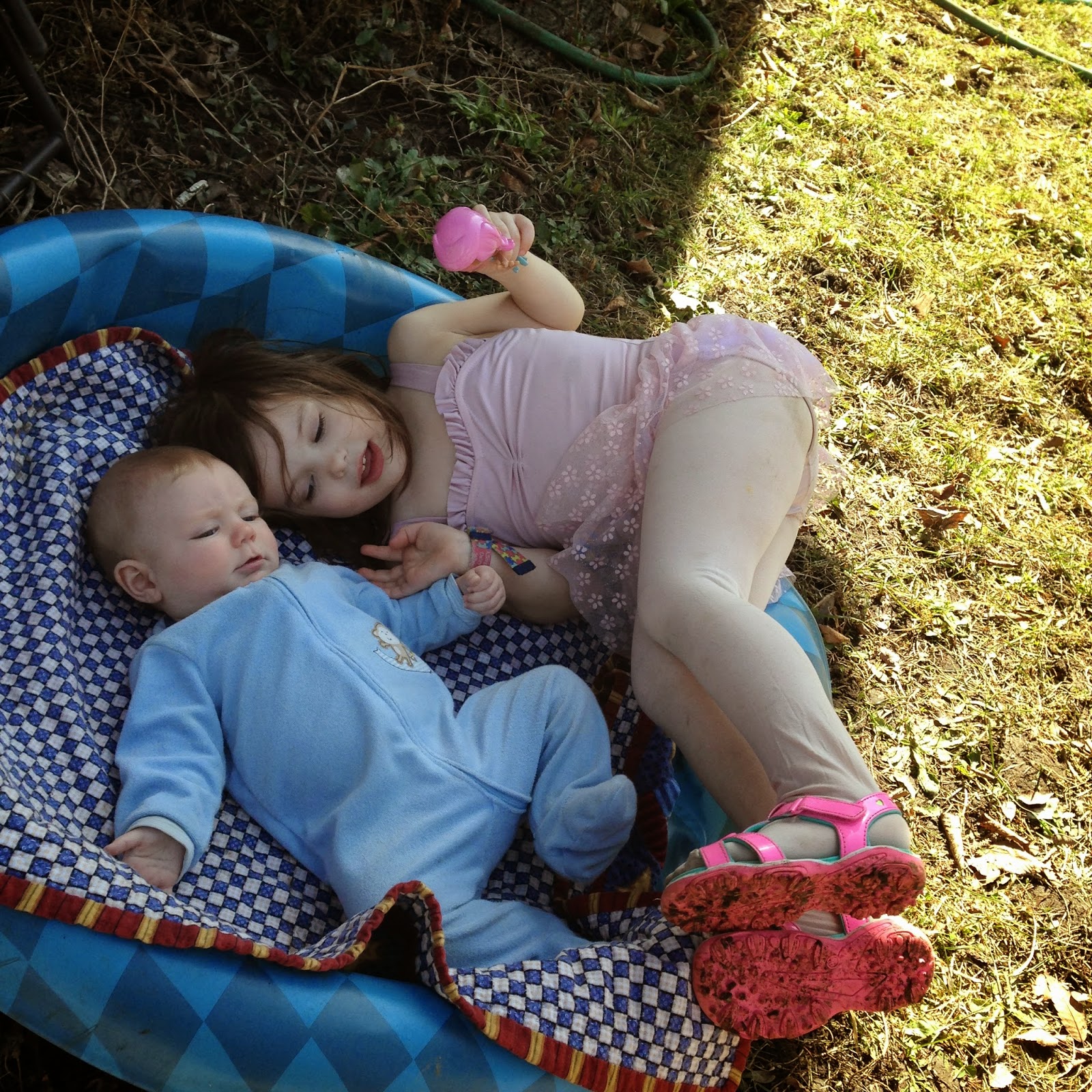 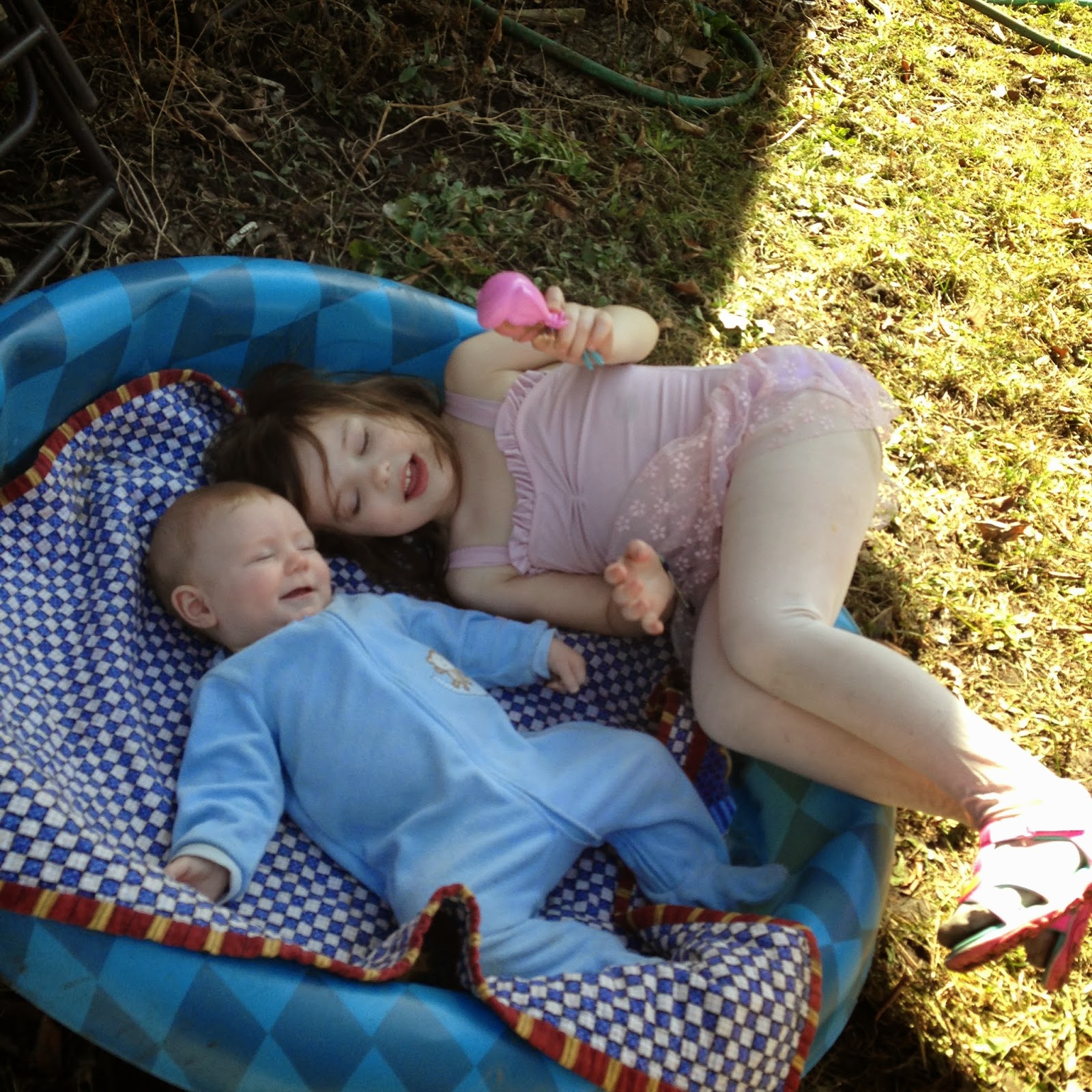 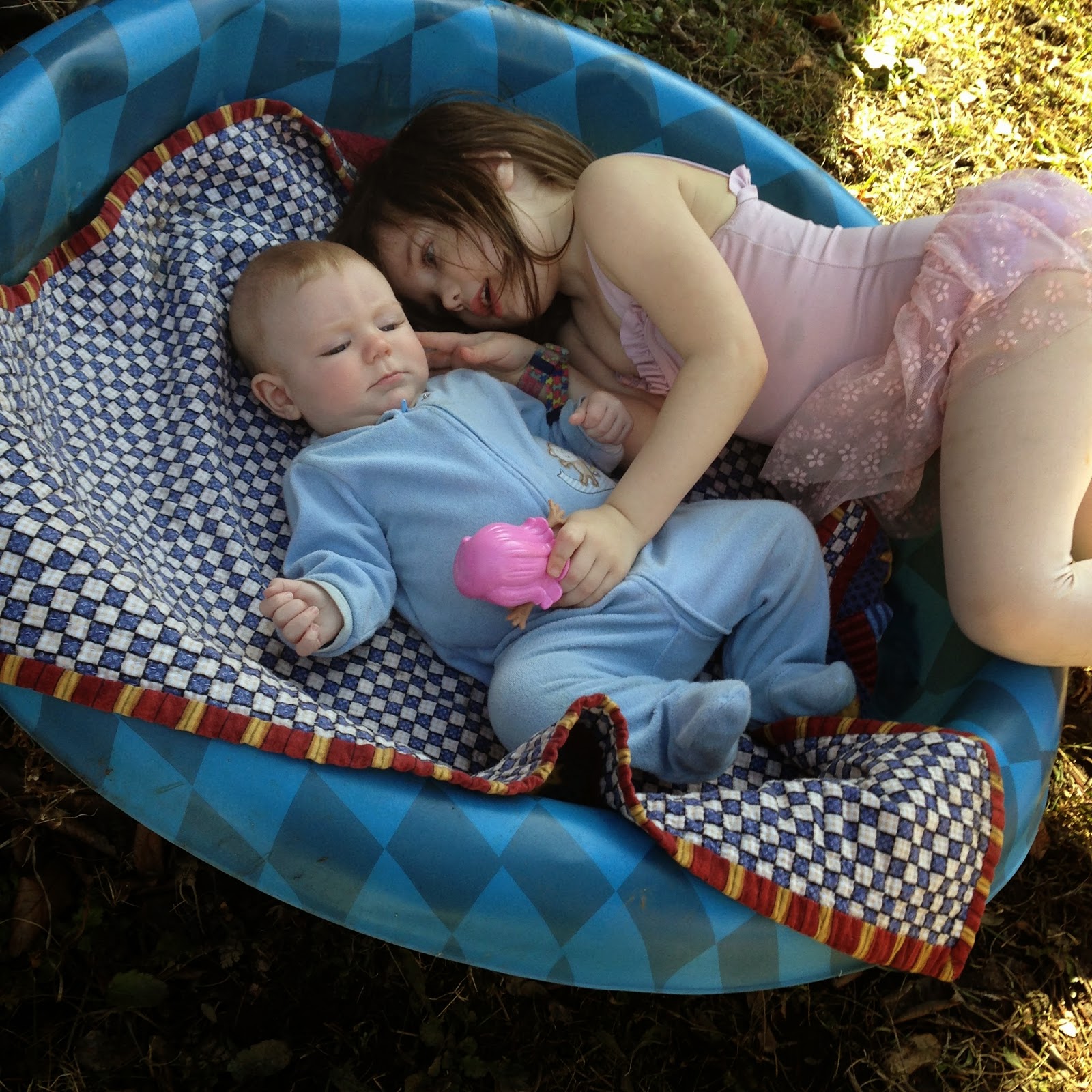 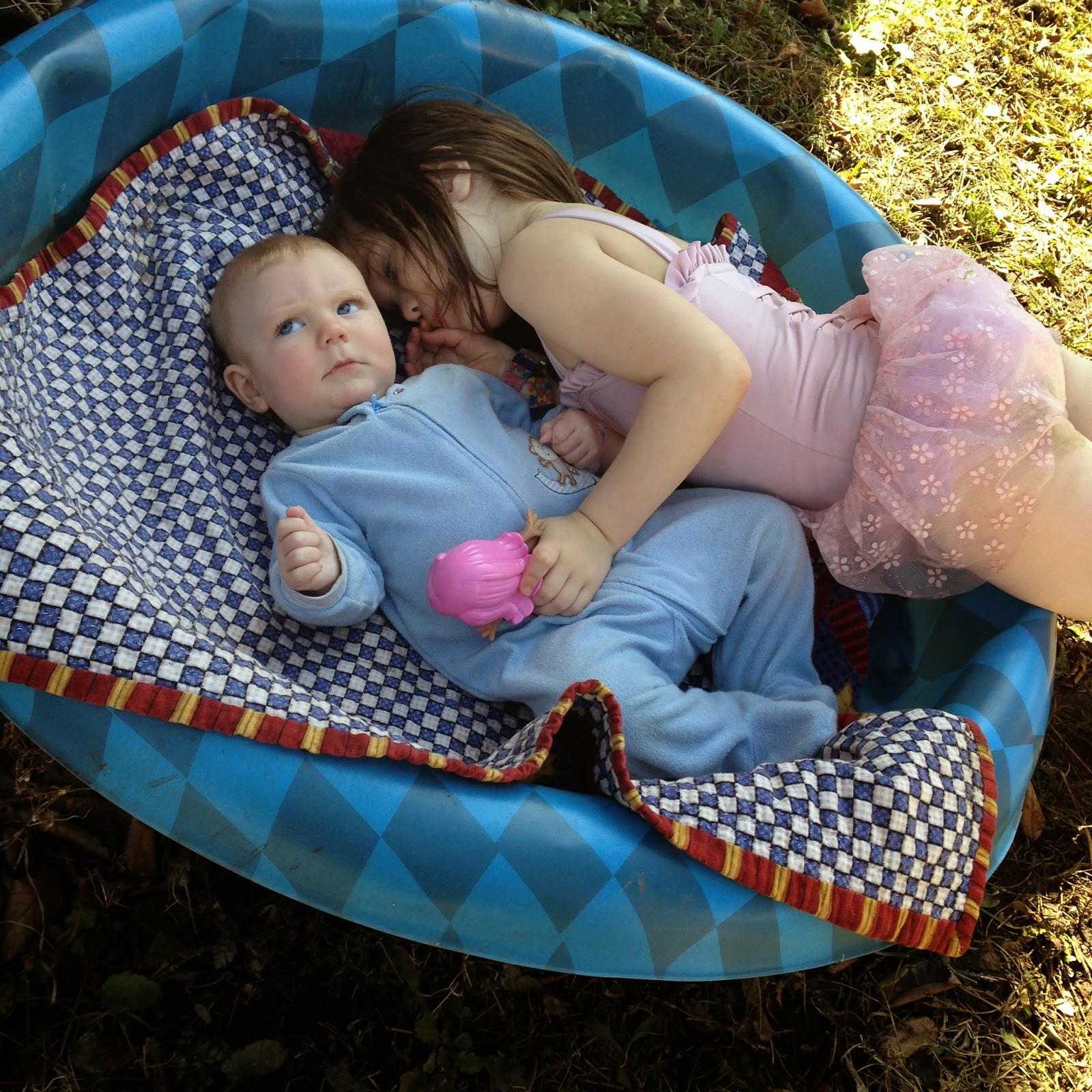 Transitions can be hard.

Today was one of our tougher days.

Two days a week Mae is going to go to the therapy center in the mornings now (because I can't be at all the therapy sessions at the same time now that Paul is working in the mornings and at night) and while it was obvious when she was walked out to the car that she'd had fun, the change in her schedule made for an incredibly difficult afternoon.

That was a tough change (and it probably wasn't helped by this whole ear thing that's taking dizziness to a whole new level and seems to be going rather rapidly down hill... I go to see an ENT doctor and an audiologist on Friday... but that is a subject for another post.).

So far, having added two new babies to the mix has never called for a comparable reaction.

Babies love kisses and hugs and cuddles and Maggie is only too happy to provide those.  And that, ultimately, makes even the most serious little five month old, smile. 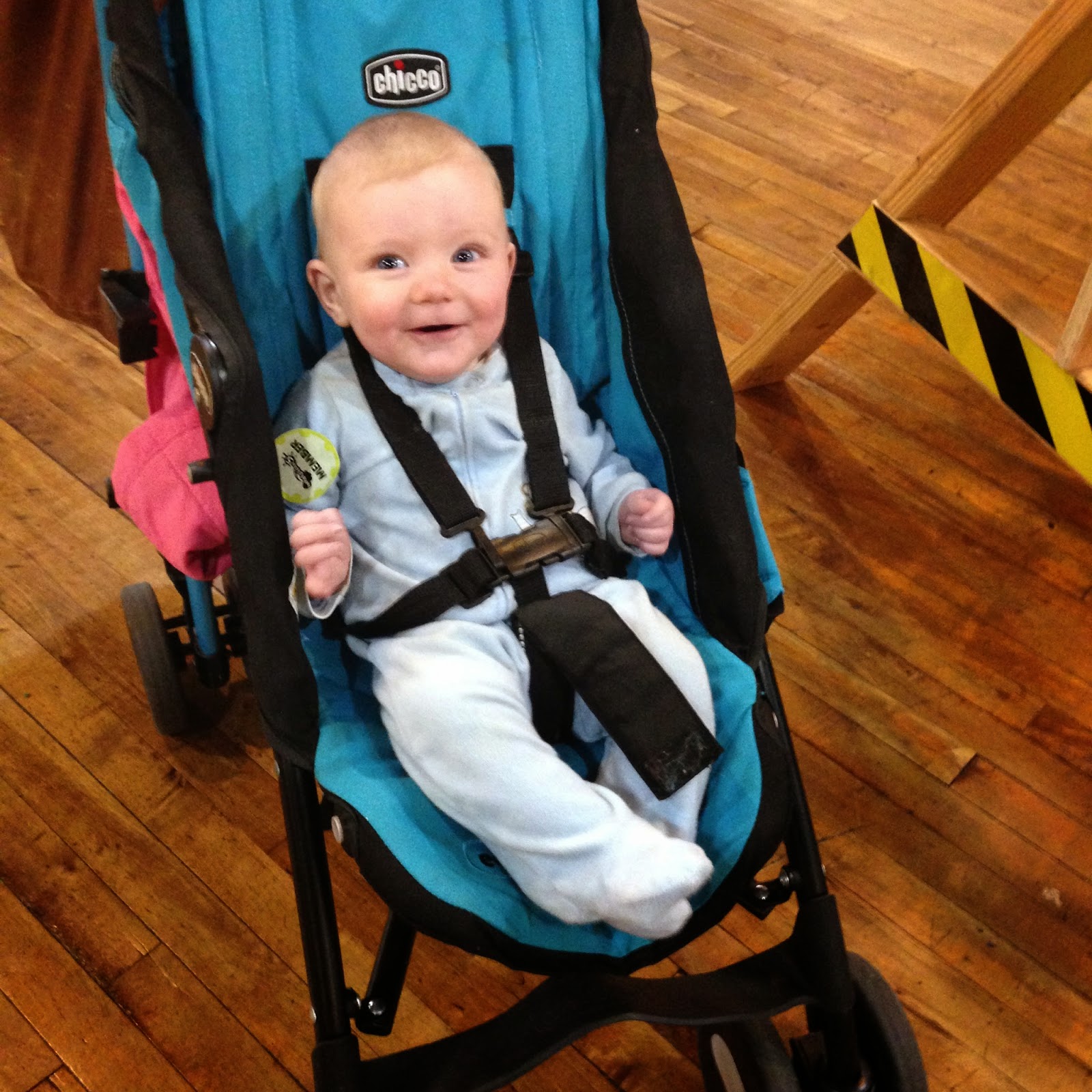