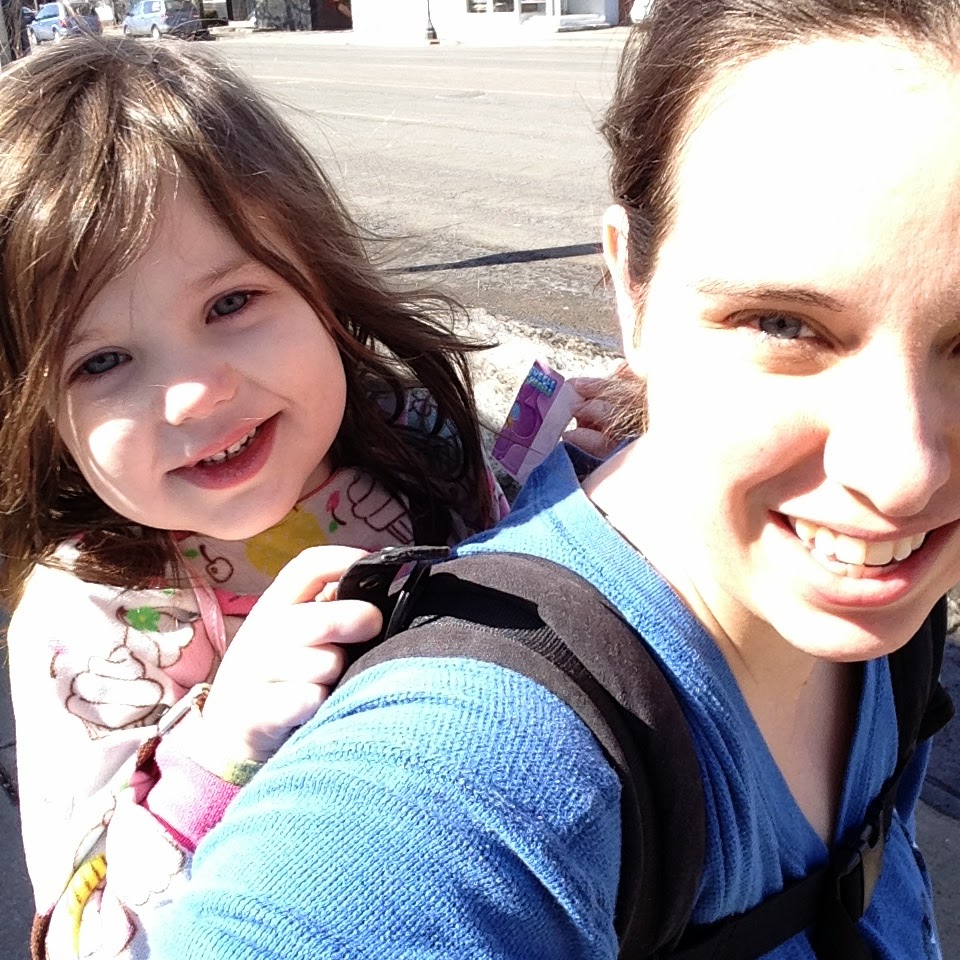 Yesterday was a tough day.

I left Mass during the homily and promptly burst into tears on the way to the car.

My head was somehow managing to be pounding, while spinning and foggy and numb all at the same time.  And then the right side of my face went numb again, and I totally panicked.

Which felt kind of silly because the right side my face has gone numb many, many times and I haven't panicked since the first half dozen times it happened when I went to the clinic back in California and was told that it was just a migraine thing and I was fine.  But now, with the whole hey-you-might-have-a-tumor thought first and foremost in my mind, the numbness seemed much, much more frightening, even though it was the exact same numbness I've experienced a hundred other times.

Even though it very well could just be a weird migraine thing.

I'm also beginning to realize why it's a good thing to write down what's going on every day.  Because last night when I was feeling better I was sitting on the couch with my planner thinking "You know, today wasn't that bad.  I feel fine right this second.  I bet nothing's wrong.  This is silly.  My hearing has even been great today." and then I went over the day in my head and had to write down: headache, dizziness/fogginess, numbness in face, and ringing in ears x 3  4, along with some other things I can't even remember now, and finally had to admit that maybe going to the doctor had been a not-so-horrible idea.

There was also a moment where I showed Paul a list of symptoms for an acoustic neuroma and his eyes got wide as he said "that's totally you" and I said "well except for the taste thing" and he looked at me like I had lost my mind and then I realized that I've been preparing my favorite meals for everyone else and complaining that the food tastes horrible/off while everyone else loves them and then I put tablespoon after tablespoon of hot sauce and red pepper flakes on everything I eat to taste anything...

And how does one miss something like that?  I have no idea.  I kept saying "I must be getting a cold" even though no cold ever appeared.

This morning I'm feeling great.  And I am definitely ready for it to be 9:30.  Thank you all for the prayers.
Posted by Cammie Diane at 8:12 AM