Lovers of grammar I apologize for the above fragments but read on and I think you will understand why those words are pretty much all that I can come up with right now:

Today, after writing this morning's post I sat down to go over Mae's care plan in preparation of calling the social worker and getting the ball rolling on hopefully having a placard approved.  I was supposed to read over it, fill in a few blanks and call her back before sending it in.

And then I saw the above "diagnosis" along with a little highlighted comment asking me to elaborate and give more information about Maggie's diet.

Now let me just say that I don't usually struggle with keeping my language pretty G-rated, even in my head.  Today I most definitely have struggled.

And I decided that today was maybe not the best day to call because I needed a teensy tiny cooling off period to remember that the person I would be talking to would not be the person who decided to disregard the fact that Mae is pretty obviously not overweight (which she saw during the exam... to quote my dad "she's the only four year old I know with a six pack") and go with an incredibly inaccurate chart who's results do not reflect her actual physique in the least (and just for the record I've talked to about a half dozen people who work with Mae and every single person has the same astounded reaction.).

What does she eat?  Let's go with yesterday.  Yesterday we were able to convince her to eat a banana, some grapes, an apple and a couple of homemade gluten free/dairy free lemon muffins that her big sister made.  And water.  That's it.  When she eats anything at all, I'm happy because many, many days she refuses every single thing that I offer for lunch and dinner.

The things she will always eat are grapes and blueberries.  Sometimes she'll eat bananas and apples, rice crackers and g.f. bread with peanut butter on it.  Occasionally she'll it potatoes, oatmeal, beans and maybe a tiny bit of meat.  Oh and bacon.  She will always eat bacon, but doesn't get to have it very often.  She does have a fondness for bunny crackers when they're in the house.

Here's a picture I snapped today while she was doing her school work: 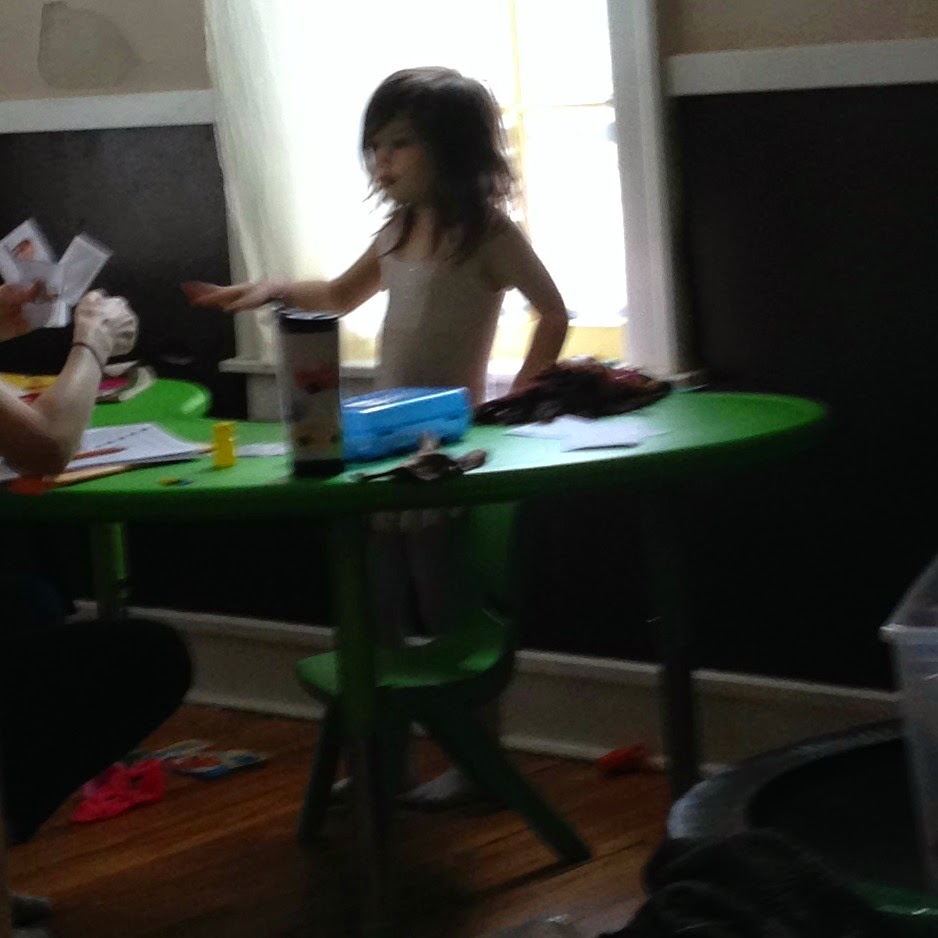 So... I know I wrote last week that I'm not a fan of the whole BMI chart but this week I'm even less of a fan (if that's even possible).

Now I'm going to take a few breaths (again) and remind myself how lucky we are to have such awesome resources for Mae and to have such a great team of people working with her.  And I'll gear up to sit down with that silly form and fill it out so I can make that phone call.
Posted by Cammie Diane at 10:48 PM