Sadie's Invitation to Meet the Pope

The other day I grabbed the mail out of our mailbox and started towards the kitchen when Sadie spotted a piece of mail in my hand and her little eyes opened wide and she gasped before excitedly asking "What is that?"

I paused and looked down at the envelopes in my hand and saw this: 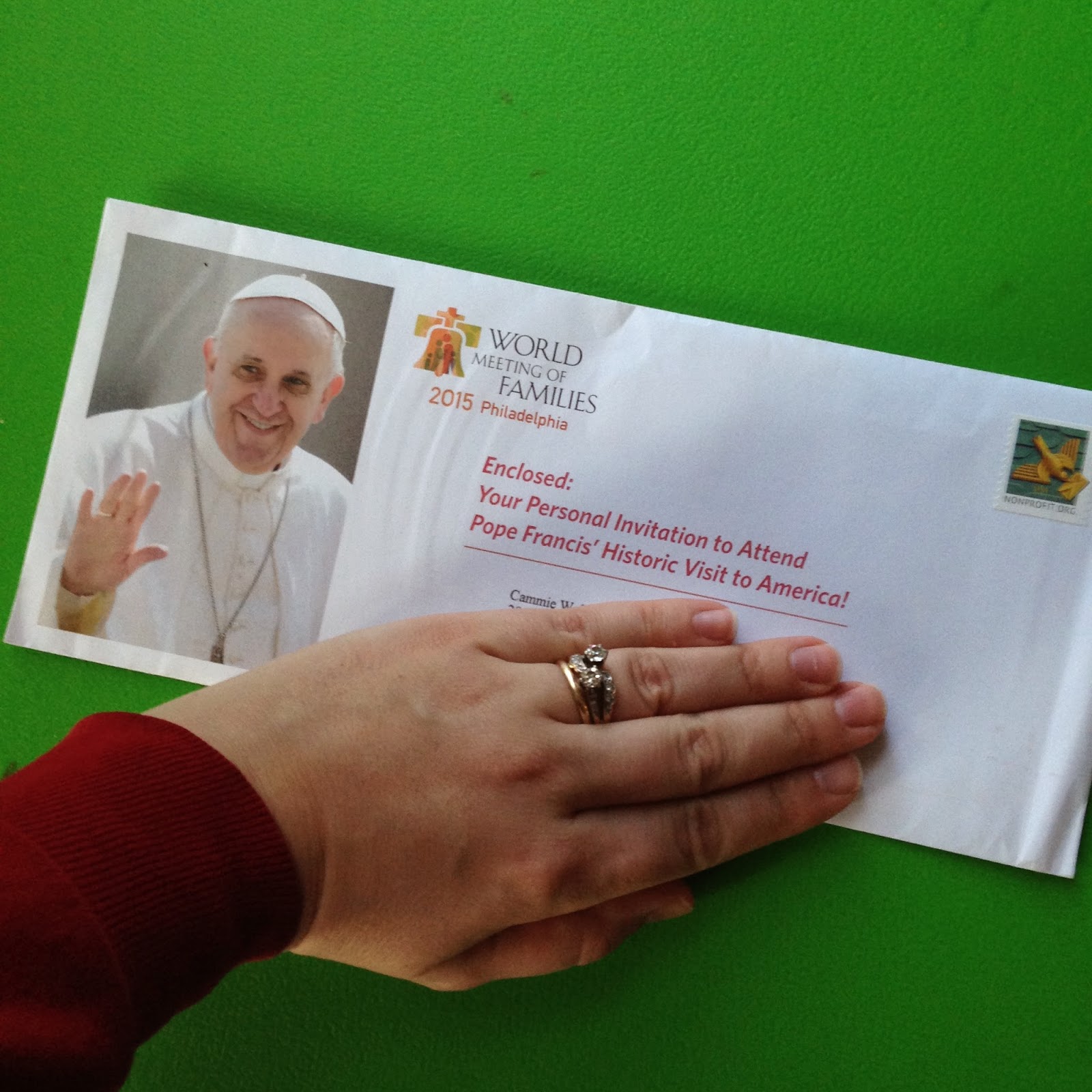 "Oh... it's a letter...." I said lamely, knowing that she was going to be certain that what is essentially a fundraising letter was an invitation from the Pope himself to attend the World Meeting of the Families.
"What does it say?!?!" She said, pointing to the red words.
"Enclosed is your personal invitation to attend Pope Francis' historic visit to America."  I replied, sighing.
"Are we going?!?!?!" She said, bouncing towards the kitchen after me.  There may have been squealing.  There was definitely giggling.
"Um. I'm not sure."

Now I would love to go.  I really, really would.  But with the babies and the various issues that make it very hard to leave them with just about anybody I don't see it being in the cards for us.

Sadie, however, followed me into the kitchen and begged me to open the letter.  I had the distinct feeling that she was imagining it the scene from Cinderella when the invitation arrives from the palace for the ball.  Then she stood at my elbow and begged me to read the pages that fell out of the envelope when I opened it. 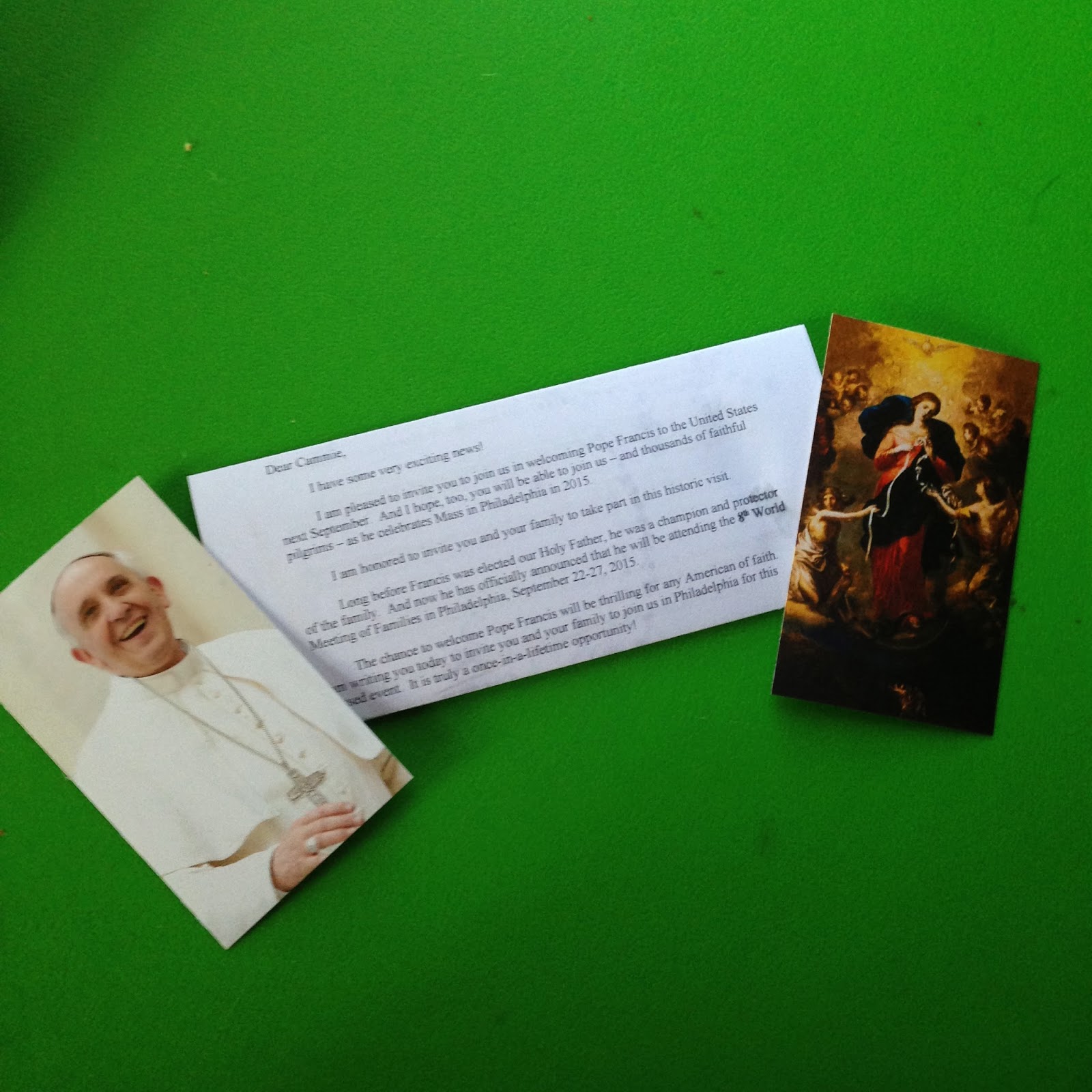 I read it to her and then explained that the people who sent the letter were fundraising for the event.  She was undettered.

And I should probably now keep a closer eye on both our suitcases and Paul's paychecks because the child is ready to go to Philadelphia, right this second, to meet the Pope.
Posted by Cammie Diane at 10:56 PM