From Communist to Conservative: My Story (Part 1) 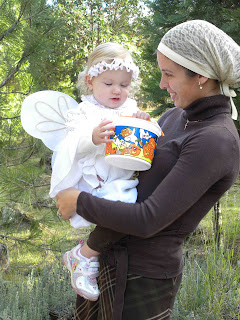 Some of you probably know more than others about my political history, which inevitably played a roll in my search for truth, and my eventual conversion to Catholicism.

The casual reader would likely stumble across my blog and could easily make a handful of assumptions that would be patently false.  They could see the headcoverings and the long skirts, with the clinging sticky sweet baby hands, and the cyclically growing and shrinking baby bump, and come to the quick conclusion that I was an over-sheltered, mindless breeder who simply accepted what I was told at face value, parroting Church teachings and conservative values and hardly setting foot outside of my own door.

That stereotype, of course, would be a dramatic misunderstanding and mischaracterization of the cradle Catholic women who I’ve been blessed to meet these past years, women who embraced the rare gift of faith that their parent’s had nourished.  These women have successfully lived their beliefs through those turbulent years when the temptations of the world sing a siren’s song that few escape.  And while I’ve admired and hoped to learn from these women, I cannot claim that I have spent my life as one of them, and cannot, by any stretch of the imagination, claim the label “sheltered.” 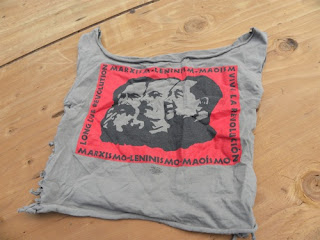 I arrived in the San Francisco Bay Area, a sheltered country girl, already politically liberal, although I had grown up in a Southern Baptist church, my head full of King James’ Bible verses and dreams of changing the world.  I quickly swallowed the “wisdom” of nearly every professor I encountered, as they taught, day after day, the value of socialism and communism and how communism just hadn’t worked yet because the failed attempts of the world’s communist nations just hadn’t met the conditions needed for a communist society to succeed (after all, how could we expect communism from peasants, when what it needed to grow was an industrial nation…).

I volunteered at Planned Parenthood and at a women’s shelter and even toured townships in South Africa when I lived in Cape Town and saw the wrongs that desperately needed to be righted, first hand.  Actually to be honest I didn’t see many wrongs that needed to be righted at PP.  Most of what I saw were upper middle class kids getting free pills and condoms and stockpiles of emergency contraceptives and walking out with little brown bags stuffed full of goodies… but in the women’s shelter and township, and especially in the friendships I formed on my rugby team, I was given a glimpse into a world in which help was desperately needed.  And I was told that the government, particularly a socialist government, was the answer to those problems.

Simultaneously I was casting about for answers to questions that the Bible alone couldn’t quite answer (at least not without major logical leaps I wasn’t comfortable making) and considered myself to be agnostic for a while.  I played along as my friends dabbled in Wicca and labeled themselves “pagans” before beginning to devour everything I could find about Mahayana Buddhism.

After graduating from college with a degree in politics I went to work for a non-profit in Berkeley.  My job was fundraising so our lobbyists could continue to pester our representatives and while I was good at my job, I hated it.  At 22 I felt exhausted and jaded.

I began to pray, the words dry on my lips.  Each night I would begin again, casting about for whatever it was that was missing, that shouldn’t have been missing, since I was free and liberated and out on my own.  For months those prayers remained the same, falling from my lips with the same brittle lack that is hard to describe, and hard to imagine unless it has been experienced.

Eventually there was a spark and a change and a year later I was engaged to Paul.  Two years later I found my way home to the Catholic Church, recognizing truth for the first time, after years of blindly swallowing the answers that academia had offered up as solutions to the world’s problems. I found that the authority of the Church, bestowed with Peter by Jesus, answered the questions I'd been casting about for half a decade earlier.

Of course, becoming Catholic didn’t cause me to have a sudden change of political persuasion.  Logic, however, did.

Email ThisBlogThis!Share to TwitterShare to FacebookShare to Pinterest
Labels: About Me, Politics