The Worrying Trend of Blaming Children for the World's Ills 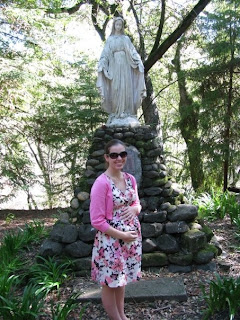 I'll admit that one of my first thoughts earlier in the month, when the Supreme Court upheld Obama Care, was a small, nagging worry that I very much wanted to ignore.  Yet I couldn't help but wonder:  If the federal government can force us to buy something, and tax us if we don't, what else will we find ourselves being taxed for in the future?

My mind went back to that story going around the internet a few weeks ago that was out of China (warning: this link does show graphic, incredibly saddening pictures), with the picture that I just couldn't click on to see because I knew that at that point I simply couldn't handle the site of a murdered baby laying next to his grieving mother.

I remembered reading that had the family been able to pay a fine of 40,000 yuan (a little over $6000) the baby would have been sparred.

Pay a fine and we won't kill your baby.

The line between a "fine" and a "tax" is so thin these days that even courts and lawmakers can't seem to find a real difference.

I'd like to believe, wholeheartedly, that the possibility of something like this happening in our culture is out there in the realm of fanciful, overly paranoid conspiracy theory.  I really hope that it is. 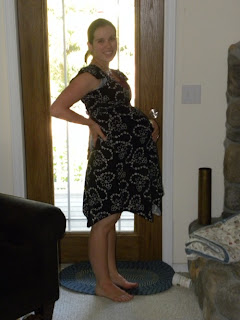 But with many politicians and lawmakers in office these days that don't seem to see a connection between the existence of future taxpayers and the existence of programs like Medi-Care and Social Security (much less put any stock in the innate value of human life) I can't help but feel a bit edgy about the possibility.

What will we be asked to do next "for the good of our nation and society"?  And when will we cross the line from being asked to being told that we have no other choice?

In England, a senior government official, has seen the solution to their problems in telling mother's with large families not to have any more children.  After reading the article, detailing her complaint, I found her seeming obsession with "shaming" women into not having children to be even odder.  She says that 1 in 5 of the problems she sees are within large families.  1 in 5?  So 80% of the problems she's dealing with don't involve large families?  And yet large families are somehow the problem (there's a quote about how she's sure there are lovely large families out there, but she's certainly never met any)?

I think the problem is that the answer in much of the developed world, to any problems pertaining to poverty, is to throw contraceptives and "family planning methods" at the problems until they go away.  Then there is shock when an estrogen pill doesn't cause all of a woman's problems to magically evaporate and turn into a cheesy commercial with women picking out which house and husband they'd like in a store, along with a trip to Paris.

Sure it seems that large families make up a rather small minority of the group this senior official encounters, but their problem must be that they have too many children. It couldn't possibly be associated with the other ills found in a culturally relativistic society that tells us that nothing is really wrong or right and then wonder why making the wrong yet immediately gratifying choice doesn't make us happy, could it?

The delusion that children are the root of the problems in society, is especially delusional and repellant. I can imagine who came up with it.

"I know!  We'll get them to believe that children are the root of all the problems in the world!  And if they just get rid of them all, they'll all be rich and happy and carefree!" seems to be a perfectly diabolical approach to the destruction of a society who'd already like to completely separate sex from it's intended outcome of both bringing a family together, and building that family towards a grace filled future.

Yes, the fact that our politicians wail about the evils of bringing children into the world, and then give themselves the power to "tax" or "fine" pretty much anything, makes me more than a little nervous...
Posted by Cammie Diane at 1:18 PM

Email ThisBlogThis!Share to TwitterShare to FacebookShare to Pinterest
Labels: abortion, contraception, In the News, Politics