A Trip to the Beach

Nani and Grumpa had planned a short weekend getaway this summer and the timing couldn't have been more perfect.  With a fire blazing twenty miles from our home, and eating up 600 acres of forest in one night, things were unpleasantly smoky, and the idea of fresh sea air was inviting.  Sure we had to piloted through the fire zone to get there, but as we reached the opposite side of the burn the air began to clear (the wind must have been blowing the smoke towards us pretty consistently).  A few hours later we were walking on the beach.

Now this was Mae Bae's first trip to the Pacific as a big independent toddler.  And she was ready to hit the beach.  At first she loved the idea of holding Daddy's hand. 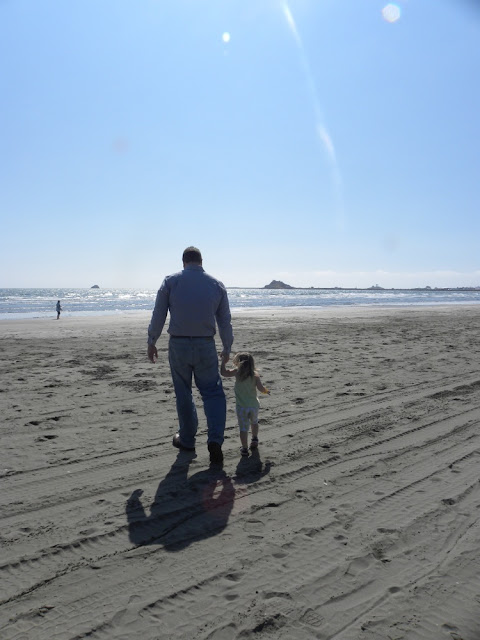 But then she realized that Daddy wasn't going to let her propel herself into the very cold water and they had a difference of opinions over whether she could actually swim (she can't).  After playing with Mommy in the water and soaking my dress thoroughly, Daddy carried a screaming baby back up to the motel.  She was not happy about leaving the beach or having to get cleaned up for dinner: 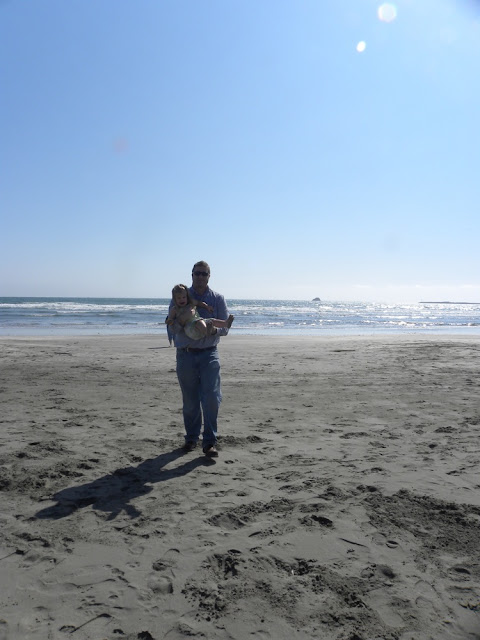 The next day we decided to try something new.  The baby backpack.  Mae loves the view from Daddy's shoulders.  At first she wasn't quite sure she wouldn't like to be down splashing in the surf... 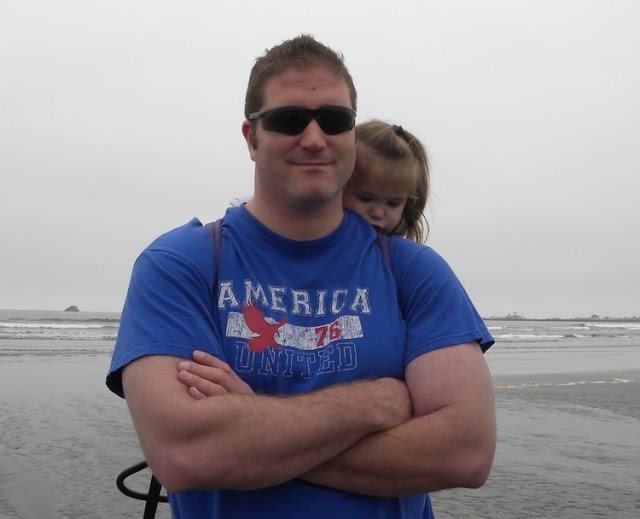 But then the giggles began and she decided it wasn't so bad up in the pack, even if it meant no splashing: 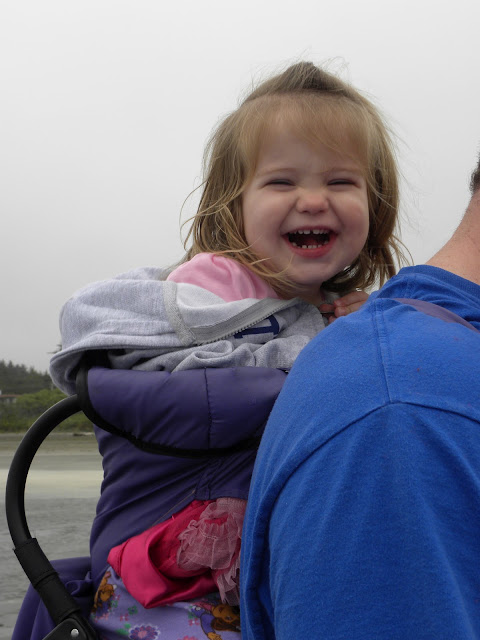 Sadie, however, raced up and down the beach at a sprint.  She didn't seem to mind her dress being soaked in the creek (and ocean) water! 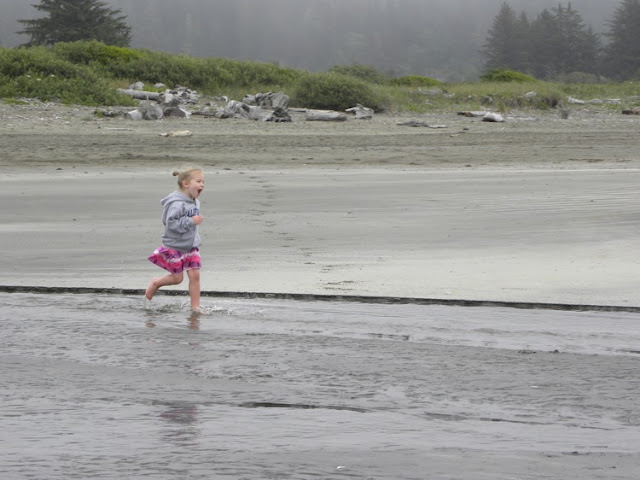 After lunch we returned to the beach.  Nani had gotten each of the girl a souvenir sweat shirt, since neither of their wardrobes currently contain anything even vaguely warm.  With a sweat shirt over her bathing suit, Sadie followed her Ariel kite down the beach: 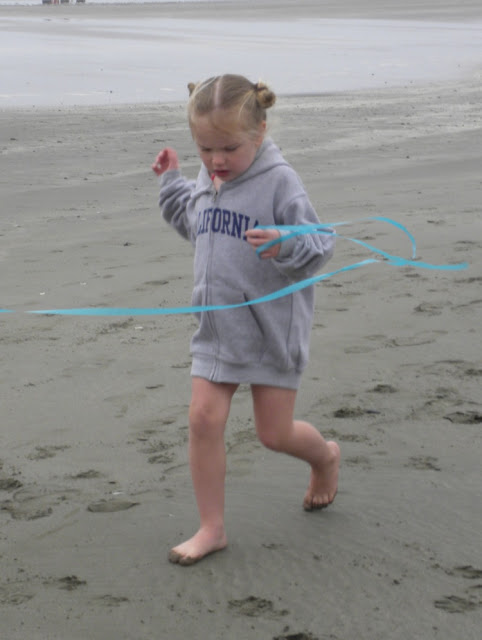 Then it was time to release the Mae Bae.  For a moment we hoped she might stay in the shallow creek, which is rather warm when compared with the ocean water.  But it didn't take long before... 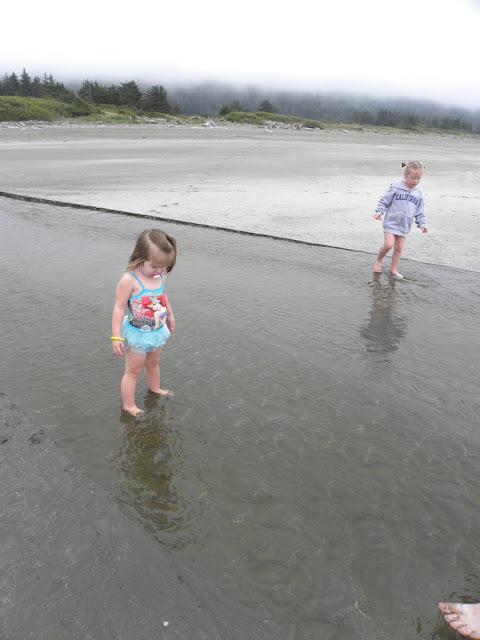 ...she was ready to head down to the beach to join the surfers and paddle boarders (who, by the way, were all sensibly dressed in wet suits!): 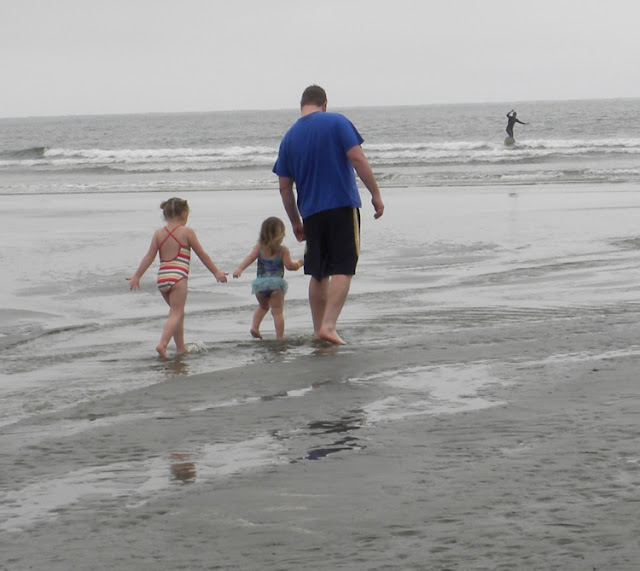 I don't think Sadie was really planning on getting quite that wet.  But a trip in ankle deep water meant she made quite a splash!  And got to experience the cold on a whole different level (she was up and playing seconds later!): 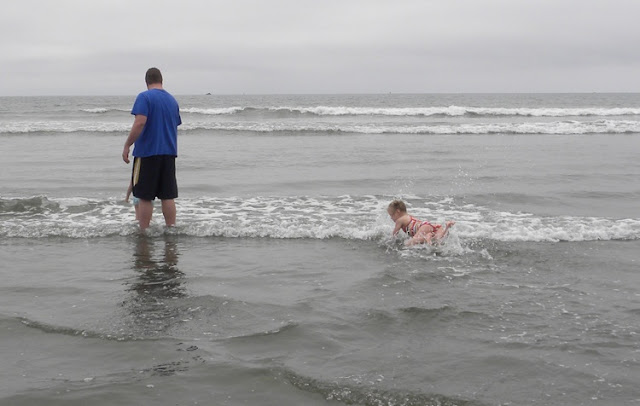 Sadie was feeling quite daring: 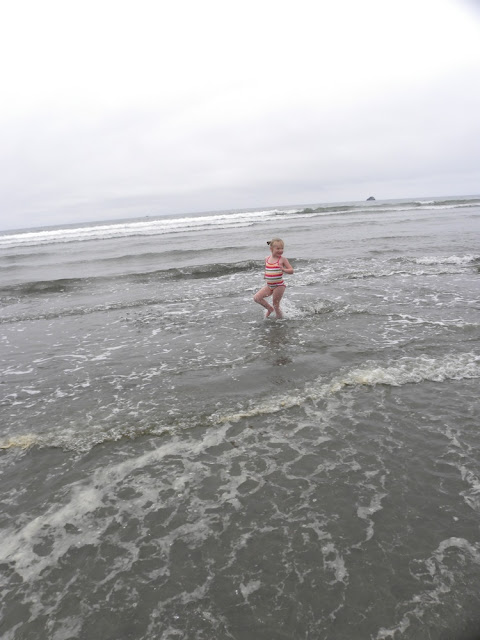 Mae Bae wanted to lead Daddy out into the deeper water, and there was quite a little tug of war as she attempted to pull him further and further out (and when that failed she tried to drop his hand and head out on her own): 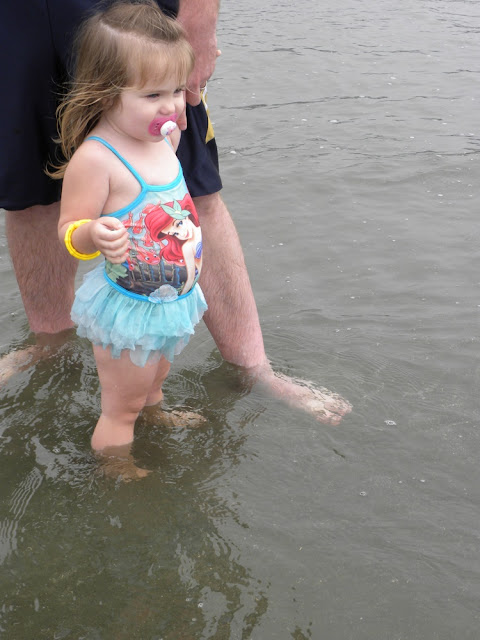 Finally it was time to head back to the motel to warm up.  Mae thought a few more hours of swimming would have been nice, and wasn't quite ready to go: 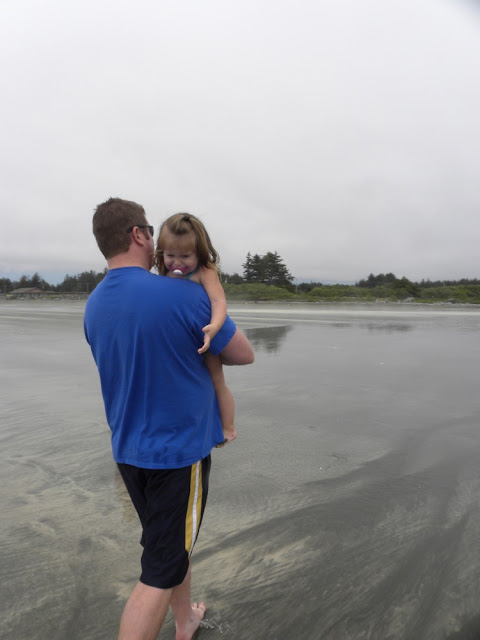 It was a wonderful weekend!  And it was so nice to feel the cool ocean air!
Posted by Cammie Diane at 12:17 PM