Why Seeing Planned Parenthood's Booth Yesterday Made Me Feel Hopeful 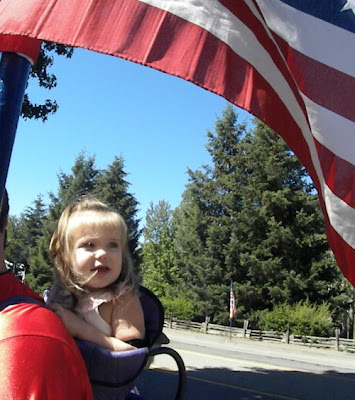 The town we’re staying in this summer is my very favorite place in the entire world on the Fourth of July weekend.  It’s picturesque year round, but on the week of the Fourth the town bustles with activity.   There are fireworks and a kids’ day in the park with races and games, food stalls and vendors in the days leading up to the Fourth.  Then Independence Day arrives and the streets are crowded with people, a steady stream of red, white and blue, moving up and down Main Street, enjoying the pie at the ice cream social next to the meadow and waiting for the parade to begin.

This year we arrived downtown about half an hour before the rest of the family and decided to walk around the various stalls in the meadow until everyone arrived and was ready to meet.  I walked past three stalls with beautiful aprons.  Minkie baby blankets and tulle tutu skirts are also quite popular at the moment.  And as always, there are plenty of choices for those looking for tie dyed outfits or wood carvings.  A girl had just begun to strum her guitar when we rounded the corner and I saw a booth that made my eyebrows jump:

A woman with grey hair was sitting at a nearly empty table with a sign that read “Planned Parenthood” in large letters. 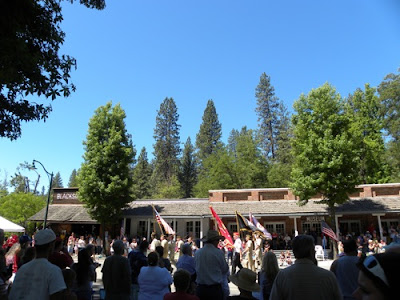 For a moment, as we continued to walk and I pointed out a pink puffy princess dress at a neighboring stall, I was confused.  I could remember with perfect clarity reading that the town’s Planned Parenthood had closed down.  After all, when that sort of thing happens, people rejoice and I remember feeling pretty joyful upon receiving that news (and after my time at PP, I felt especially thrilled).

Then I realized that only the branch in our town had closed, and that the woman was likely from the main branch, which is around two hours away.

And that seemed odd to me.  It was the only stall there that wasn’t selling food or homemade goods.  And there didn’t seem to be anything on the table that she was handing out.

As we walked around the loop, waiting for the phone call that would bring us over to the ice cream social, and keeping the girls moving so they wouldn’t get too impatient over the highly anticipated cherry pie, I had more time to think and observe. 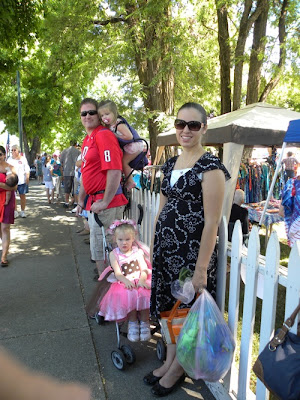 For most of the time, the aging woman sat alone.  On one occasion a small group of similarly grey haired folks stood in front of the table and spoke with her.  No one else approached the table.  Later, after pie and ice cream, when we walked through the meadow again with Nani, the situation was the same.

In a way, yesterday echoes my experience in Florida this past year.  Most of the workers we see outside Planned Parenthood are aging women, who seem horrified by the fact that there are quite a few young women these days who want to throw away the right to murder our children, which they worked so hard for.  If a person is going to make a crude gesture and hurl and insult my way while I’m praying, the vast majority of the time it will be a female retiree glaring with amazing malice.

And there are always those polls, that show, with increasing certainty, that the majority of Americans really don’t think we should be allowed to murder the unborn.

All of these signs point in a direction that makes me feel rather hopeful.  Increasingly clear technology has shown the world that a child is a child, even when nestled in the safety of his mother’s womb.  Some young people realize that they very well could have been murdered, as so many others were (and continue to be…).  You see, quite a few people in my generation don’t get warm and fuzzy feelings when they think of abortion.  Many more are willing to speak out against the atrocities that are being committed inside ordinary looking clinics across the country. 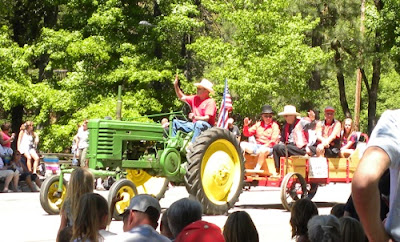 When I compare the women I generally see supporting Planned Parenthood with the faces I see when we pray outside of Planned Parenthood, the contrast is apparent.  Those praying span every decade, from babes in the womb to toddlers with sippy cups, to teenagers who are truly shocked when a sixty year old woman honks at them and makes a crude gesture.  There are always plenty of graduate students, adults with and without families in tow and retirees.  And those praying generally span ethnic groups and income levels.

Yet the angry faced women glaring as they rush out to hold umbrellas in front of every woman who pulls into the clinic are remarkably similar (and whenever I think of them I marvel at how they always let the women walk back out alone and unprotected, sitting in their chairs, umbrellas folded as another vulnerable looking woman trudges alone back to her car, the deed done, her money safely in Planned Parenthoods coffers, somehow not quite as important as she was an hour or two earlier…). 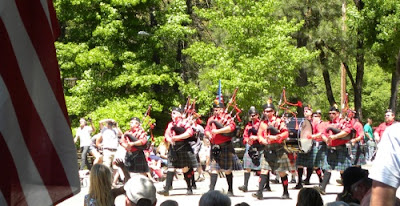 You see, I truly believe that those glaring eyes and the empty table at yesterdays celebration, are simple indicators of a lie whose times has come, as the ugliness of the evil that is abortion is exposed by ultrasounds that let all of us know that a human life is always far more than a “clump of cells.”  These staunch defenders of murder must sense that the tide has turned against them, that the evil they have fought for has begun to unravel, and they are angry and confused as they shake their fists and talk about their “rights,” still not understanding that one doesn’t have the right to extend their own fist at the expense of someone else’s nose (or in this case, we don’t have the right to tear one another limb by limb).

Will abortion ever be illegal in our country?  I honestly don’t know.  I pray that it is.

But I do believe that the heyday that these women are clinging to is passing away, as the mask is pulled off to reveal the loss of life that has taken place over the past few decades.

And that is why, yesterday, as we celebrated one of my favorite holidays, the sight of the abortion giants’ sign was not entirely unwelcome: for the giant wasn’t what it once was, and it seemed to teeter a bit as we walked away to spend the day with family and friends, forgotten by nearly every person as they turned their eyes to celebrate the good that still remains, alive and well in our country.
Posted by Cammie Diane at 1:04 PM