A Panic Attack Sort of Morning

This is cracking up to be one of those weeks.  When I'm not blogging I have all these ideas bouncing around in my head for posts that are about things other than whining... but after the last twenty four hours they're all pretty much gone.

Yesterday a bright white envelope arrived in our mail box, promising doom and gloom before I even opened it.  After the $10,000 plus in medical bills last year I can spot a medical billing note a mile off.  This one let us know that our insurance had denied Patrick's ER visit as non-necessary, even though every single person said "it's such a good thing you brought him in, what with it being Sunday night and him being 16 days old and dropped on his head."  Let's not get into how that happened.

Despite the fact that he was rushed in for a cat scan that night it apparently wasn't serious enough to be covered as an ER visit.  The thing was we're incredibly grateful that it wasn't that serious, but as every doctor and nurse we talked to that night said, you don't play games with something like that and you have to make sure...  Which also makes me think that they won't think that they're  going to refuse to cover the whole "hair tourniquet" thing because who really needs a middle toe anyways, even though, you know, they had to to a little surgery on his toe to remove it on that weekend night when we rushed in a second time.  And I feel like an idiot for following the doctors verbal and written instructions when his toe was still purple the next morning and I rushed back to the hospital because he'd said it would look normal by morning and to bring him straight back if it didn't. 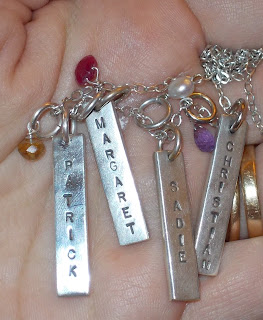 And why does this sort of thing always happen on a weekend night when no place else is open and the ER is the only option?

So the first bill arrived, for the doctor, at right around $500, with a note that said there would be other bills coming, for the hospital and radiologist I'm guessing, and I took a deep breath and tried not to panic.  Paul's going to call and argue whether or not it was an "emergency" so that hopefully it will be covered.  But I'm not holding my breath.  And if that doesn't work... payment plan here we come.  If my worst-case-scenario thinking is right and they don't cover the save-Patrick's-baby-toe visit I'm guessing we're looking at three to four thousand dollars.  Right around six months rent.

And of course tomorrow the car has to go in and get fixed, since the seal on the windshield broke, and water started pouring into the car when it was being washed... and you can't have a car that's not water tight during the winter (or spring, or summer, or fall) in Michigan.  If it's an easy fix it will be $40.  If they have to remove the windshield to fix it, it will be $110.  And if the windshield shatters, which, I've been told, it is more likely to do since the car is from Florida and the windshield was subject to extreme heat or the past 13 years, it will be $210. Deep breath.

Can you tell I'm having a panic attack sort of morning?  And why does everything always seem to happen at the same time? 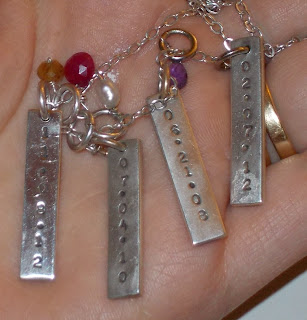 It doesn't help that today is February 7th... which is the day when I wish I could just pull the covers up over my head and not get up.  Moms don't get that luxury though.  No calling in sick because I'm missing a baby that should have been one today.  At least today is one of Paul's shorter days.  He won't be out until 1 or 2 in the morning studying today.

Anyways... It's been a tearful morning.  And I'm hoping I'll be better at putting my actual useful thoughts into words in the near future, instead of experiencing the stress/ sorrow induced writer's block of the last couple of weeks, which seems kind of silly as I write it because I really have been happy 90% of the time. It's just those moments when this looming date hits me with it's proximity and I think of how Sadie and Mae were at one and of their birthday parties, and I find myself thinking quite suddenly of holding him in my hand and pleading for water for a conditional baptism and then arguing with the nurses over whether or not they would return the body to us for baptism, and for a moment it's hard to be happy that we have a little saint in heaven when I really just wish I could have kept him here with me on earth.

But that's February 7th for you... at least tomorrow it will have passed for one more year.  And it has to get easier, doesn't it?  As each year passes?

I'm going to try to spend the rest of the day remembering how blessed we truly are and being grateful for our little saint that's praying for our family from heaven.  Prayers are appreciated!
Posted by Cammie Diane at 11:10 AM