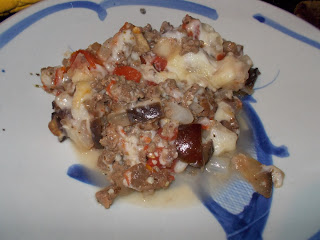 Yesterday I was going about my day when a sudden realization struck me.

Mae Bae hasn't been having tantrums.  She hasn't been going through her daily 4 o'clock hour of terrors, where she engages in the systematic destruction of the house. She's been exceptionally cuddly.  And I have been seriously more relaxed on those long days when it's just me and the kids while Paul is in class during the day and through dinner and then stays at school to study late into the night.

When did this happen?  I wondered, as I puttered around in the kitchen.  And then the answer popped into my head and stopped me in my tracks.  It's been about two weeks... which is around the time I ran out of bread and rolls and hadn't bought more simply because they weren't on my meal planning list.

I wasn't intentionally avoiding them with the girls, it just so happens that I haven't been cooking with wheat since Patrick and I can't have it, and as a result, the people I'm cooking for are eating a lot less of it too, since I try to make something that everyone will enjoy.

And Mae is like a different toddler when it comes to tantrums.  She's still destroyed quite a bit of furniture, but the difference is that I haven't seen her intentionally destroy things.  It's usually the result of her... unfortunate... climbing prowess and the fact that she's bigger than you're average two year old. She isn't breaking things when she's having a tantrum.  She's breaking them because she's climbing something and that something isn't built to hold forty pound of two year old (like our space heater). 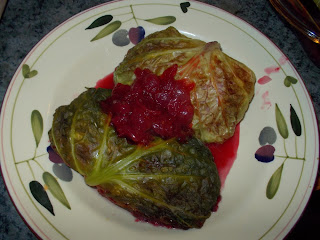 Now I should mention that usually the child is practically addicted to all things bread.  Given a choice between bread and candy she'd likely take the bread.

This morning, however, helped cement the discussion Paul and I were about to have to make.  He got up early with the girls and gave them cereal... wheat cereal.

An hour of screaming followed.

She has started talking... which could account for the difference.  But this change began two weeks before she started bubbling over with words, which makes me wonder more if this diet change has actually contributed to her sudden ability to communicate with us.

We discussed the research I'd discovered last night and talked about the changes I've seen.  And Paul agreed that he wanted to try giving up gluten and wheat too, after hearing me gush for a month now about how I feel better and have more energy than I've had in years.  So we're going gluten free al together now.

I never expected this.

You see, it wasn't like I felt particularly "bad" before.  At least I didn't think that I did.  If you'd asked me I would have said I'd had a rough year, with all the illness during my pregnancy with Patrick, but that I was fine.  Maybe starting to feel a bit older and more run down, but fine.

And I was skeptical of all the various diets that I saw floating around.  Sure, they were okay for other people, and seemed to work for other people, but we were okay eating the way that we ate.  I cooked healthy homemade meals.  I love to bake.  I didn't think we needed to change.

I'd think of my ten years as a vegetarian and how so many people had told me I would be ill if I ate meat after ten years without it and how the transition had been smooth when I did decide one day to have a streak, and I felt exactly the same, no better or worse than I had in the previous decade.

Nothing short of Patrick's allergy would have changed things, because I didn't think anything needed to be changed.

Then I began this new diet... and after the first week of sugar and carb withdrawals, I felt like a different person.  I feel like I've dropped a decade off of my energy levels.  My weight has stabilized now, below my pre-pregnancy weight with Patrick, and I'm able to eat until I'm full without having to count calories to make sure I'm getting enough.  When I eat wheat or something sugary, I feel sick.  And the two migraines I've had in the past month were both when I was testing new foods... first when I ate sugar (a small amount too!) for the first time in two weeks and the second when I ate wheat.  Other than that I've been migraine free.  I'm hoping with these diet changes I might stay that way.

It has been quite a change.  I'm compiling my own recipes as I learn to cook all over again.  Cranberry Chicken Cabbage rolls is a new family favorite.  I am relieved that we can have dairy and non-peanut legumes (Mae Bae loves chickpeas), so we're not strictly Paleo, although the Paleo recipes I've found have been very helpful.  I'm a little in love with spaghetti squash at the moment.  And my arms were sore today after making sauerkraut for the first time.

The whole family is also enjoying Paul's Valentine's day present to me, a homemade ice cream maker that guarantees we know exactly what's in our ice cream.  I've come up with a pumpkin and a blackberry recipe so far (both using rice milk) and I can't wait to see what else we can come up with.

It's been a crazy month since Patrick first started breaking out in hives.  He's now been hive free for five days, the longest we've gone without a reaction of some kind.  And while I pray he grows out of these allergies, I'm thankful for the information we've gained these past few weeks and the boost of energy these changes have given us.

And I'm thankful that the toddler is no longer focused on systematically destroying the house.

So I'm excitedly saying goodbye to gluten and hello to a whole new kind of cooking!