"Mommy, Can I Eat A Scorpion?" 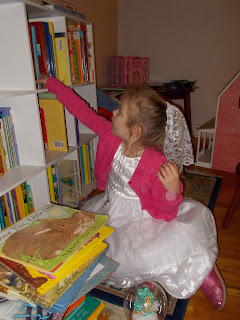 This week Sadie became obsessed with a book on insects.  It was mine, from sometime around the fourth or fifth grade and has a giant picture of an ugly green bug on the front, with six spike covered legs.  Unfortunately the inside of the book doesn't have anything about the bug on the cover which caused us to repeatedly have different versions of this conversation:

Later in the day, while looking at the book, she surprised me with a conversation that began something like this:

Yeah.  My little pink loving "I'm a ballerina princess" girl and her love of the BBC documentary "Walking with Monsters" which involves a whole lot of prehistoric creatures eating each other, which we discovered while I was searching for ways to keep her entertained in those last days before I went into the hospital last fall for the virus.

The upside is that this does carry over into real life.  She loves squid and she tried salmon yesterday and liked it and begged for a portabella mushroom over a piece of pizza earlier in the week... but scorpion?  I don't think I'm quite up to that order!
Posted by Cammie Diane at 8:40 AM