It's time for another round of Five Favorites:

If I could I would eat these every single day, forever and ever.  Since they're a little pricey and Paul's mouth dropped open when he saw the price, we'll say it's going to be more like a monthly purchase (when I said that he may have said something like "if that often").  But they are delicious.  And they're gluten free (and vegan).  Seriously.  They're like little bits of wonderful melting in your mouth.  I'm not sure I knew that a gluten free (and dairy free and egg free) cookie could be this wonderful but they are.  If you ever see them in a store run to the counter to pay for them and then sit in the car and eat half of the box (don't worry, that's not that much, the boxes aren't that big):

So the weather people basically did a commercial for this radio last night.  They began with something like "tornado season has arrived in Michigan, with the first possibility being Thursday night", and I sat and thought "but we don't get a lot right?  I mean you don't think of Michigan when you think of tornados do you?" and then went into the need for a weather radio.

Someone might have rolled their eyes when I broached the idea this morning... but at this point I'd kind of like one (read: am going to drive out and get one tomorrow when Paul gets home from his classes).


The dehydrator is high on my list of favorite kitchen tools at the moment.

I think we need to plant strawberries this year... 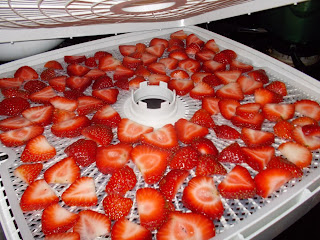 I love that our grocery store has a horse that costs exactly one penny to ride.  A mention of the horse can mean super behavior for an entire trip to the grocery store: 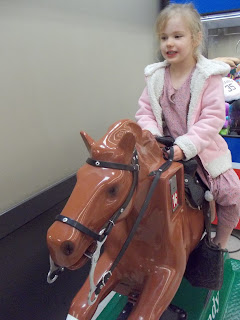 For the past year I've been perfecting my chicken fried steak recipe.  I thought that the diet changes were a big setback but... they actually ended up being helpful.  Here's the latest: 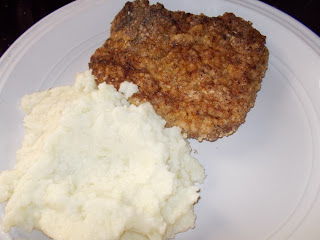 The chicken fried steak is a cube steak sprinkled with garlic powder and then dipped in egg.  It's then set in a mixture that's 1 part rice flour and 2 parts quinoa flakes.  After that I cook it in a frying pan barely coated with olive oil until the sides start to look crisp (just a couple minutes) and bake it at 350 for about 20 minutes.  Sometimes I sew it with marinara sauce and noodles (and in the past cheese) like chicken parmesan.  This week I decided to see what the family thought if I added it to another new recipe.

I steamed chopped cauliflower and then pureed it with melted coconut oil.  Then I added a bit of kosher salt, garlic powder and onion powder and mixed it well.  It was surprisingly delicious.  Even Paul, hater of all things cauliflower admitted that he liked it.

Which makes it my favorite meal of the week!

Those are my favorites!  Head over to Moxie Wife to see the rest of the link up fun!
Posted by Cammie Diane at 7:52 PM