Back when we lived in Florida I created this little home altar space on my favorite little dresser.

It was great while it lasted... but on one unfortunate day I found that the height wasn't idea when Mae yanked the piece of cloth under the statue off the table and brought the statue crashing down... in about a hundred piece (did you know they're filled with pebbles sometimes?).  I carefully super glued the statue back together, matching the edges as perfectly as possible until you could hardly see the breaks and kept it away from the "Mae Monster." 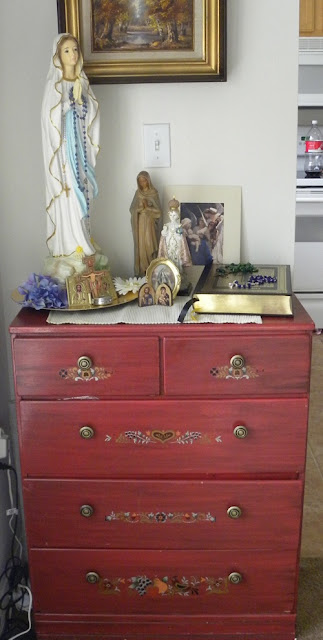 And when we moved I found a most out of reach place for our home altar...

The mantle above the fireplace.  And after tinkering with it and rearranging it, I like the arrangement of the moment enough to take pictures... So without further ado, here it is: 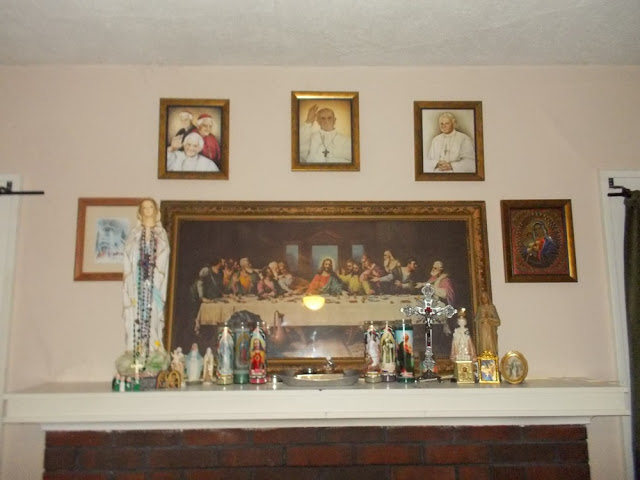 The candles are a big deal to the little girls.  We light them for the family rosary and if they aren't lit, like because the wicks are so far down they can't be reached with a normal match, there are huge protests... 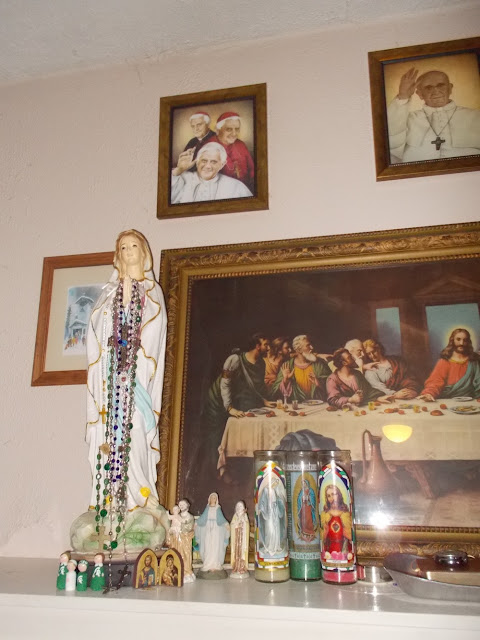 See, you can hardly tell that statue was in a hundred pieces.

It's a good thing I liked puzzles when I was a kid. 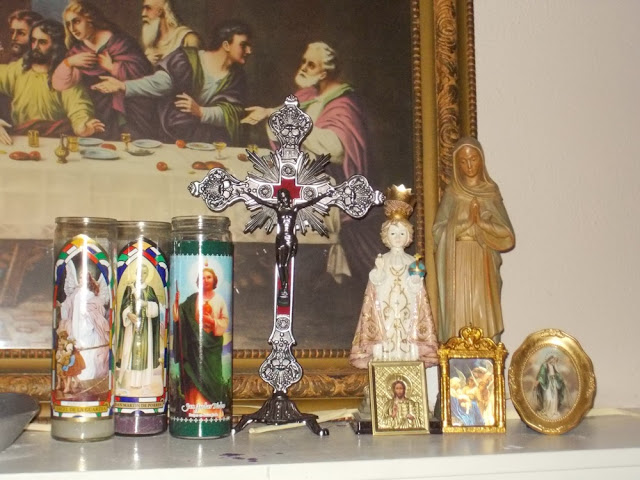 And that is our home altar.  I had to assure Paul when he got home that there was no hidden sacrilegious meaning in putting the Pope pictures above the other pictures.  It was simply that the 40 lb last super can't really be hung on our wall (by someone with my non-picture hanging talents at least) and so it's supported by the mantle, and there was room for three pictures above, and I happened to have three pictures of our last three pontiffs that I wanted to hang in close proximity to the altar that fit perfectly.  My plan was to make the picture of Jesus the focal point and have everything fan out from there.

And that is my latest version of our home altar!
Posted by Cammie Diane at 10:45 AM