What I Wore Sunday

The day started with another bath in the stock pot to at least momentarily de-Vaseline the Vaseline/Crisco baby... and I've noticed that he seems to have Daddy's hair.  When it's just been washed and is clean it curls! 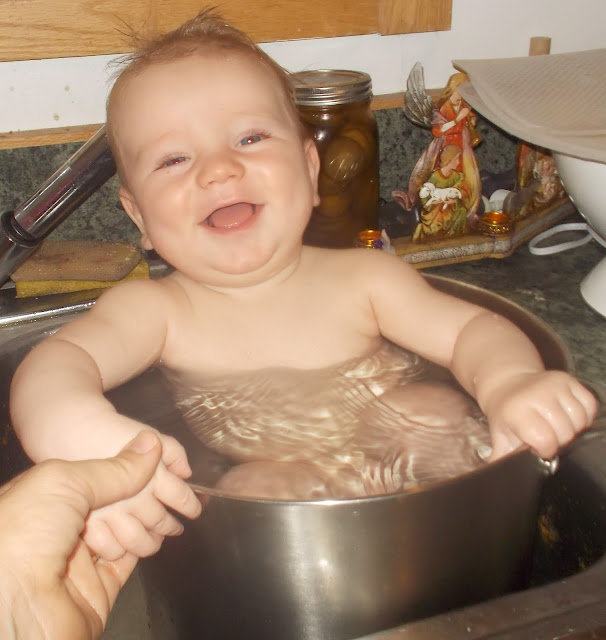 Mae wore a dress that was mine when I was little, with stretch pants, cowboy boots and her cardigan.  In this picture she's examining the cardigan making sure every. single. button is buttoned perfectly in an attempt to find something to collapse on the ground to cry about (sometimes when the buttons are buttoned but don't look right we cry about it too):

I'm wearing a scarf in my hair that (if memory serves) was my grandmother's, a maternity shirt that came in a huge box of maternity clothes that I got second hand (I think it probably ended up costing about 50 cents), a cardigan that I think I got at Old Navy around the time that we got married and a skirt that I bought for $1 at a garage sale (that still had the tags on it).

Can you tell the kids were thrilled to run outside after we got home from Mass to be in the picture that I'd forgotten to snap earlier? 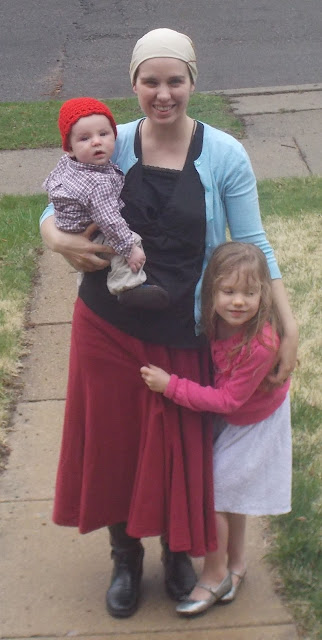 Mae did really well for most of Mass and then completely fell apart as we were walking back after receiving communion, knocking her Mass grade from a solid A to a C- (C- bordering on D for an idea of how bad the outburst was... which required instant removal from the entire building).  She was wheezy though... which is likely why I'm not giving her a straight F for the morning.

And here's a bit of sibling cuteness that I snapped after Mass.  For some reason I really like this picture.  They are both awake: 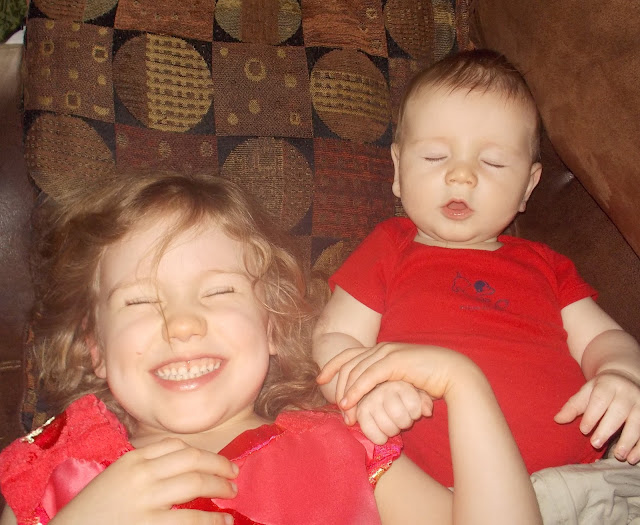 For more What I Wore Sunday head over to Fine Linen and Purple!
Posted by Cammie Diane at 7:57 PM