What I Wore Sunday: Patrick is Dressed Like a Monkey Edition

I've gotten wise to my children and their Sunday outfit destroying ways and so this morning I slipped on my Crafty Mamacita apron (which happens to be the most awesome apron in the world!  I love how much coverage it gives!  And it's polka dotted pockets!  And the fact that it's reversible with polka dots on the other side!) and let the kids do their worst.  My dress even survived morning the greasing of the Vaseline/Crisco baby!

Sadie snatched up my shoes and tried to walk around the living room in them.  She was a little wobbly!

Oh and do you see the "Little House on the Prairie" hair she's been requesting, complete with ribbons.  She's begging for a yellow bonnet too, like Laura's (we've been watching the first season of LHOTP as a treat and we're almost finished with The Long Winter). 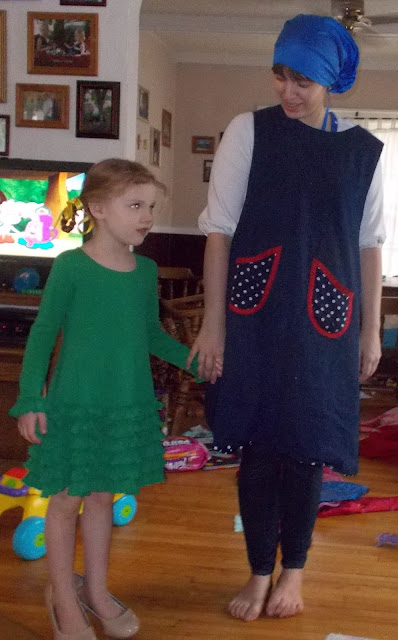 Patrick got bundled up because I didn't trust our lying security system which said the low was going to be above freezing: 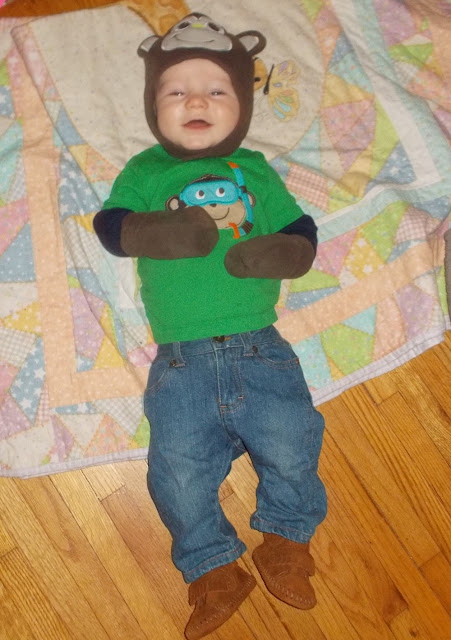 Oh and this is the mixture he's slathered with twice a day, per the allergist's orders, in case you were curious (okay, I know you weren't, but here it is anyways): 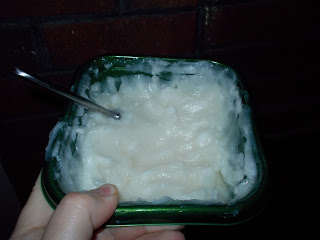 I love his little expression in this picture! 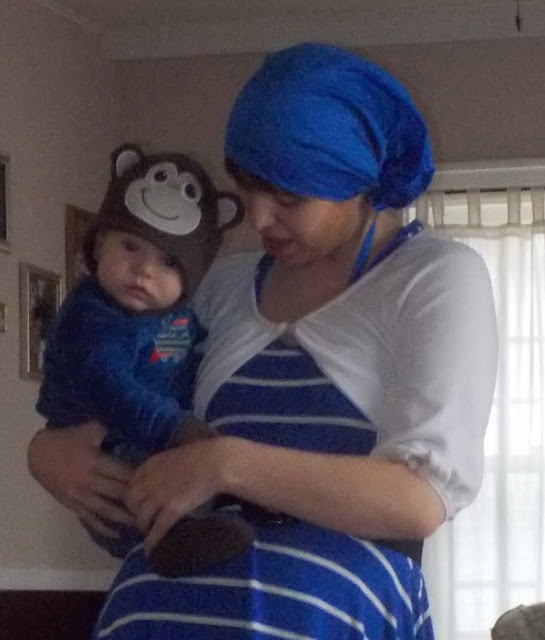 It's hard to catch our wiggly whirling girls on my (not particularly spectacular) camera: 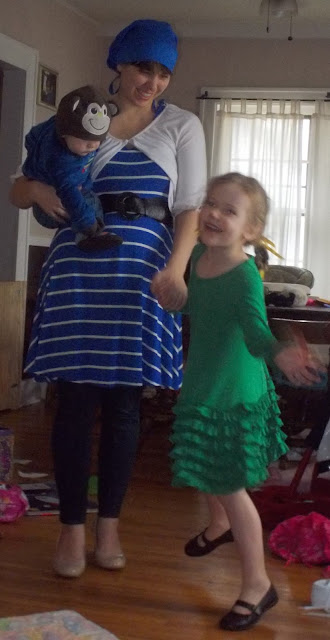 Today I wore my favorite Old Navy dress, with my blue snood, a sweater from Macy's from 2008 and a belt taken off of one of my other sweaters.  Oh and those shoes which are fine when you're not holding a 40 lb baby in a baby carrier for an hour, but which become a special penance with those extra pounds:

Sadie wore her "green ruffle dress" which Nani gave her for Christmas.  It's from Chasing Fireflies and is one of her favorites.  Mae wore the Dora dress I made her for Christmas, along with a purple sweater handed down from me (yes, it's that old).  And Dora kept the peace while everyone got dressed:

I was right about the weather.  That's hail in Mae's hair.  Which turned to snow (with some giant snowflakes).  And that finally stopped and now it's just grey and overcast outside: 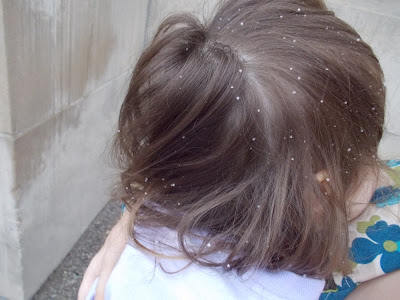 Here we are hurrying to our van after attending Mass (during which none of our children earned above a C+ for behavior and someone who is definitely old enough to know how to act tried to get up and dance during the homily).  That's the Capital behind Paul (to give you an idea of how close the cathedral is to the capital building). 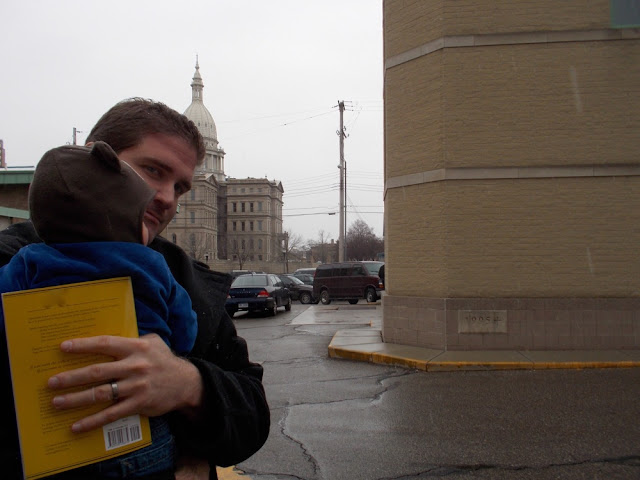 And here's lunch, which I thought deserved it's very own photo montage, mostly because I set up the dehydrator I got for my birthday and collected the five half eaten apples the girls left around the living room and sliced off the eaten parts and made dried apples, and then banana chips and "strawberry chips" (what Sadie called them).

The side dish was butternut squash and sweet potatoes baked after being tossed in coconut oil mixed with cinnamon and a little kosher salt: 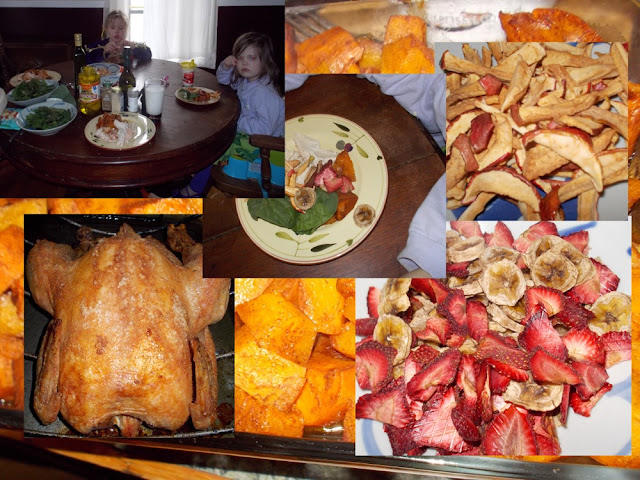 And while I'm rambling about food I have to share this.  Last night I made mini meatloaves from my favorite Paleo cookbook... and I made homemade ketchup to go with it.  I am inordinately proud of the ketchup, so it also got it's own picture too (which is mostly because I did realize that giving the ketchup it's own post might be a little over the top, since it's not even my own recipe): 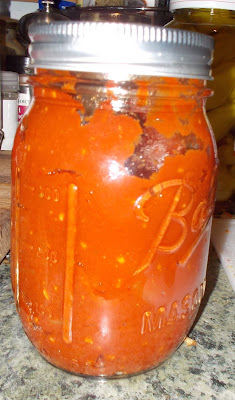 And that is my post for What I Wore Sunday!  Visit FLAP to see what the other ladies in the linkup are wearing!
Posted by Cammie Diane at 3:36 PM