The children and I ventured outside for the first time (for any considerable length of time) in what felt like ages.  And we were greeted by a beautiful sight.  Blue sky: 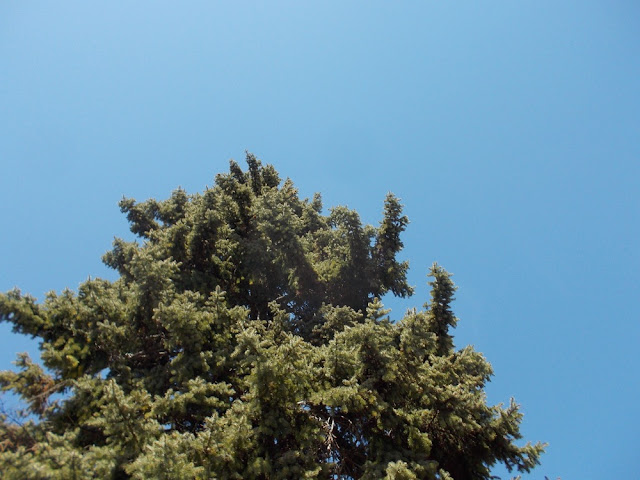 In this picture I believe Mae is shocked... What's that glowy burny thing in the sky?  Who stole the flat monotonous grey? 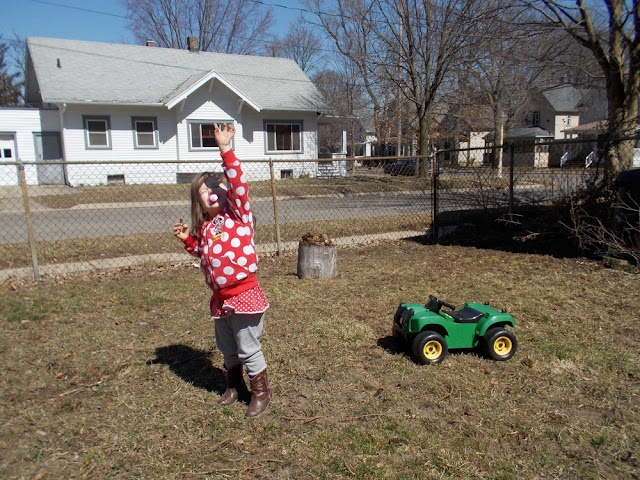 So, everything is still dead and wintery, but still!  Blue sky! 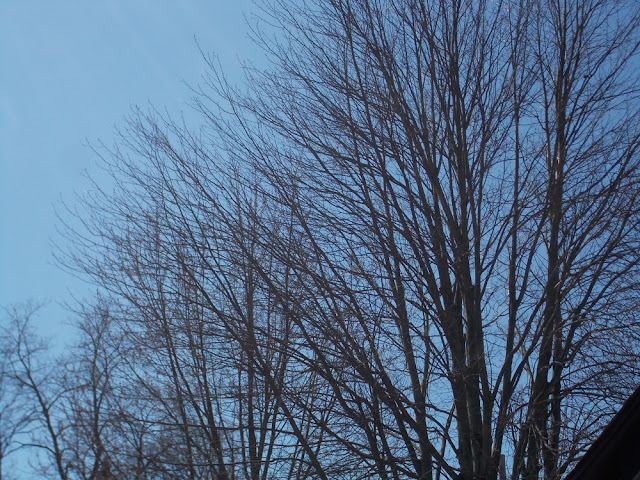 This was the first time Patrick had gotten to go outside to just hang out.  Sure he'd been out on walks and trips to the zoo, but I never took him out to lay on a blanket and enjoy the months of 20 degree awesomeness.  Which is probably a good thing because, despite being quite bundled, he acted like he was freezing after five minutes of 50 degrees (and being in the sun, which felt downright balmy to the rest of us) and spent the rest of the time snuggling under my coat... and of course, Mr. Giraffe was there to take a nap with him: 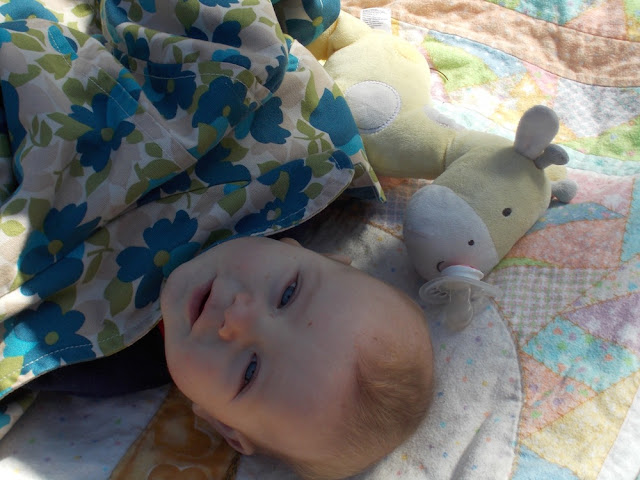 She did this for roughly two hours: 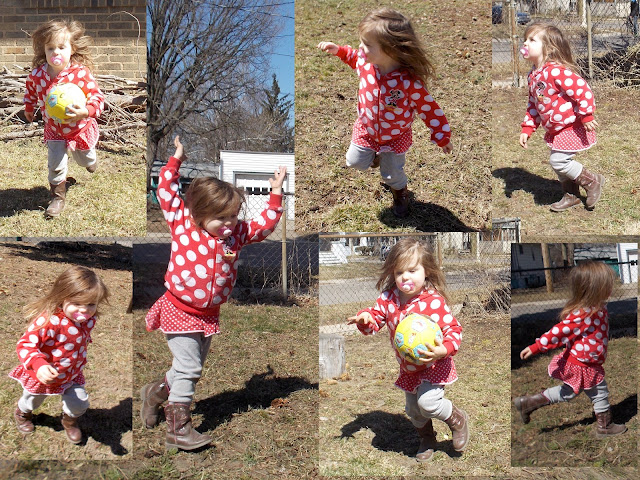 ...before collapsing into this chair: 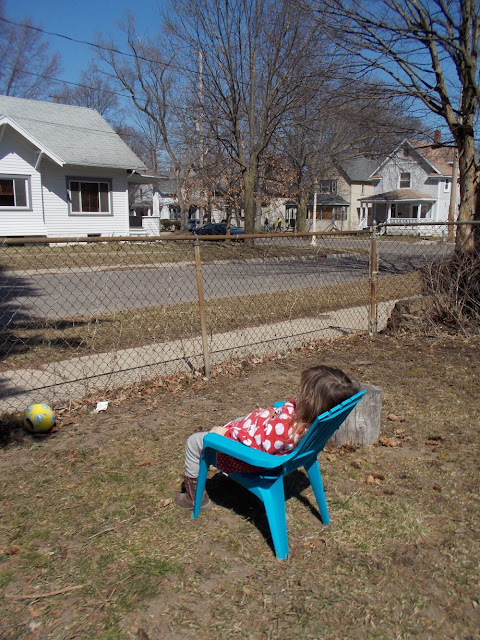 And then Daddy arrived home from class and it was time for something that made me extremely happy.

My belated birthday dinner.  The first meal, I pointed out, that I hadn't made myself, in 50 days, since Fat Tuesday (Paul objected and said "remember that time I put that gluten free rice pizza in the oven").  Thanks to Nani and Grumpa for the birthday girt card to Chilis (one of the few places where I can eat and Patrick is okay).

And 50 days of meals from scratch?  I have to admit.  I'm kind of proud of that achievement! 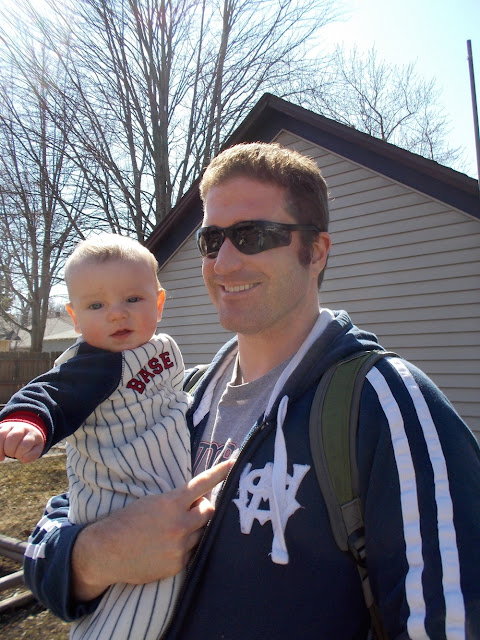 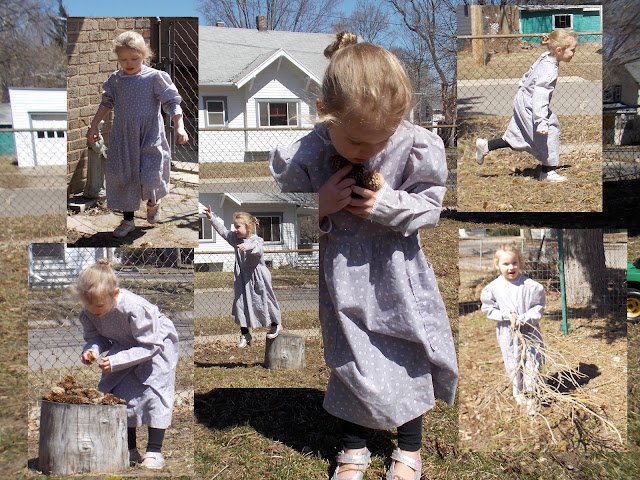 Sadie was really, really busy.  She threw all the sticks into the back part of our yard, outside the play area, and collected pine cones.  She told me she was working with "Laura and Mary" to show them what a good worker she was.  Then one of neighbors got home with his daughter and came over to say hi and meet Patrick.

And Sadie launched into this:
Sadie:  "Hi.  I want to be a saint."
Kindly Neighbor:  (thinking he misheard): "You want to be what?
Sadie:  "I want to be a saint."
KN: (strained uncomfortable pause):  "Oh, that's nice."
Sadie:  "I want to marry God.  And that" she points to a statue of Saint Francis then trots over, lifts it up and carries it across the yard, "is our new Pope.  I want to grow up and be a saint and go to heaven to be with God.  The old Pope went away from the world and is praying for me to be a nun."

At which point I tried to re-guide the conversation towards something that didn't cause anyone to look like they were hearing something totally crazy.

Oh... and the dress?  It was my "Little House on the Prairie" dress when I was little and she insists on wearing it because "some people have never seen a prairie girl before and I need to show them what a prairie girl is like."

Oh yes.  There is work to be done. 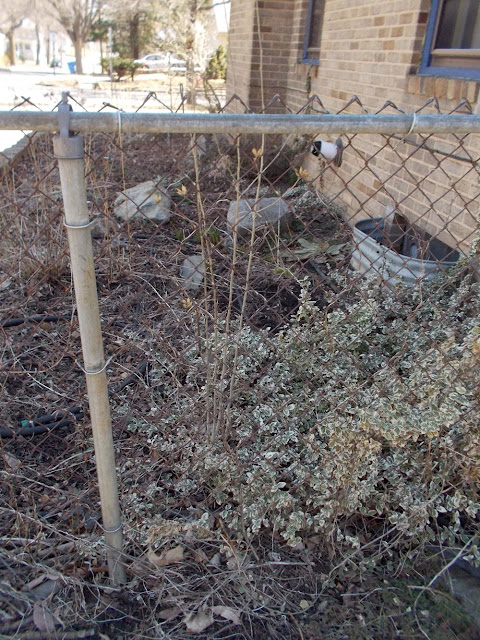 And sometimes that work involves giving your sister a good hard shove while Ma yells not to push, because she went after your pile of pine cones... 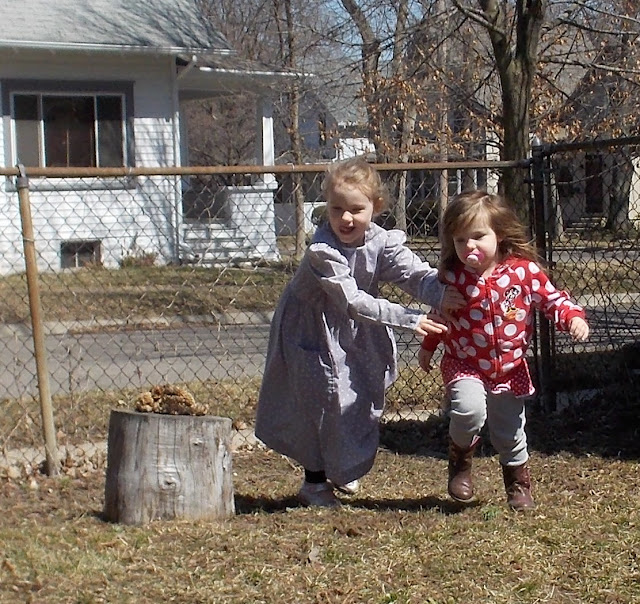 And of course, I'm linking up with Like Mother, Like Daughter a day late!  So go over and check out the other {phfr} posts!
Posted by Cammie Diane at 8:50 AM