7 Quick Takes Friday: I'm So Not a Fan of Fireworks At the Moment Edition

After we had cake the kids were playing quietly and I asked Paul if he could keep an eye on them while I went upstairs to lay down and upload some birthday pictures so that our family all around the country could see them.

I plopped down on my side of the bed, with my head a few inches from the open window and started to weed out the not-so-great photos.  Outside my window it sounded like world war three was unfolding.  There were huge explosions about every 10 seconds that I'm assuming were fireworks, so that I imagined our across the street neighbors were repeatedly firing an anvil (okay, I know, probably not since we practically live downtown and because I didn't see any anvils flying through the trees...).  Still, as I lay there, clicking and uploading and writing my {phfr} blog post I felt a pressure building and building in my head.

And then with one explosion too many I felt a trickle of fluid start and I touched my ear and felt a little bit of fluid, along with more draining down into my throat.

I lay there and thought:  That didn't just happen.  Right?  I totally just imagined that.  Didn't I?  It hurt, but more than the hurt was the pressure, the incredible feeling of pressure that I'm totally at a loss to describe.

But I was a brave little trooper.  We were going out for Mae's birthday dinner (and besides making dinner didn't sound all that great with all the tilting) and so we went out.  That was when the buzzing and ringing started, giving way to occasional moments of not being able to hear out of the other ear (not the one that had felt wet).  Mostly it was just a dull throbbing, with moments when I felt completely normal and tried to convince myself I'd imagined the whole thing, and then an occasional stabbing accompanied by the room tilting and feeling sick to my stomach.

"Well," I joked, still more than a little bit in denial, "at least I'll probably talk louder since I can't really hear as well."  Paul always complains that he can't hear my soft voice over the din of our noisy group.

"You already are." He responded.

This morning I woke up and lay still.  I tried to shake of the grouchy feeling since the fireworks had gone on all night, booming me awake over and over again until early this morning.  Maybe it was just my imagination, right?  I sat up. I was a little off balance, a little clumsy.  And my ears? The pain is mostly replaced my itchiness and occasional dizziness.

Oh and I swept the floor and tried to dump it into the garbage and totally missed... and I don't think I'm usually quite that clumsy.

Since Take #1 was like it's very own rambling blog post I'll let Take #2 speak for itself.  Here is Mae Bae's cake.  Sadie helped me decorate it until she got too tired to help (she crashes at 7:55 every night): 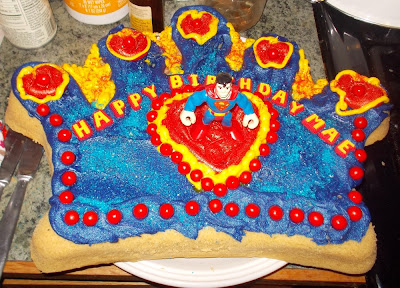 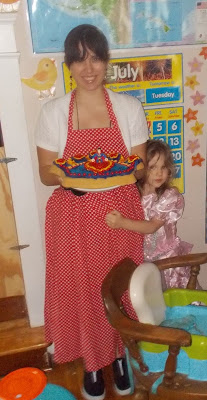 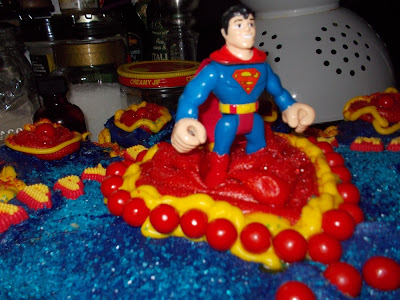 Can someone tell them to please stop growing so fast: 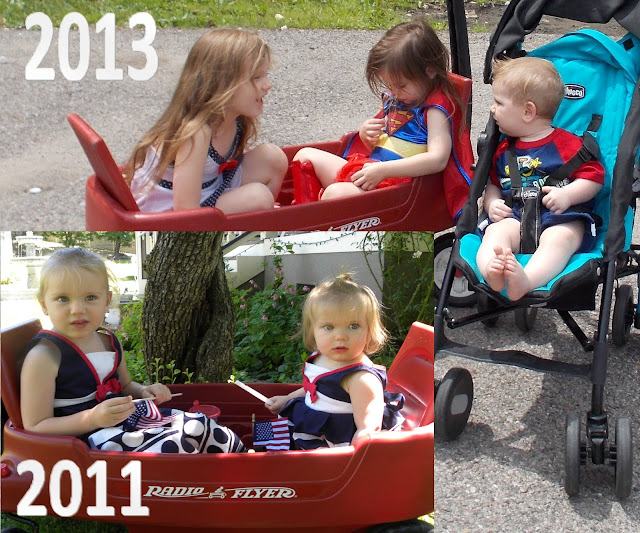 In case you were wondering (I know, you weren't), Super Mae does nurse her baby: 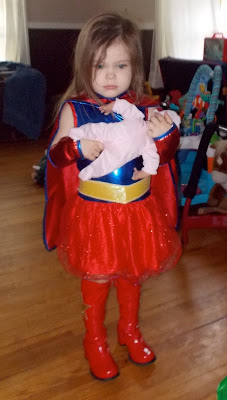 I fear that my children are not getting the idea of the sit and spin: 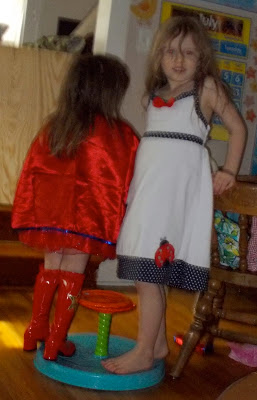 And no, we didn't take her to Taco Bell for her birthday dinner (despite the fact that it was her sister's vote).

Now for a self portrait in the car... just because: 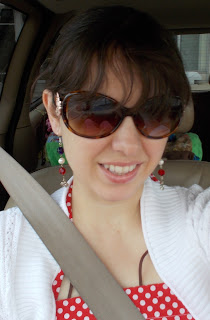 Any Sam's Club fans here?  I didn't really have an opinion one way or another but after reading this post I was actually motivated to go over to their facebook page and leave a comment (and a lot of other people had the same idea).  They basically treated a military family pretty horribly the week before the fourth... and I most definitely think they should hear some feed back for their incredibly horrible customer service in this particular case...


For more Quick Takes, visit Conversion Diary!
Posted by Cammie Diane at 9:17 AM