Ten Minutes in My Head 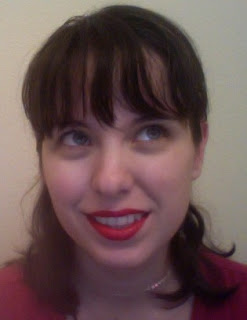 There's a twenty degree temperature difference between the upstairs and the downstairs of our house that had Paul sleeping on the couch last night, apparently not willing to brave the ninety degree upstairs at bedtime.  Okay, ninety degrees is a slight exaggeration (very slight)... so maybe it's more like a 15 degree difference.

Yesterday was one of those days where the high was 89 but it "feels like 94."  I was sewing upstairs where it certainly felt like 94, and when it started to rain I almost cheered.  I refreshed weather.com's page to see what the temperature was as the rain started to fall and it said 88 "feels like 96."  A jump of two degrees in the "feels like" category.  Oh humidity, thou art my enemy.

I know, I know, it's not Florida.  It's hardly even really humid in comparison (or so I tell myself).

And we have fireflies, which makes everything better, even when it is 90 degrees and sticky feeling upstairs in the bedrooms, despite the fact that the sun set three hours earlier.

Which is why this conversation (which you already saw part of if you're on my facebook page) occurred when Paul got home from the law library (because oh my goodness he's still studying for school!) and found me peering out the window.

Paul: "You look like a peeping tom."
Me: "I'm trying to see fireflies. Are they out all night? Or is it like a dusk thing?"
Paul: "I have no idea."
Me: "How can you not know these things?"
Paul: "Maybe you could look it up."
Me: "Maybe I can ask my readers."
Paul: "Because that's better than Wikipedia. Why look it up when you can ask people."

But then I would miss out on a conversation about how awesome fireflies are Dear Husband, with all the other firefly appreciate-ers out there.

Can you tell I'm in a random mood right now?  I am.  It may be because I'm trying not to focus too much on how depressing all the news related conversations and word wars I see all over the internet are at the moment.  Maybe it's the heat?  Does it seem like the craziness has been ramped up a bit where you are?

At the moment all my energy is focused on my major reorganization of the house, which involves moving things around and finding a place for everything and scrubbing it from top to bottom, quick before law school starts back up and I have no time to do anything ever again (although even with law school out I kind of feel like I'm still in survival mode right now).

Right now our house is in that stage of cleaning where it gets worse before it gets better... at least that's what I'm telling myself...  Maybe I'll show pictures in a week or so and you can think "wow that looks cluttered" and I'll be like "no, that's super, super clean, way better than it was before" and it can give those who had that first thought a little self esteem boost about their house (I know this happens because I've been on Cafe Mom when someone shows pictures of a beautiful house that I think belongs in a magazine and half the comments are "oh wow... that's so tiny and cluttered... I'd be embarrassed to live there... and I would never show pictures in public..."  And I'm like... um...).

Yup.  My cleaning skills exist to make other people feel better about themselves... I'm telling you.

And that is my daily stream of consciousness on this morning when I can think of absolutely nothing to write about...  maybe later I'll be able to manage Paul and I's "how we met" story... It's on my to do list!
Posted by Cammie Diane at 8:17 AM

Email ThisBlogThis!Share to TwitterShare to FacebookShare to Pinterest
Labels: day to day, TMIMH