Maybe skip this first little italicized paragraph in which I stress about stuff to get straight to the happy.

Today is a good day for me to actually come up with a Five Favorites post so that I can spare you the post that I just wrote about how Comcast is driving me completely and utterly crazy (it wasn't a short one either folks) or how it's been like 85 degrees and 100,000% humidity and the upstairs in my house feels like a sauna, or how I just walked down to the basement and saw that the floor looked a little wet in the box room in the place where the floods inevitable start, and we'd stupidly moved boxes back into that room when I was still trying to organize before the mold situation occurred and I was no longer able to go downstairs without firing up my asthma from non-existent to full blown.

So sitting down and thinking happy thoughts is exactly what I need to be doing right now so that I don't turn into a moody little rain cloud and drift away.

Besides, there's a post I've been meaning to write for months and I've never gotten around to it and I think it would fit perfectly with five favorites.

Since the vast majority of my cooking is from scratch these days, I rely on spices more than ever to make the things that our family likes to eat.  I've always (at least since I've started cooking more than hot dogs and grilled cheese) used a lot of spices (let's just say that they don't sit around and go bad in my kitchen), but now I use a ridiculous amount.  Narrowing them down to five was pretty much impossible until I realized that I tend to think of them in little groups and use them together.  And so I offer my Five Favorites, Spice Edition... and if you have a favorite spice you don't see here definitely share what it is and what you like to make with it! 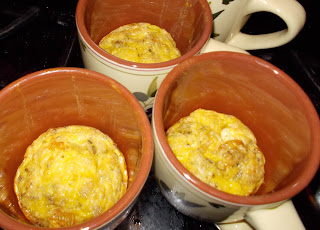 I try to remember to buy these two spices (especially the garlic) in the big containers  Once in a while I forget and get a little shaker and I use the entire thing up in much, much less than a month and then try to remember to get the giant half gallon size thing with the handle to refill the cute little shaker that actually fits in my spice rack.

I use these two spices in almost every recipe that I come up with.  That may sound odd because I use actual garlic and onion in most of my recipes too... but it adds just a little extra flavor that I miss when I don' use it.

From chili to spaghetti to lasagna to steak to a roast chicken these two powders (usually accompanied by kosher salt) are a basic part of most meals I make. 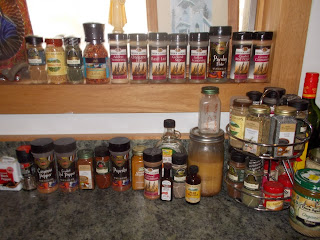 My poor husband.  Before we got married he didn't do well with spices.  He has been quoted as saying that "ketchup is spicy."

I, on the other hand, tend to think that many recipes could be improved with a little more chili powder and red pepper.

Our relationship may have only survived dating because I didn't really cook at that point (hot dogs, grilled cheese and anything else on the foreman grill doesn't really call for any sort of seasoning expertise).

But once I started cooking a balance had to be found.  And basically his spice tolerance has gone way, way up since his ketchup is spicy days.  And I hold off on the crushed red pepper (for the most part) and then sprinkle it on my own dish...

When I was going to school in South Africa one of my friends and I used to stop on the way to class and buy samosas from the street vendors.  They were delicious and they were seasoned with a spice that I didn't recognize.

When I got back to the states I missed them (and couldn't find any that were comparable, even at restaurants) until one day I smelled a spice and realized that that was the spice that was in the samosas we'd eaten.  Once I recognized it I began to find it in all sorts of different things and now I buy it in the same bulk containers I get garlic powder in.

I usually use it these days in tacos and with other spices as a rub on steaks... and one of these days I'll get around to actually learning how to make samosas... 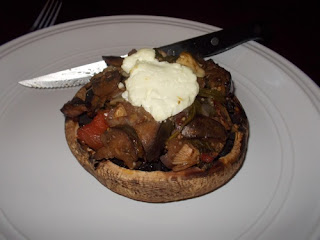 These are the first three spices I began cooking with.  I knew all of one actual real recipe when Paul and I met, which was a complicated spaghetti that I'd learned to make in Cape Town and these three spices were the basis for that recipe.  I've used them to season yeast bread, in cream cheese based dips back before our dairy free days and in spaghetti and lasagna and soup.

I thought that I relied primarily on oregano and basil (since I usually don't need more than a tiny bit of tarragon) but after running out of tarragon a few months ago I developed a whole new appreciation for it as a key spice in my spice cupboard arsenal.

For more Five Favorites head over to Moxie Wife!