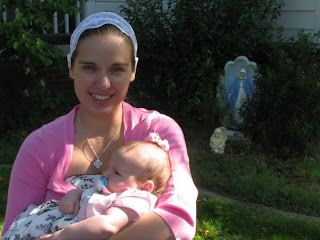 When I realized that today's topic was statues I started kicking myself because last week I'd planned to do something wonderful and special with our home altar and right now it's still in need of a good cleaning again and since Sadie and Patrick both seemed to think it was morning when Paul got home from work last night at 4 am I'm not quite motivated enough to get up and actually do it (we have finished school for the day however, so gold star for that).  I was about to go ahead and post this photo as my statue picture, even though, if you've been around here for long you've probably seen it about 50 thousand times because it was my profile picture for years (and yes that's Sadie, which means it's how old?  Five years?):

But then I started scrolling through my pictures and I realized that we did in fact take a picture in front of a statue and it was taken just this last Saturday.  So while it's not exactly what I was planning when I got all excited about the idea of a statue post, it is a picture I'm a fan of, especially with Sadie climbing up in her "prairie girl outfit" and touching the statues foot: 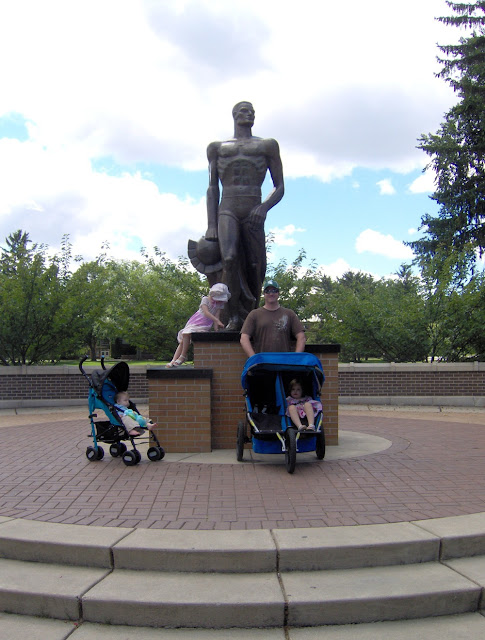 So... how many of you can name that statue?  I actually felt like we lucked out just walking up and getting a picture.  There was a group in front of us leaving when we got there and a group waiting by the time we snapped our picture and when we were walking to the car there was a group of about 50 getting their picture taken!

And of course I'm linking up with Clan Donaldson for Theme Thursday!
Posted by Cammie Diane at 9:38 AM