Last month I began writing our love story (okay, I rambled about myself for a while, which led right up to the moments before I met Paul).  Last night I began the second half of the story (which for some reason seemed intimidating to write!).  But because I'm apparently still in a rambling sort of mood I just kept rambling on and on, and you basically get the entire story of our family up until the present day... So, for anyone who's interested on those first fateful moments (and the eight years that have followed) here you go!

We arrived at the brewery about ten minutes after I realized that I was being set up and showed our IDs to go inside.  Paul was asked if he wanted to meet me and then was told that I was the blonde girl sitting at the table.  He walked towards our table and, I kid you not, the thought "I could marry him" actually went through my mind, although I quickly pushed the idea away because it was insanely silly to think something like that when you haven't even spoken to a person and basically know nothing about them, right?  And then I couldn't stop giggling.

To hear Paul tell it I was laughing so hard before he got to the table that milk was coming out of my nose.  It wasn't, because I wasn't drinking milk.  I was having a stout beer with my dinner and nothing came out of my nose at all.  But he's told the story that was so many times, that he just might believe it by now.

Anyways, when Paul got to the table he saw three girls sitting there and couldn't figure out who he was being set up with because this is my natural hair color: 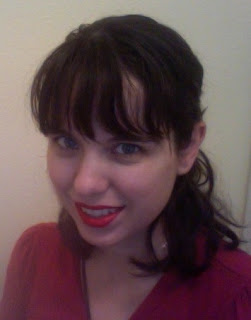 It's not really blond, is it?

So Paul had no idea who he was being set up with.  He said "hi" politely, baffled by who he was supposed to be talking to, and he went back to working the door while I continued to giggle my way through dinner.  Eventually he went over to work the door at the restaurant next door to the restaurant we were having dinner at and eventually my friends and I "casually" drifted over to that restaurant where he checked my ID and accidentally dropped it on the ground.

We did end up talking a bit since things were still fairly quiet at the door and he asked for my number before my friends and I went home for the night.

The next day while my friend who introduced us and I were at California Pizza Kitchen he called and asked if I'd go with him to a movie the next evening.  I said yes.

One September 22nd, 2005 (Paul points out to me that I was off by an entire year in the last post when I said what year we met in...) we watched the Brother's Grimm in Walnut Creek, since that was what was in the theater at the time and then went to Pyramid Brewery where we sat and talked.

I was pretty shocked by what I heard.  You see, his friends had described him before we'd gone over to the second restaurant that night and they'd said that he was a guys' guy that liked to talk about the Red Sox and Patriots and football and baseball and not much else.  So when we sat down and he started talking about a class he'd taken at the University of Arizona and his professor who was an ambassador and then began discussing middle eastern politics I was like "what?" and in my head "he's actually really smart!"

The months that followed were a whirlwind.  On our second date he gave me a personality test, just for "fun."  I quickly filled out the answers and came up as an INTJ (again), a rational and a perfect match for his idealist personality (he says he's an INFP but honestly I'm hard pressed to believe that the "I" for introvert is accurate at all!  You know, since I'm an actual introvert.).  I'm pretty sure that's when he decided he was going to marry me, because apparently outside the blog world (where I see INTJs all over the place) we're pretty hard to find.

He proposed on Stinson Beach in Marin on Valentine's Day of 2006.  By that time I was working at a rock climbing gym in Marin and he was working at a group home (and as a doorman at night).  He took me out to the beach and was clearly stalling, waiting for sunset in the freezing cold while I danced from foot to foot, grinning like an idiot waiting for the question I just knew was coming.  I knew he had the ring.  He'd showed it to my best friend Kehli.  SoI stood there looking like this, trying not to freeze to death: 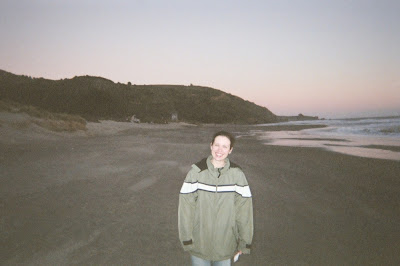 Finally he asked the question and I squealed and said yes and we went out to dinner to celebrate.

We made some major changes in the months that followed.  A letter arrived rescinding my offer of employment with the CIA.  Paul claims it's because we got engaged.  I tell him it's not because who knows.  I really lost my temper at the end of the polygraph... because I don't take being accused of lying for two hours well when I'm not lying.

We decided that we wanted to leave the city.  I was going to focus on my writing (which was kind of successful, I finished two novels and they're wrapped in paper and will never see the light of day) and he'd find a job up north while we saved up for a two year backpacking trip around the world.  We went through the Engaged Encounter weekend at a Sister's of Mercy center that offered centering prayer and a eastern style prayer maze (I believe there were Buddha's if memory serves) and east west meditation classes.  And then we moved two hundred miles north into the middle of nowhere (population 160) and got married one year to the day after our first date: 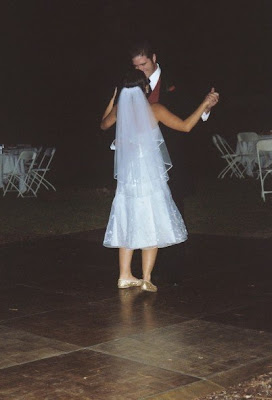 We lived in a tiny trailer where I had a big garden.  I began RCIA a week after we got back from our three day honeymoon.  I got a job for the local newspaper writing about sports and became the cheerleading advisor for the local high school to add to our trip around the world fund and Paul worked three day and two day shifts as a group home manager: 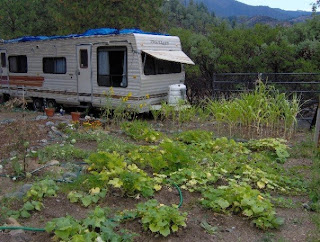 Two months before we were to leave for our trip around the world, on the night before we were about to leave for a pilgrimage to the holy land, a little test strip came back with two lines and suddenly our world was turned upside down in the best possible way.

You see, this meant that we had a full savings account that was going to be very, very important in the years that followed when the market crashed one month after Sadie was born and Paul was suddenly job-less and about to start his Masters program in a market that was laying off workers left and right (he'd planned on working full time through the program and after about 40 applications to every job available in an hour and a half radius that he was even vaguely qualified he found part time work... fall 2008 wasn't the best time to be job hunting...).

So we moved into a cabin Paul and my Dad built that was more suited for a baby (roughly 150 square feet if memory serves): 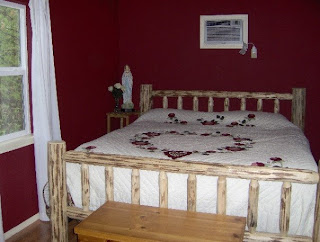 And Paul worked at CVS and went to school and a little over a year later we found out we were expecting baby #2 (we were thrilled again!) and we moved again to a little apartment since we thought 150 square feet might be a bit crowded with four people in it, even if two of them were very small (at least to someone who's grown up with quite a bit more space): 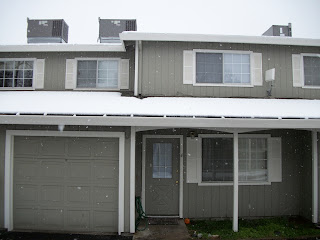 We welcomed Mae into our family and brand new apartment: 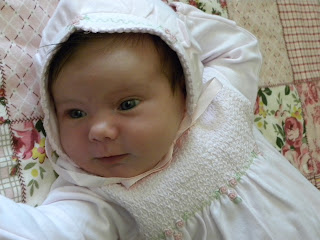 Then after a trip to the ER (when we discovered the Sadie was allergic to our neighbors drug habit) we moved into a (very nice) trailer park: 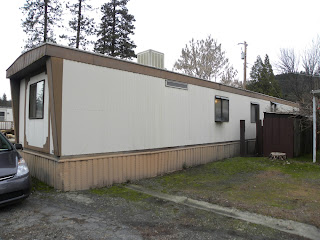 Later that year, while expecting baby #3 we began to plan a move across the country to Florida for Paul to begin law school: 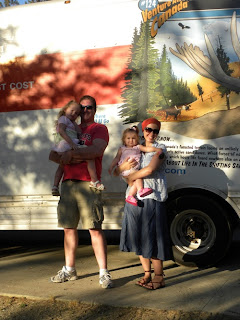 As Paul was driving cross country we were told we were going to be saying goodbye to baby #3 (who we named Christian Athanasius):

Our year in Florida was not the easiest of years, since I was pretty sick for a good long while, but we did have a beautiful new home, which seemed huge (which was good because I spent a lot of time in it!): 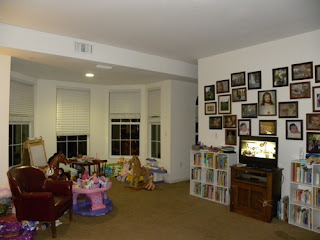 After a whirlwind year in Florida we came home for a summer internship in California and then a couple weeks before school started, decided we were moving north to Michigan (can I tell you how much Florida's humidity didn't agree with me?) for Paul's second and third years of law school.  After driving through roughly half the states in the country... 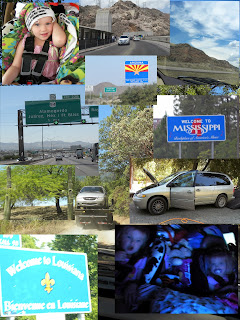 We finally made it to our new home in Michigan: 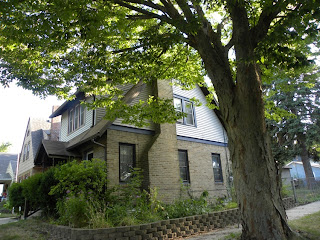 Shortly after we arrived Patrick joined us: 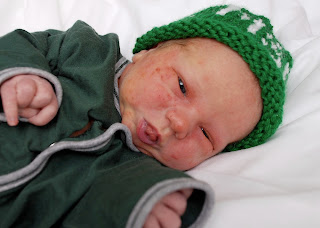 Which more or less brings us up to the present: 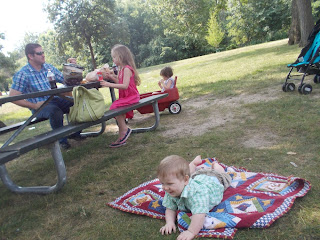 And after re-reading this post I have to say... I am so amazed when I look back on the whirlwind that has been the past eight years.  I could never have planned this life I've been given and nothing I could have come up with would have been as transformative in putting me on the path that I needed to be on where I would discover a vocation that really wasn't on my radar that day when Paul and I first met.
Posted by Cammie Diane at 4:52 PM

Email ThisBlogThis!Share to TwitterShare to FacebookShare to Pinterest
Labels: About Me