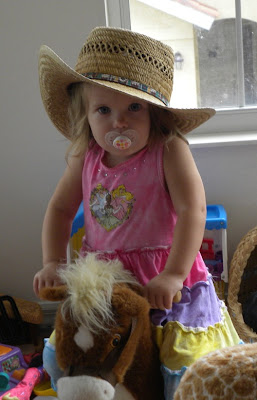 If you were anywhere on the law school campus last night you might have heard it: an ear splitting scream, going on and on for a solid ten minutes as I attempted to negotiate with Mae over something she finds utterly horrible.  She believes that it's some sick form of abuse and she's pretty certain that if she fights me on it long enough I'll just give up and let her teeth rot out of her little head.

That's right, rot...  can you guess what it is?  This great struggle that last night was accompanied with plenty of tears?

She hates having her teeth brushed.

I got her a new Go Diego Go toothbrush and baby My Little Pony Toothpaste that she loves to carry around.  For a day that solved the problem and she tilted her little head back and let me brush her pearly whites.  I imagined she was shocked when it wasn't bad at all.  We'd reached a turning point, I told myself.

Then we went right back to wrestle brushing, in which she runs as fast as she can and evades me and then kicks and screams and flails about while I try to get the toothbrush to actually touch each tooth.

I think back to Sadie's not quite two bedtime routine.  Sadie hated having her hair washed.  But at least that was only once a week.  But she always thought having her teeth brushed was kind of fun.  Not so with Mae.

Mae is very into doing things by herself.  And there are plenty of things she can do by herself (she's awesome with a fork and spoon).  Brushing her teeth, however, is not one of those things (not even close).

I'm hoping we head through this phase quickly... but I have a feeling we may be stuck in it for a while!