Car Trouble and a Sale! 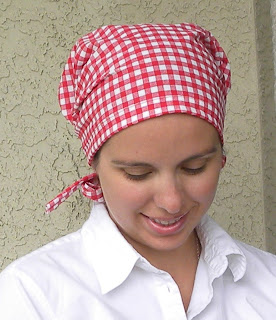 The thing about just barely getting by is that things that are seemingly small when you have savings and a little extra money become nearly insurmountable challenges when you just don't have the cash to pay them off.  Or they sit on your credit card (as could possibly be the case with this small family emergency) and collect interest for a year or two).  The last example of this was the hospital bill from last year.  The majority of it was forgiven, but the $1000 bill that was paid before the "forgiving" happened is still there, waiting to be completely paid off.

On Saturday the car started acting a little funny.  On Sunday they changed it's oil and said it needed a new water pump, but that we could bring it back.  We were planning on bringing it back yesterday afternoon (the next day).  However, apparently sitting in the parking lot between Sunday and Monday caused some major new problems to be discovered.  Now it needed a new regulator and another new part that involves ball bearings that I can't remember the name of.  $400 morphed to over $1000 very quickly (wait, how much is our car worth?!?!?!  It's a 1999 Town and Country!  Is it even worth that much?!?!  It's going to have to be since we won't be able to replace it reliably for that price...).

Still I've come up with a kind-of solution.

A sale on my shop!  The coupon code will stay valid until I've paid off the car bill!  I'm hoping this works!

And now, presenting the coupon code:

Car15 will give you a 15% discount at A Snood for All Seasons and has been activated so you can use it now!

Email ThisBlogThis!Share to TwitterShare to FacebookShare to Pinterest
Labels: A Snood For All Seasons