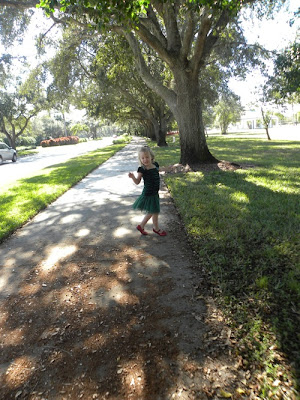 Over the last eight months I've grown to tolerate certain things about our current state of residence.  Like the fact that creeping, horrible humidity is already returning, even though it's still March, so that soon it will feel like we're swimming the moment we step outside our door, even when it's 7 o'clock in the morning.  Or the fact that is was pretty much in the 80s all winter long (and I'm a sweaters and cocoa by the fire type of girl... I'm the type of person who wants to shout:  "Why, oh why, would you move a school from Michigan to Florida!", although admittedly most people would probably think that complaint is just insane...).  I think my body has begun to adjust to "85 degrees and 100% humidity" and I'm pretty sure that when we visit California I'll be shivering in sweaters when it's in the triple digits, because the heat there is so dry.

Lately, I have tried not to think too much about the plethora of creepy crawly things that make the everglades (which are all of what, three miles away?) their home, and that hardly think those fences on Alligator Alley are a boundary (I saw what looked like a snake skin floating in one of the lakes... I'm still hoping it was just a fish at an awkward angle.. but whatever it was it was not small!).  I've even not made a big deal about the spider bite that I woke up with one morning last month, that, after going through various stages I will not discuss here (but that frequently brought to mind the word "necrosis"), has finally turned into a quarter sized scar.  I've trained the girls to look for alligators when we pass canals and lakes (this ensures they're pretty terrified of even approaching the edge of any and all wild bodies of water) and we've spotted over 30 wild alligators since our move (100% from car windows).

I've even begun to ignore that the real estate here feels like it's 90% strip mall, 9% gated community and 1% naturally occurring neighborhoods (you know, the cute little ones, with personality!). 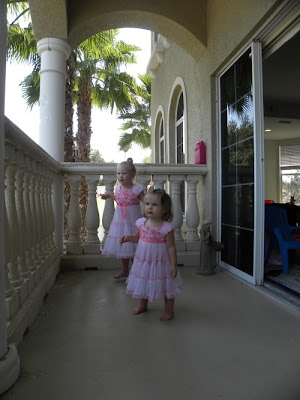 And I'll admit, Florida is beginning to grow on me.  A little (and more each time we travel out of South West Florida...).  I can at least can imagine us living here for three years.

I can even take a deep breath and think of things I like about the state (although admittedly when I do this the list sounds a little pathetic, showing that I have plenty of room to grow).  The birds are pretty.  The parks are awesome.  And while the prices for various attractions are insane, there's often amazing discounts for residents that mean we pay a fraction of the cost.  The gardens and landscaping is stunning.  And the walking/bike trails are better than anyplace else I've lived (although you have to dodge careening cars piloted by people who should have lost their licenses decades ago, when you cross the street!).  Oh and you never, ever, ever get cold.  Even in a torrential downpour (unless you think 68 is "cold").

However there is one thing that is unforgivable.  If you live in Florida and you were hoping to be caught up in the Mega Millions fever, you already know what I'm talking about.  Because while 42 states, D.C. and the Virgin Islands all participate in Mega Millions, Florida (along with Alaska, Nevada, Utah, Wyoming, Mississippi and Alabama...) does not!  Oh Florida!  Why?!?!?

Any Maryland ticket buyers scrambling to check your tickets?  I saw that it had been won on this mornings yahoo story, but I didn't see if it had been claimed yet!
Posted by Cammie Diane at 7:05 AM