Searching for the "Right" Way to Sleep 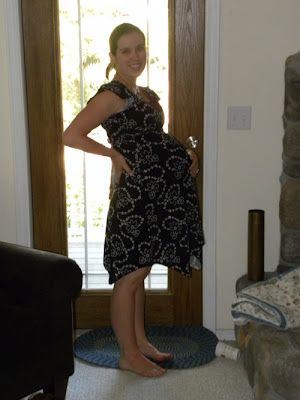 When I was pregnant with Sadie I "knew" so much more than I do now.

I knew we would never co-sleep.  I'd been reading parenting books and magazines non-stop, absorbing every little word, and the ever present advice of doctors rang through my head.  Sadie would sleep in a crib.

Oh it was a beautiful crib.  It was a maple sleigh that could be converted into a toddler bed when she was big enough, and we bought a matching jungle themed crib set that was set up and ready to go long before Sadie was done growing in my tummy.  I could just picture my tiny baby sleeping in it.

Then Sadie was born and reality struck, full force, handing me seven months of nights where more than one consecutive hour of sleep was a far off dream of a pre-baby world that no longer existed.  The child did not sleep.  She nursed around the clock.  And not like other babies who's parents could have rightly said "around the clock."  She nursed ever hour and a half... for about an hour.  Now since you time nursing from the start that's about a half hour break in there.  If I was lucky.  And then the screaming would start.

Now in hindsight I think she had reflux.  She spit up a lot.  It was the kind of spit up that permanently stained anything it touched (I didn't know all spit up wasn't like that until I had Mae).  It was all the time.  In large amounts.  And the word "projectile" frequently came to mind.  But her doctor at the time wasn't worried (he was a family doctor with only two babies in the practice) and I, in my sleep deprived state, was too exhausted to even consider that it wasn't normal.  After all, you always see people holding babies with burp clothes.  Babies spit up.  That was just how it was. 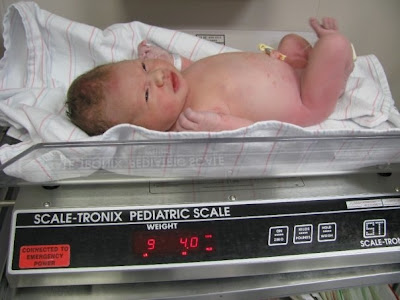 At a month old the child nursed for seven consecutive hours, screaming non-stop whenever I tried to cut her off and convince her to sleep on her own.  It was around this time that I realized that my "no pacifier rule" might have to come to an end.  I hung my head in shame the day I gave up the right to call myself an ecological breastfeeding mommy (and heard plenty of nasty comments about it online in forums at the time when I'd mention that we did everything that put us in the category of ecologically breastfeeding, but occasionally offered a pacifier since the child nursed non-stop... and I was told by other mother's something like: "how dare you even think that you're almost ecologically breasfteeding when you give your child that soul destroying piece of plastic to suck on.  There is no almost!  We have nothing in common.  Nothing!" {to paraphrase}).

After seven months of not sleeping and holding her pretty much around the clock, because the screaming would start pretty immediately once she was put down, we went down to visit Sadie's Godmother in the Bay Area before she moved out of state, and the room we stayed in, didn't have a crib.  She was finally too big for the Moses Basket we'd previously lugged with us when we'd been out of town for Paul's classes, and so I slept with her next to me.

Eight hours later I woke up, stunned.  I'd been very aware of her while I slept, and she had slept soundly through the night (I can't remember, but I think she may have nursed one time).  I was ecstatic.  Co-Sleeping was now a part of our life (although the nursing hourly returned quickly, it was much easier to do while co-sleeping). 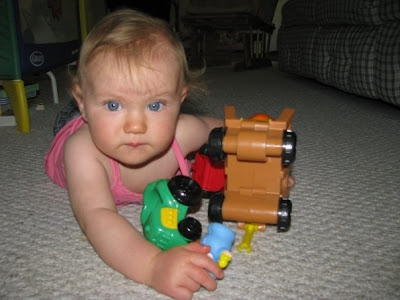 A year and a half later Mae arrived.  Sadie had already transitioned to her big girl bed (a mattress on the floor, since she was not a fan of toddler beds) and I assumed that Mae would co-sleep with us.  I'd mentally prepared for the sleepless nights as best I could and braced myself for a half year of stumbling around half conscious.  I figured it would be somewhat better if we co-slept from the start.

I was shocked.  I was worried.  I asked the pediatric specialist who visited our room at the hospital if I needed to wake her up to feed her more frequently.  He looked at me like I was insane and told me to let her sleep when she wanted to sleep and feed her when she woke up.

When Mae outgrew her bassinet I moved her into the big bed.  She rolled around and kicked.  She slept restlessly all night long.  She'd spend a good portion of the night trying to shove everyone else off the bed and would get very little sleep. 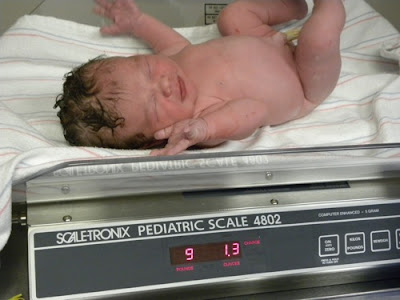 One night I took her into the other room and put her in the large, still beautiful, sleigh crib.  I waited for the screaming to start.  But after a few minutes of fussing she closed her eyes and went to sleep.  Every night since then that we've had access to a crib, she's slept in one.  She sleeps most nights from 7:30 to 6 am.  When we're traveling and there's not a crib we all know it's going to be a tough night with lots of kicking.

Mae Bae likes her space.  And she loves her crib.

One of the greatest lessons of the last three and a half years has been the realization that what's "right" when it comes to babies can vary widely.  I find myself chuckling more often than not when I flip through parenting magazines these days, and have let my subscriptions expire (unfortunately I had some very long subscriptions and some still arrive  now and then).  My job as a mom is much easier now that I've given up the notion that I need to be doing something in some way that some group of moms somewhere has prescribed as the only acceptable option.

Now, if only I'd learned that lesson a bit earlier.  I would have gotten so much more sleep!
Posted by Cammie Diane at 7:56 AM