My favorite time of year has arrived.  I just want to go outside and stare at the leaves for hours: 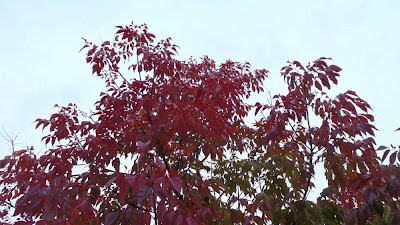 An actual quote from my house.  I'll leave the person being quoted unnamed:

I think I will be cleaning out cupboards this week... 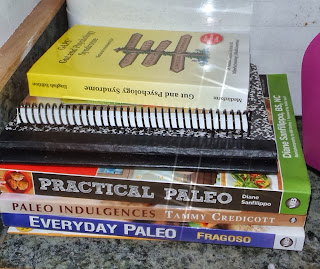 Despite Quick Take #1 I still have to say:

Michigan.  What is going on.  I am laying in bed right now and it is hot.  The windows are open and still the house is like a little oven.  I'm thinking that perhaps you missed the memo that it is now October and while we've had some truly lovely days, these hot ones are no longer okay.

In other weather related news, the windows were open last night to let in the kind of almost cool humid air, which meant that sometime in the middle of the night it sounded like someone was standing in the room banging pots and pans together while flashing a super bright flashlight at the same time.  It was quite the thunder storm, complete with thunder and lightening simultaneously (do I remember learning that that means the storm was right above us?).

And I amazed that 2 out of 3 kids slept through it (only Sadie woke up, thank goodness!).

She wanted me to take a picture of her hair today when we were getting ready for ballet.  It's usually up, because Patrick delights in pulling it, but when it's not it's down to her waist (and I cut it not all that long ago): 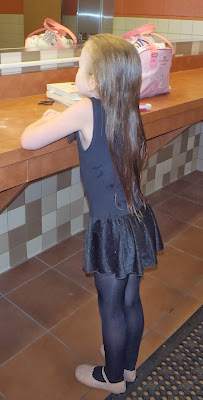 Patrick is definitely not a big eater, but he is trying foods.  So far he's given turnips, spaghetti squash and split pea soup a try. He was a fan of the turnips and the split peas... not so much of the spaghetti squash (if I'd guess I would have guessed the opposite). 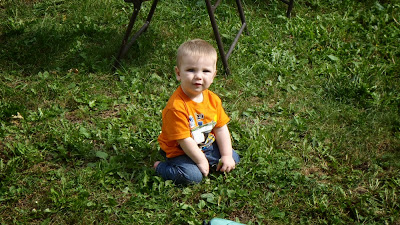 As you may have noticed (by the fact that I have pictures!), my new (to me) camera arrived.  So far it's been wonderful.  It's supposed to be shock proof, water proof and I believe freeze proof (although so far that last one hasn't been a problem for me).  I feel like it was an awesome deal because it was refurbished, basically looks brand new and came with a huge amount of add ons (memory card, cleaning kit, tripod, memory card usb reader thingy... still in their packaging.).  The add ons alone likely would have come close to the price of the camera so... I am pleased with my "let's see if I can find a camera I can afford on ebay" experience.  Because, a camera is one of those things I really, really need for my business.

I'm hoping I've finally found a camera that even I cannot kill.

We had an hour and a half meeting (in our living room) with Mae's case worker and the owner of the business that will be managing a large part of her therapy.  It looks like we'll be doing 20 hours a week of ABA and we'll likely be starting speech and occupational therapy someday when the new autism center opens up and there's someone who has time for new appointments (they say it's happening on November 1st, but people who've been there think it will be around the new year).

Thankfully the therapy will be here at the house and the little school room I set up will be perfect for it. Mae and I go in for evaluations on the next two Tuesdays.  Things have been quickly moving along!

Other points that stood out was that the therapist said she was excited to have Mae because Mae is one of only two girls they work with (they have lots of boys since autism is more common in boys than girls) and they were really pleased that I preferred mornings because most the the three year olds are in school until 3 pm and then are pretty tired when they have to go to therapy after a full day of school.

Possibly the most surprising thing to me so far has been how supportive everyone has been of homeschooling, from the first person who evaluated Mae to the case worker to the therapist.  I'm really relieved that it's something they've been incredibly positive about!

Now for a couple pictures of the work area (I'm constantly changing little things here and there to make it more efficient):