The Day I Almost Didn't Go to Mass

I'm going to tell you about how awesome my parish is and how much I appreciate all that everyone did today, but first I'm going to start at he beginning of my day when Patrick woke up at 6:05 and I was still trying to squeeze my eyes shut and steal a few more moments of sleep. 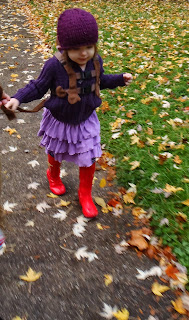 I woke up this morning and before I even realized what I was doing I found myself making excuses for why I couldn't take the kids to Mass (and because of Paul's work schedule right now, if I don't take the kids I don't get to go).  Was that a tickle in my throat?  It probably was.  Was I coming down with something?  Again?

Last week we did have the flu, but this was something that could remedied with my inhaler.  Which is when excuse #2 reared it's ugly head.  Could I do Mass with the three kids by myself if my asthma was acting up?  What if I felt faint again?  What if I actually fainted?  What if I fainted and the hospital tried to call Paul and he slept through it?

I was stretching, looking for reasons to not go.

And then I realized what I was doing and stopped myself.  No.  The default is that we go.  And no imaginary illness was going to change that.  We were going to Mass... even if it was a disaster like last time and I spent the entire time trying to hold on to the three unruly children who'd all chosen the same day to go completely insane.

So I got up and wrangled the babies into appropriately warm clothing and got them out the door and we hurriedly walked to our parish, while I worried that we were running late.  We got there just in time.  A woman who I recognized from last time smiled warmly at us and I hoped that this time I wouldn't be rushing past her on my way out with tears in my eyes.

We made our way towards a pew and Mae started to howl, so we retreated to the narthex.  Not a promising start. 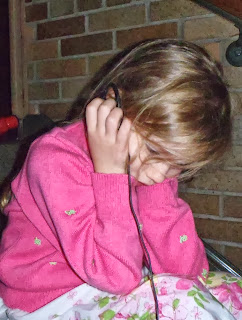 Then a kindly older man came over and started to talk to her.  A few seconds later a friendly looking young woman emerged and came over and sat with us.  One of the ushers brought me a little headset and showed me how to use it so that I could hear Father over the ear piece.  Fifteen minutes into Mass Mae had slid across the stair case we were sitting on and was holding hands with her new friend, snuggled up to her side.  I was amazed.

She sat with us through Mass and Mae was happy to sit and hold her hand and admire her new friend's finger nail polish, and I was able to get Patrick to sleep.

As I sat there, and actually heard a good portion of Mass, I began to realize something.

I'm horrible at asking for help, and I'm nearly as bad at accepting it.  I guess in reality, it's a sort of pride that I struggle with.  I feel like I should be able to do everything I need to do, without asking for or accepting help.  I know that a large part of it is that I don't want to bother or impose on anyone else.

In some ways Mae's diagnosis has made it easier for me to ask for help.  I've come to realize that I can't do this entirely on my own and that that's okay.

Baby steps.  Accepting help can be humbling.  I find it incredibly difficult.  And yet I am so grateful for the kindness and help we received today.

I have a feeling I'm not going to be quite as nervous when we set out for Mass next week!
Posted by Cammie Diane at 9:05 PM