Week Ending: A Jellyfish, A Unicorn and a Dinosaur

We had a busy weekend!  It began when a box from California arrived at the house filled with Halloween and dance costumes from my childhood.  Suddenly we had a purple unicorn galloping around the living room: 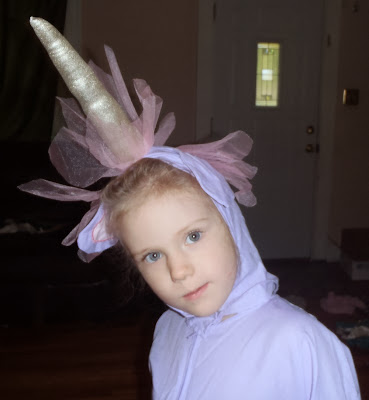 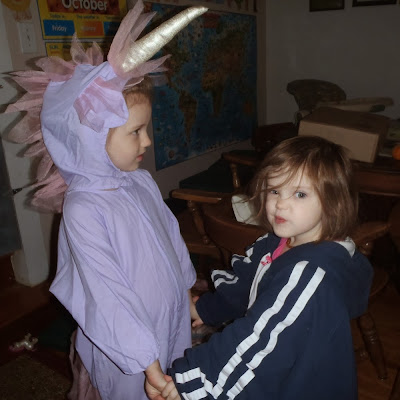 She wore the unicorn hood for all of ten minutes and then realized that it was way better this way: 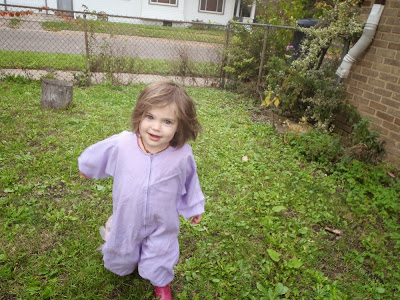 Patrick wasn't sure what al the fuss was about: 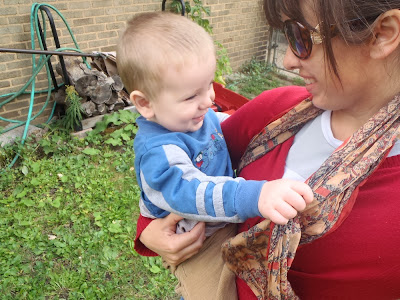 But he had fun playing outside with his sisters (although he stayed in the tower because he is definitely not a fan of mud): 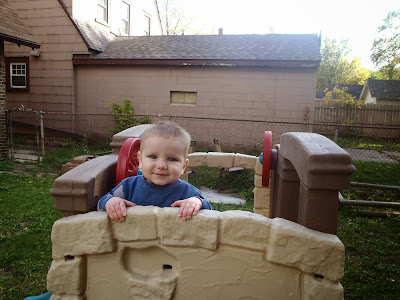 Someone had to sit in timeout after incessantly pulling her sister's tail.  But her sister was sweet enough to come over and stand by her while she as in timeout. 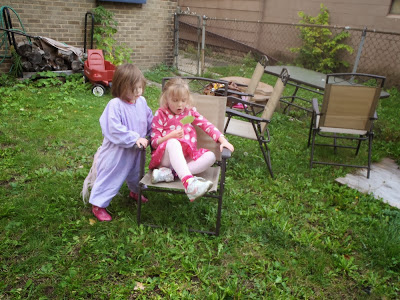 On Saturday we went to the zoo. Mae was going to be a super hero but she loved the unicorn costume so much we let her wear that instead... for the record... that costume was my pride and joy when I was six when I wore it and won a costume contest...  It looks like capris when Sadie wears it and fits three year old Mae perfectly. 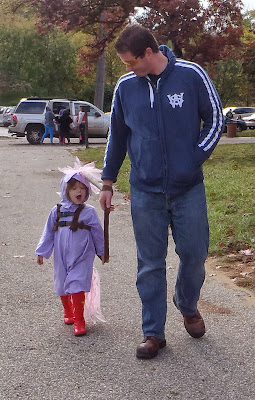 Sadie got her face painted for the first time.  She was a jellyfish.  And her skirt and hat were wired with flashing lights: 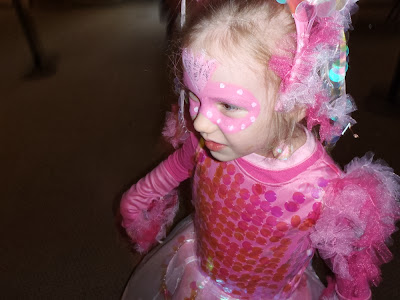 And the girls and I rode the train: 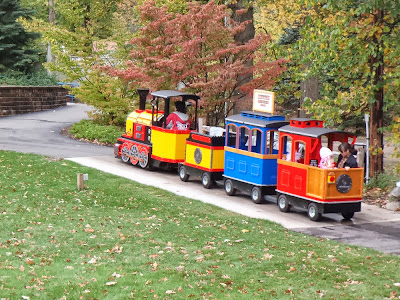 I'm not sure if you can tell, but Mae sat as far away as she possibly could from me and Sadie: 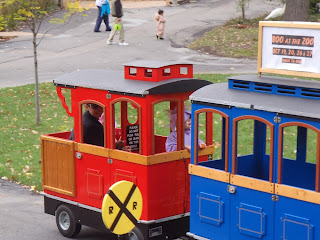 We paused for a picture in which none of the kids cracked a smile. 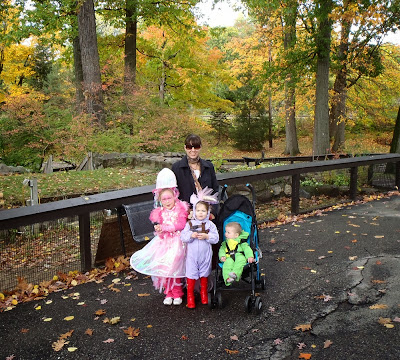 Then went in the reptile house so they could visit the gold fish that are in with the turtles (okay, so it's more of a reptile, amphibian, bird, monkey house): 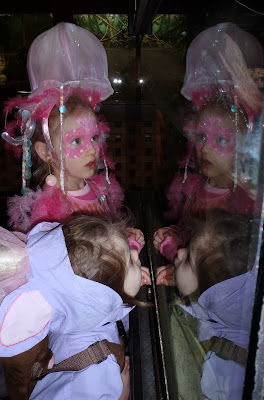 The Patch-o-saurus Rex was a little bit sleepy as we got in line for the hay ride: 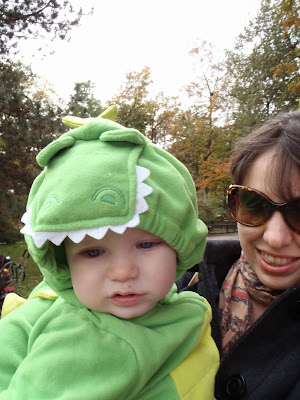 We were the last one to squeeze up onto the trailer!  There was just enough room on the hay bales for us. 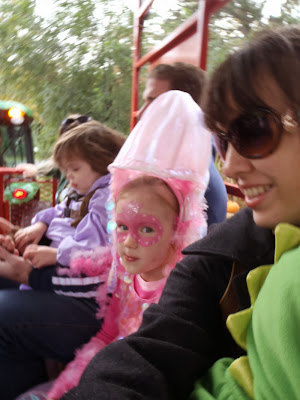 Then we made the mistake of driving through East Lansing... just as the State vs Purdue game was getting out...  However, during the hour that it took to go three miles I experimented with my cameras many settings and snapped pictures of the fall colors: 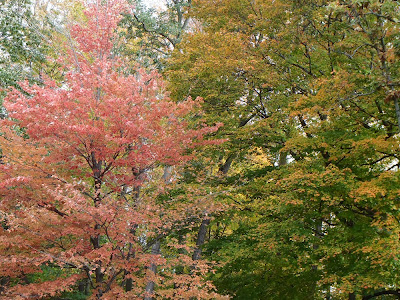 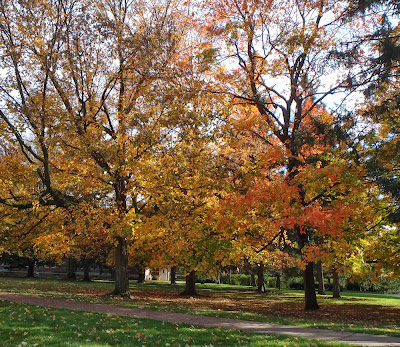 This morning the girls and I walked to Mass.  Mae loves sweaters with zippers and I was thrilled to find this one while we were out doing errands on Friday at a second hand store.  She even picked out the matching hat to wear with it: 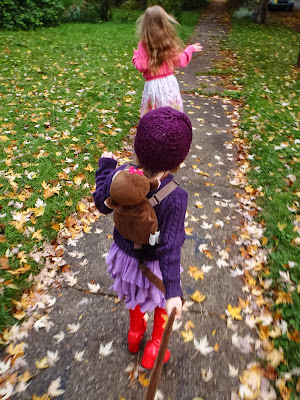 And here she is when she paused while playing before we made the walk home. 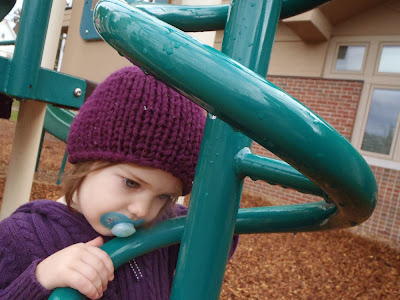 It was quite the weekend.

For more Week Ending head over to Re-inventing Mother!
Posted by Cammie Diane at 10:05 PM