The Whirlwind of The Last Week 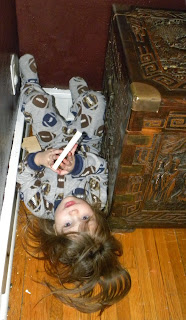 Right this moment I'm waiting for a call from the university's autism center.

I've been trading emails back and forth with a woman there and talked to her on her way out the door earlier, and she's supposed to call in about half an hour about a study where they're training parents with an online program (half of the parents will also be coached on skype with a therapist) and then checking in with the parents over the following months and doing a video of the parent and child doing the activities in their home, at the end of it.

Since I'm all about learning everything I possibly can at the moment a study that trains me in activities that are potentially helpful sounds pretty great.  And I am once more incredibly thankful that we live within walking distance to a university who does this sort of research (on a grammar note: a university or an university?  This is a rare instant where "an" just sounded wrong with the word that followed, so now I'm wondering....)

I also ordered some supplements today... the same brand names suggested in the books were way, way more affordable on amazon than they were in the store.  We're going to begin with digestive enzymes, then add taurine, then fish oil, then a new multivitamin and then probiotics.  And we've been chugging along on full GAPS, with Maggie eating mostly split pea soup, bananas and the muffins I've managed to make with the okay ingredients.  For a few days she refused everything but bananas so adding in split pea soup was a relief (once she actually tasted it she began gobbling it up). 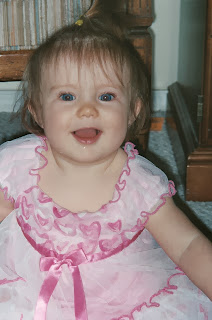 And the amazing thing is that there really has been a difference.  A huge difference.  I mean, really, honestly, could I expect a difference this soon?  I know that I didn't expect it at all, so I'm kind of reeling in the amazing-ness of it all.

Maggie is suddenly the most cuddly child in my house.  Before she just wouldn't stop moving.  She'd come over and act like she wanted to be cuddled, but then she'd be up again, getting into things, climbing and moving, moving, moving.

Don't get me wrong, she's still getting into everything.  Her tantrums might actually be a little worse (more on that in a second).  But she's also spending about an hour a day cuddled up to me, holding my hand and just snuggling happily.  And she did the same thing with Paul this morning.  She's done it for four consecutive days now.

The increase in tantrums seems directly related to this because she doesn't want to let me out of her sight at the moment, and if I go upstairs to use the bathroom or put Patrick down for a nap, screaming follows until she can see me again and then she happily goes back to playing (and that's new).

So... that the behavioral update! 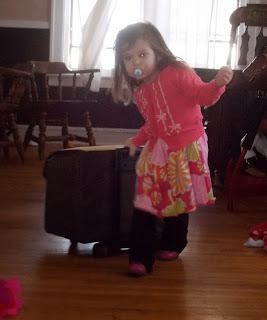 Since I started writing this I had a half hour phone conversation with one of the ladies from the center.  She is checking to see if we qualify for the study (because the training that is part of the study might overlaps with the training we'll be getting at Mae's ABA place and if it does that will disqualify us), but if we do qualify we'll be going in for two weeks of evaluations (four hour and a half to two hour evaluations) and then beginning the training program.

And even if we don't qualify we're now in their system for future studies and for their newsletter (and we'll hear about get togethers that they host at the center).  She also said she'd make sure we had access to the program, although without the university support that goes with it, if we don't qualify.

It really has been a whirlwind and I'm impressed with how fast all this is moving.  We go in for her first evaluation at the ABA therapy place tomorrow morning!
Posted by Cammie Diane at 1:57 PM