It's here. February 7th.  The day I spend the other 364 days a year dreading.

Christian Athanasius would be two today.

Okay, it's more like the preceding week and the day that I spend the year dreading.  I spent yesterday bursting into tears because of things like "it's snowing" and "Patrick is still sick and needed to be carried and/or nursed around the clock" and I'm pretty sure I've been taking every single possibly unkind (but not meant that way) thing I've heard or read all week the wrong way.

Let's just say that it's probably not the best week to offer me constructive criticism on how I could be a better person because right now I am just trying to get through the rest of this week (unless it's on how to be a better mouse catcher/killer.... because that I could totally use).

I know what you're thinking (okay, maybe not everybody, but at least some of you probably are!)!

Yes.  Paul picked the first name.  I picked the middle name.  I'd really lobbied for it as one of my favorite boys names for a future first name (with the suggestion being Athanasius Augustine) but Paul wasn't a fan.

After much debate I sold him on it as a middle name.  Barely.

Okay.  So.  Let's try to pick things up a bit and I'll try not to be so depressing just because it's today and I'm counting the hours until tomorrow.  (Why yes, after typing that I realize that the previous sentence is a total and complete fail.)  Also, when I'm feeling particularly dramatic I apparently use periods dramatically and inappropriately.  Sorry about that grammar lovers.  It's like my brain screams, don't do it!  Don't do it!  But I just can't help myself.

Patrick learned to climb up on the couch yesterday.  I am not a fan of this newest accomplishment.  I think climbing onto the couch should have a pre-attempt-common-sense-requirement that one first understands that if they sit on the edge of the couch with their back to the room and bounce up and down something bad is likely to happen.

And after watching Boomer sit on the edge and bounce and then scream in outrage when I picked him up because he now believes that he should always be on the couch, standing up and jumping and walking and living life on the couch's edge (with it's drop right down to the hard wood floors) I am 100% certain that he is not ready to be able to get up there by himself.

Unfortunately I have a feeling that it's not a skill that he's going to be forgetting any time soon! 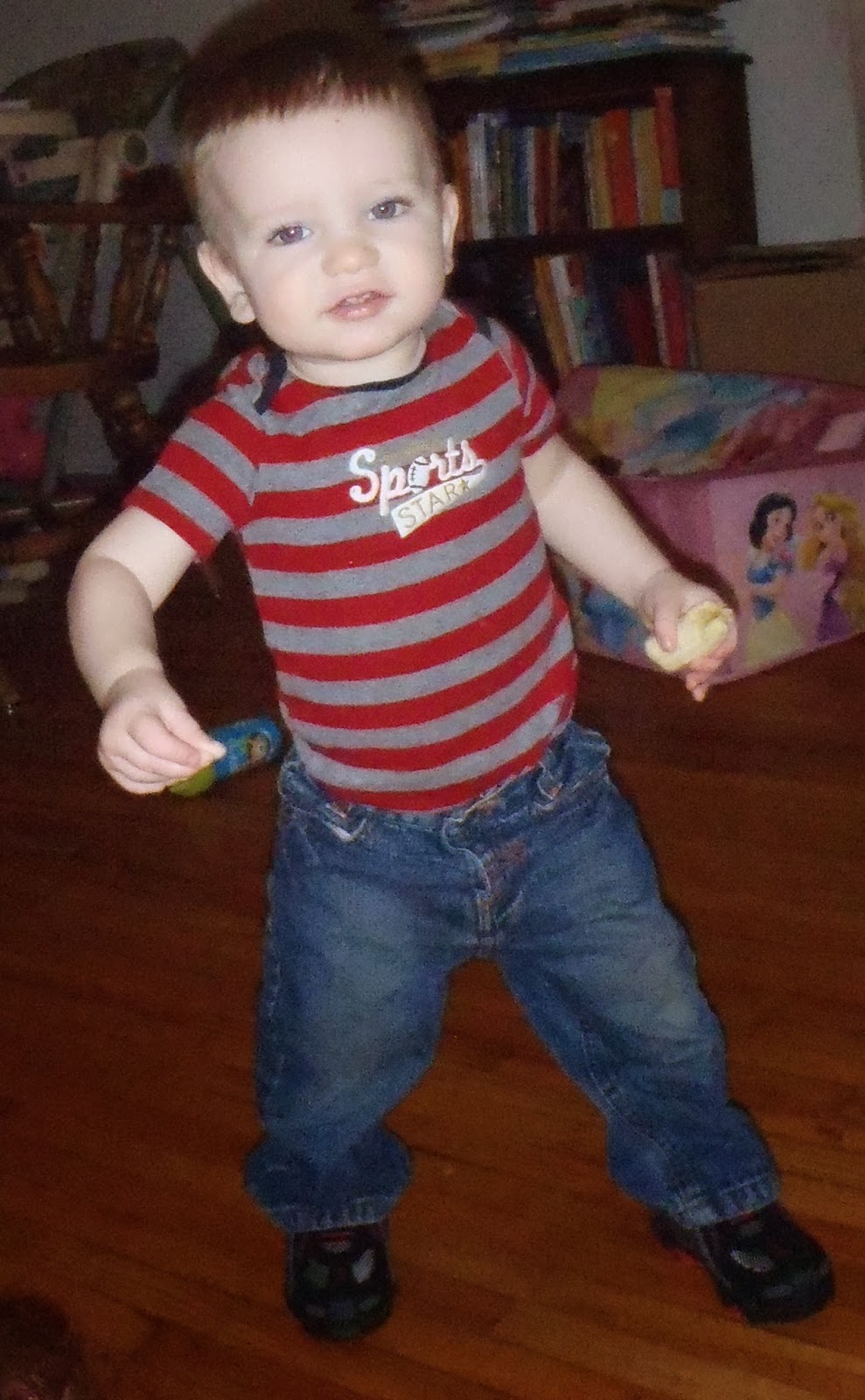 In an attempt to find something nice about February I made "snow cream" yesterday for dessert and the kids loved it (except Patrick who let me know that eating anything that cold is quite simply insane, regardless of how it tastes).  And it was so easy.

I took a bowl of fresh powdery snow, which we have in abundance and mixed it with sugar and vanilla almond milk until it tasted like heaven.

And for about thirty minutes I wasn't like:  February!!!!

And then the moment past and it was right back to being a quadruple exclamation point type of month. 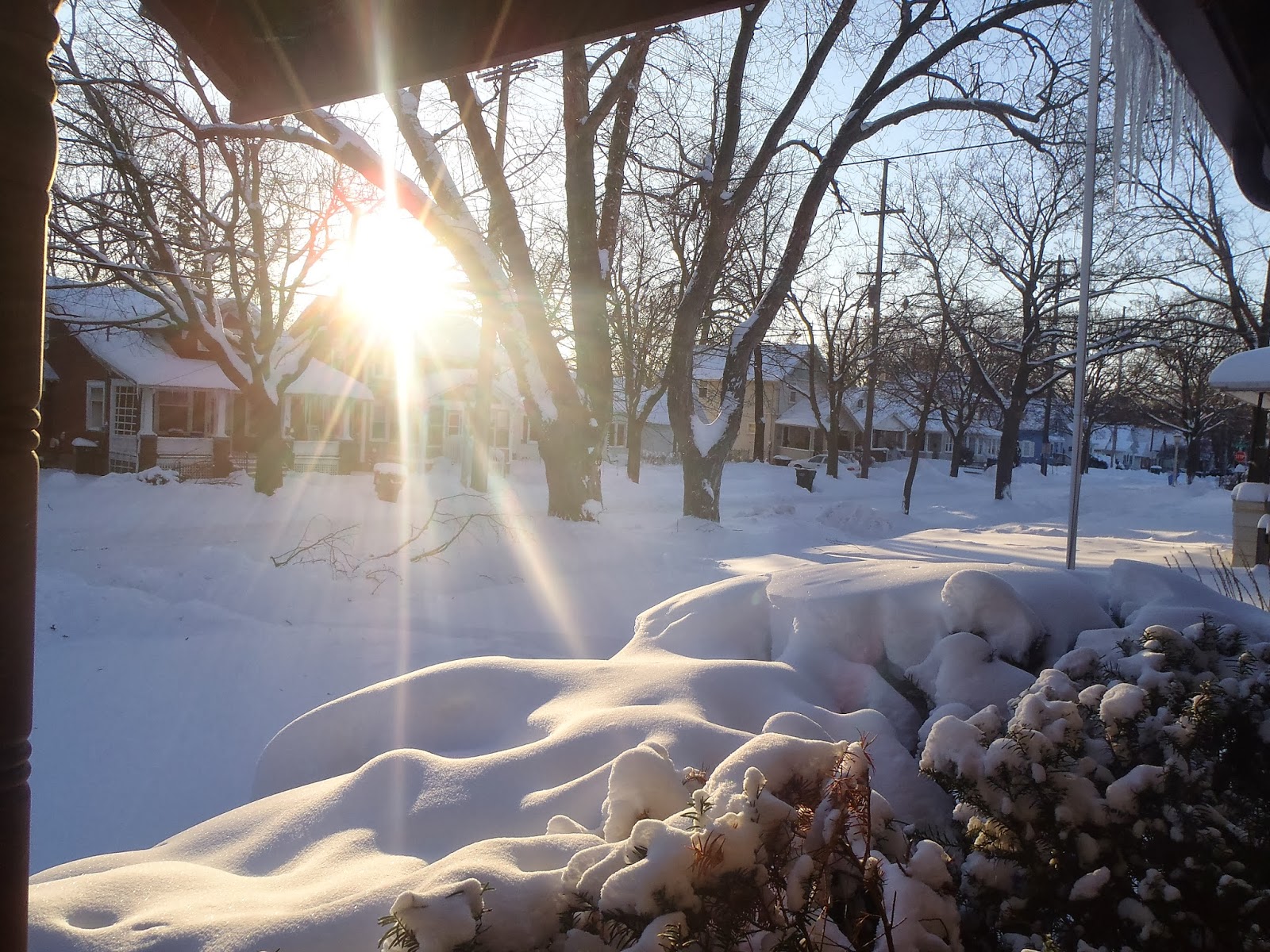 Last night while I was sewing a mouse came into the room and attacked me ran past me into my closet.  As you can imagine I was really brave totally panicked and called Paul and told him that that was it, we needed to move, right then, right that minute,  he needed to come home from the law library and pick us up, because I can't do this whole mouse thing anymore.

Then I went downstairs to try to forget about the mouse and a second mouse ran past me.  I feel like I'm the little old lady in Ratatouille.  At least I don't have a shotgun.  If I did we might have had an issue last night.  Especially when the mouse darted past me a second time and disappeared by the bed, where he hung out ruffling papers and rustling around where I couldn't find him.

Do you want to know why I'm done with winter?  Sometimes, when it feels like -17 and I step outside I've discovered that you can actually get a cold headache just from being out in the super, super cold.  But mostly it's because every single mice in a I-don't-know-how-far-radius has moved into our home to wait out this season of snow.

After watching this I'm pretty sure that I should find a different store to do my shopping at today.  I'm not sure I want to brave the crowds braving the cold to see the President visiting MSU to sign the Farm Bill just to to do my weekly shopping on the other side of the school...


For more Quick Takes, visit Conversion Diary!
Posted by Cammie Diane at 8:27 AM