Today was one of the first mornings in a while where no one had the flu, or a migraine and the roads weren't frighteningly icy or completely covered in snow (relatively speaking I guess).  And so we bundled everyone up, got them into the car and made it to Mass, altogether as a family.

And while today wasn't one of the easiest days we made it all the way to the homily before we had to retreat to the narthex and when Mae reached both hands up in an attempt to abscond with the Eucharist I said "no!" in a whisper and she dropped her hands and listened.  So I'll call today a success.

I even managed to get a few pictures snapped while we were out and about:

Of course after Mass the princess dresses came off and the ballet slippers went on.  Actually I had to go on a search for slippers for Maggie because she couldn't live without a pair of ballet slippers and she wanted to wear her sister's current slippers to Mass, a plan which I vetoed.  The tantrum that ensued when I said that that was impossible with the snow outside led to a tantrum that heavily contributed to our very late arrival time at Mass.  So after Mass I dug around and found a pair of Sadie's slippers that would now fit Mae and happiness was restored.  Sadie even helped her sister smooth out her new (hand me down) dress: 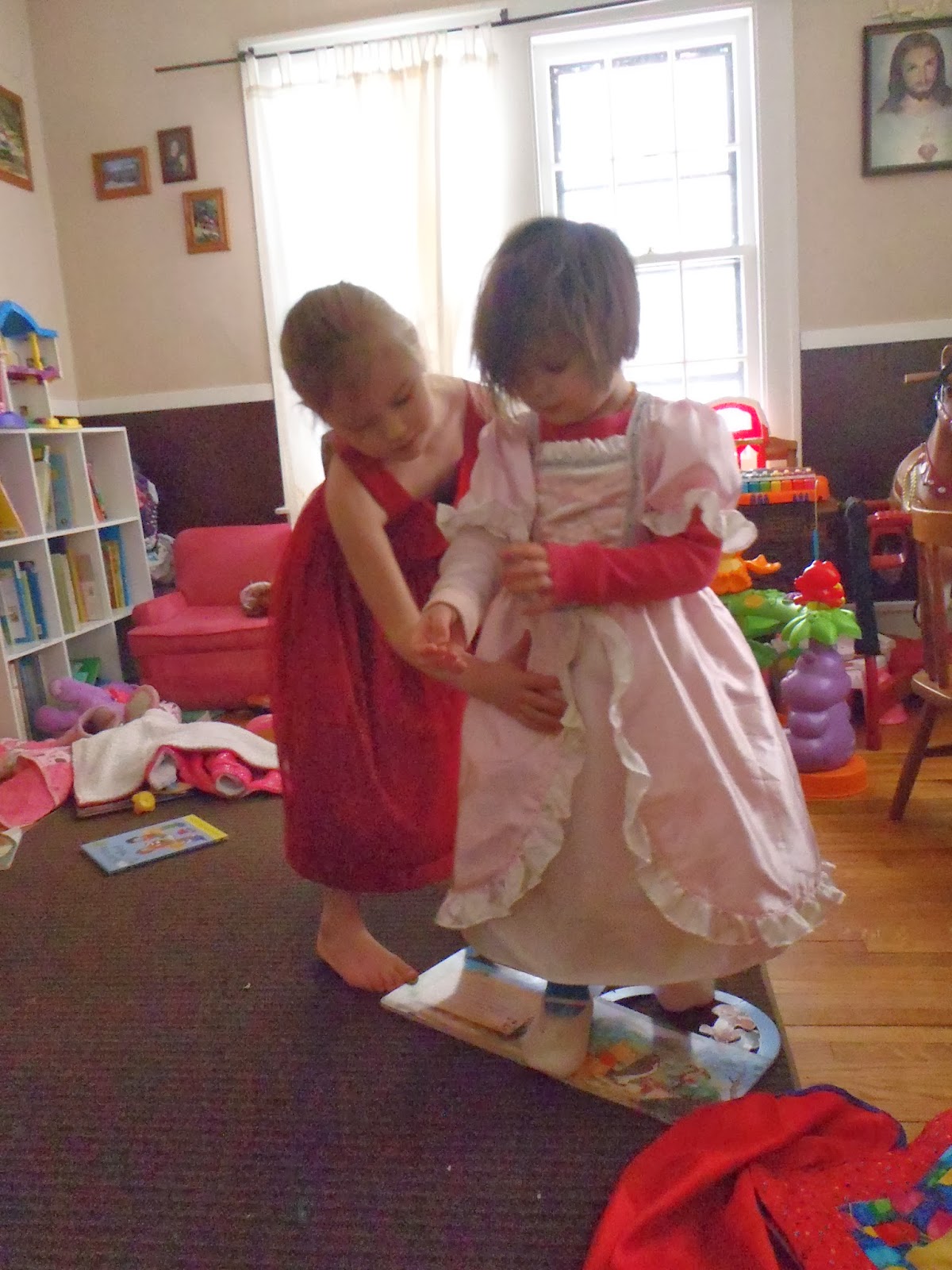 Patrick wanted to get in on the dress up action and insisted on putting a shirt on over his fleece sleeper.  He wasn't thrilled with the idea of a cape though, despite his biggest sister's insistence that it "made him look like a prince." 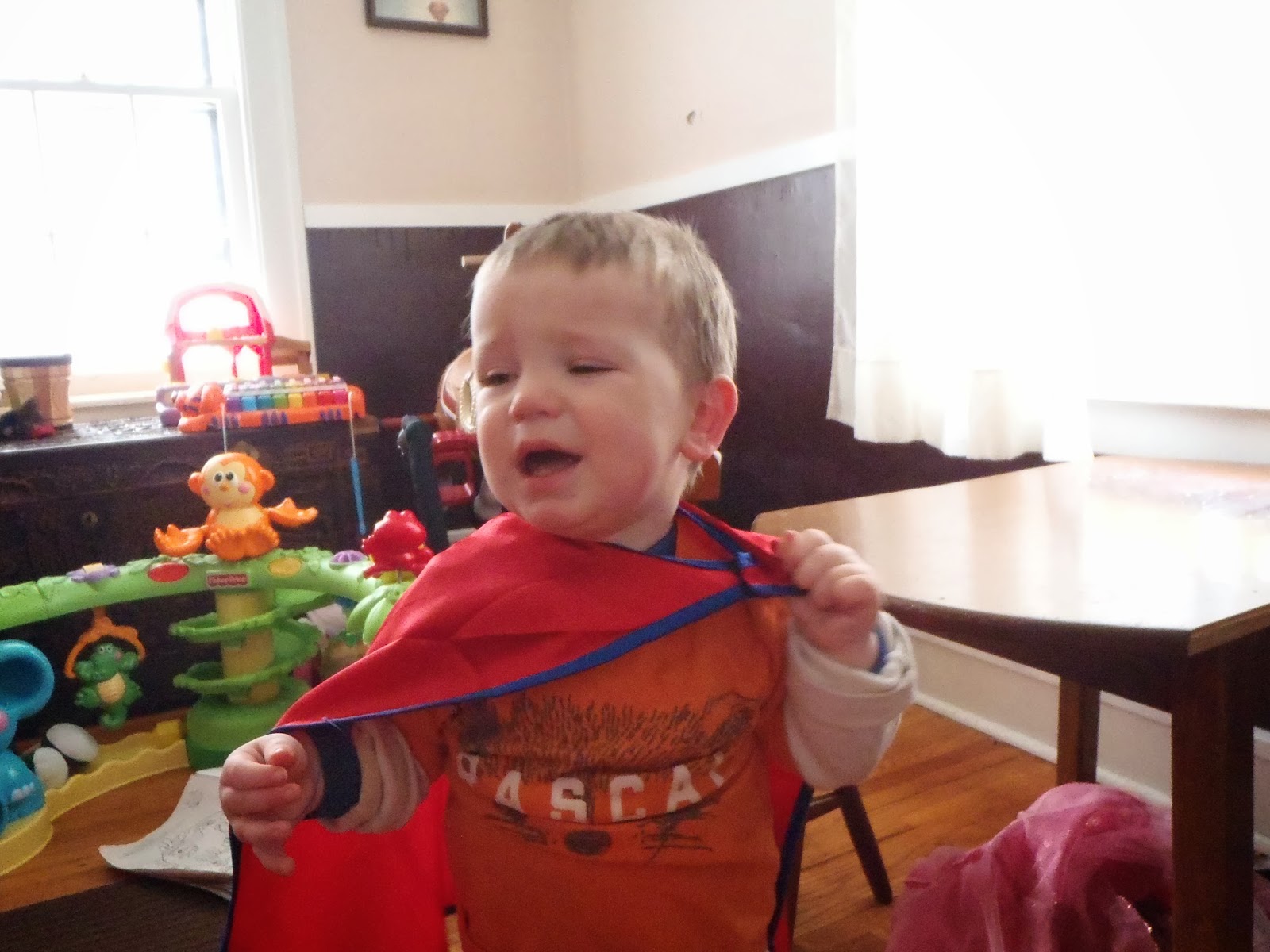 For more WIWS head over to FLAP!
Posted by Cammie Diane at 2:26 PM