It's here and I'm a little bit in love.

Okay I'm in love with the idea of how much freedom this stroller is going to give me and the kids just as soon as its not 0 degrees and there aren't 50 mph winds being predicted on a daily basis.

I don't think I'd be this excited to get a new car.

The stroller is here.

And I've been pushing it around and it's every bit as wonderful as I thought it would be:

So far the reviews that I found seem to be pretty accurate.  It is easy to push and to turn.  To give you an idea of how easy it is to push Maggie was pushing Sadie around the house in it for quite a while this evening.

When Paul brought it into the living room the kids all clamored to get in it and then proceeded to sit in it until we left to go run a few errands (and there were tears over leaving it).

When we got home from our weekly shopping trip they got back into it again and Patrick spent a good portion of the afternoon insisting on being put in his seat (I kept trying to take him out of it and he kept crying and trying to climb the wheel until I would lift him back up). 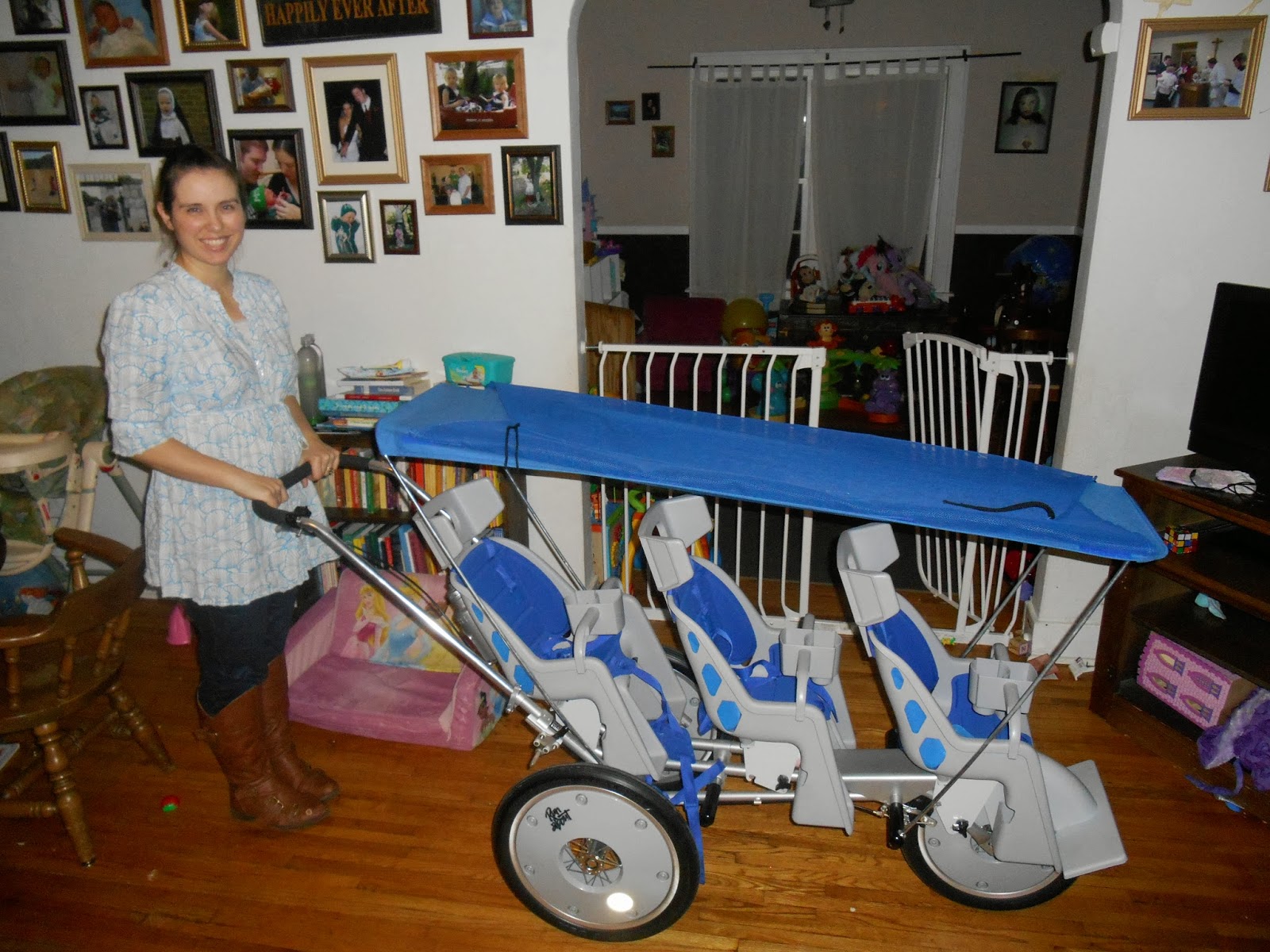 In case you're wondering, that is a maternity shirt, because I generally break my maternity clothes out about five minutes after I find out I'm pregnant (slight exaggeration).  I'm always amazed when people say things like "I'm 20 weeks and I'll be breaking out my maternity clothes soon!" because 20 weeks is around the time when people say things to me like "You're about to pop, aren't you?"

I feel like I start to look pregnant about ten seconds after the pregnancy test shows two lines (I think I'll blame five pregnancies in a little over six years). In the first trimester I may not gain a pound but my stomach muscles seem to give up the fight these days almost instantly and while I can fit in my non-maternity clothes, I'd just as soon make the trade since they're more flattering early on.  It doesn't hurt that I like my maternity wardrobe quite a bit.

One of my favorite things about the stroller is that Sadie actually fits in the seats and her legs aren't cramped.  She's almost four feet tall, so that's pretty good. 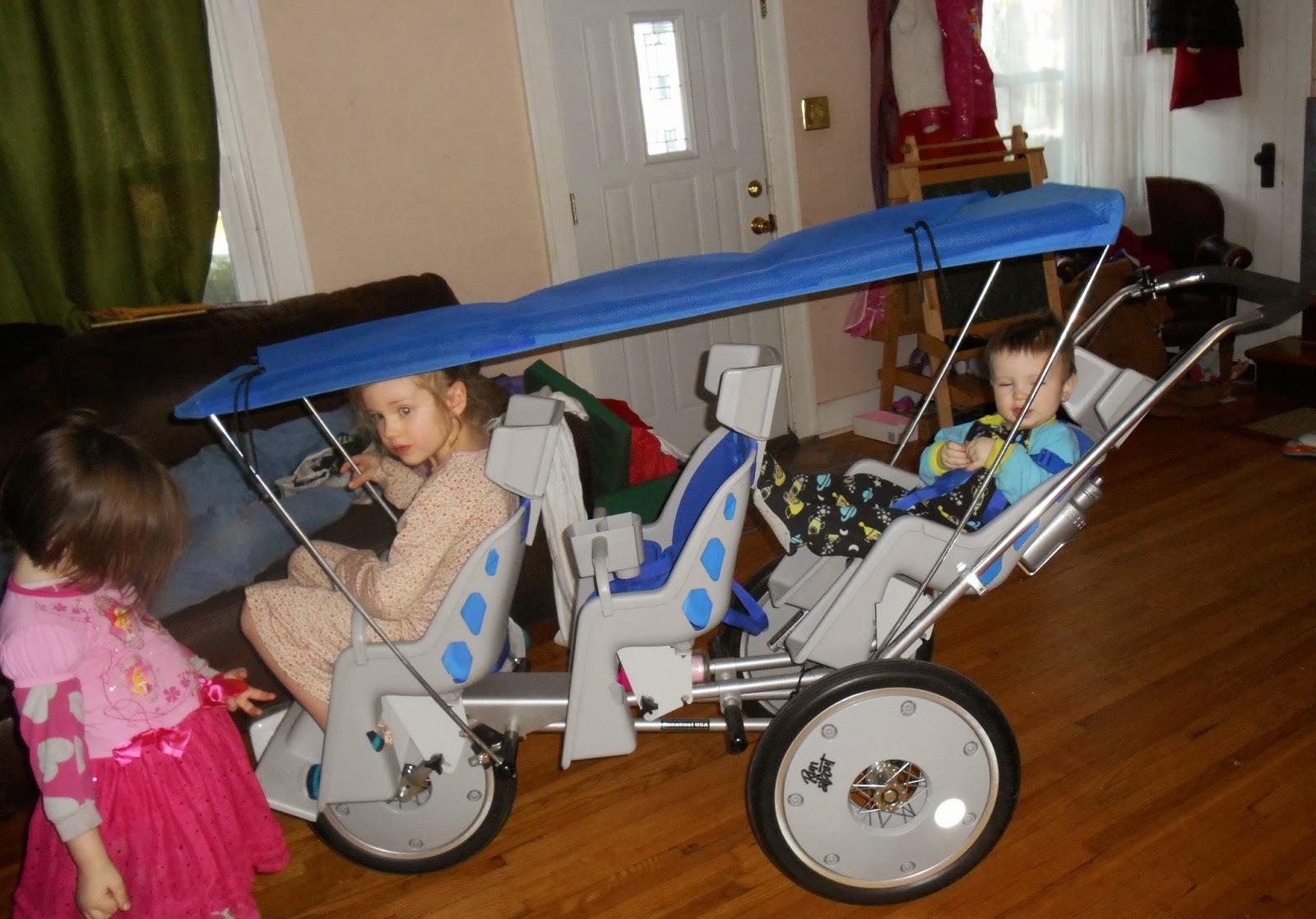 And here they all are with the canopy down.  I can hardly wait for the weather to be nice enough to take them all on a walk! 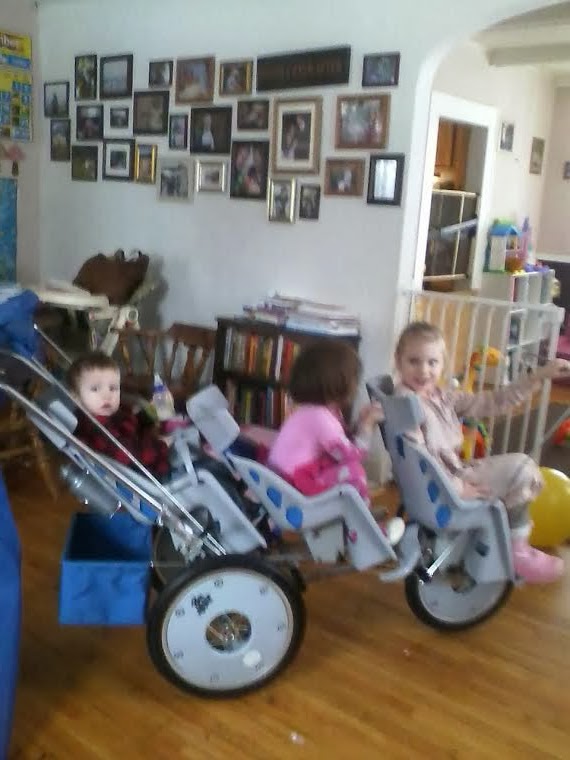 Now I am so, so, so very ready for spring.  It doesn't even need to be that warm.  Maybe just warm enough not to be slipping and sliding in ice and slush (okay, no slush might be asking for too much).
Posted by Cammie Diane at 9:29 PM

Email ThisBlogThis!Share to TwitterShare to FacebookShare to Pinterest
Labels: The Stroller