Theme Thursday: Church Windows and the Beginning of a Conversation...

I've been in many beautiful churches over the years, churches were light poured through gorgeous stained glass windows, filling the space below with spectacular light.  But when I saw that today's Theme Thursday theme was Church Windows my heart jumped a little.  There was only one window that I could even think of posting.  I began to dig through old disks and load them on my computer and this morning I found the image.

I'm sure you'll see plenty of beautiful windows this morning.  They'll be windows that aren't cracked and peeling and yellow with time, windows that weren't just paper plastered onto very old glass. 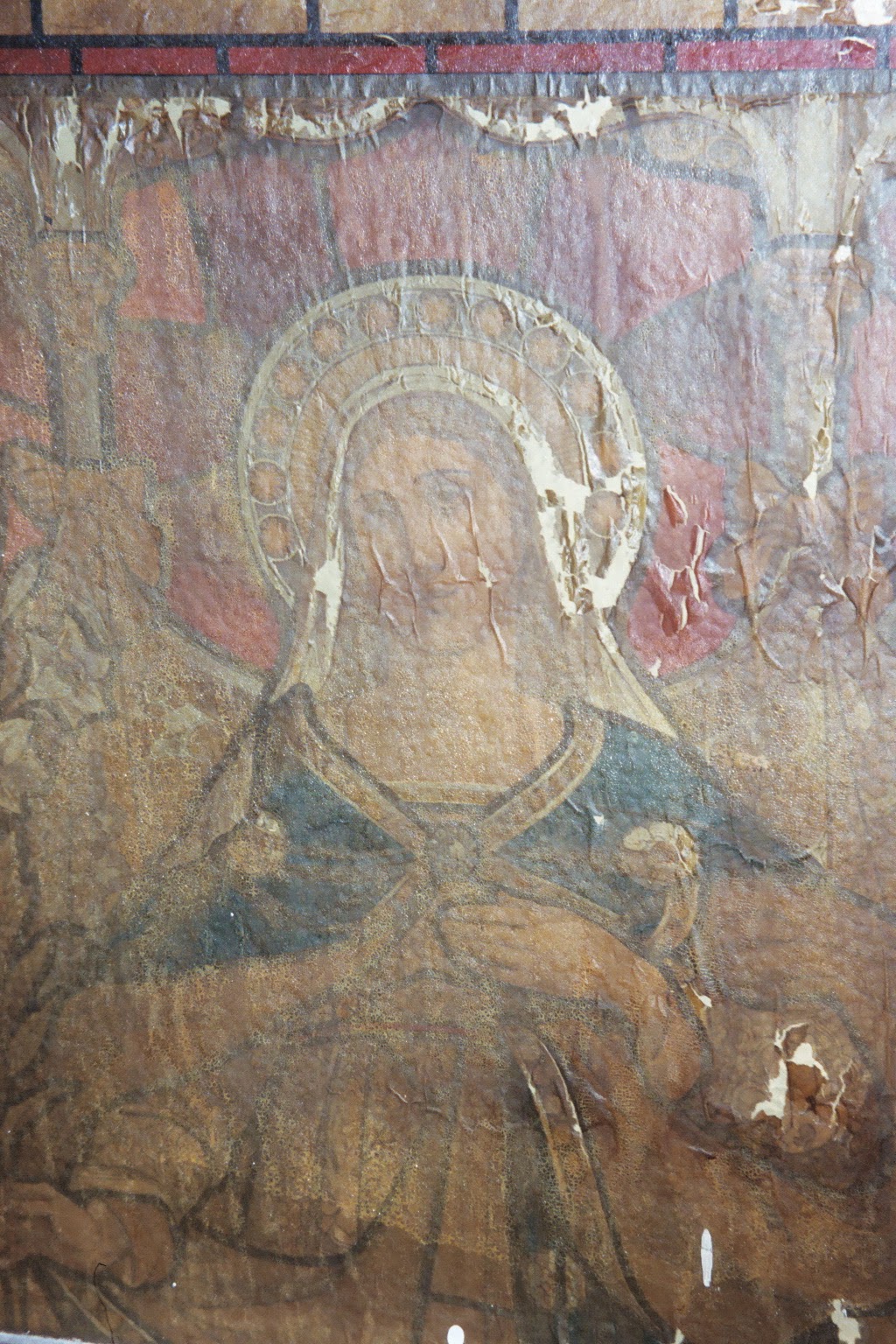 But this is the picture that is special to me.

You see, when I was much, much younger I played Mary in the Southern Baptist church that I grew up in during the Christmas play I waited until my cue to go on behind a wall, waiting to go up above the baptismal tub (which had a board over it) to sing my part, which was loosely based on the Magnificat prayer.

And while I stood waiting, I stood beside this painting and looked up and began to talk to Mary.  I did it as we rehearsed and as I waited to go on the night of the show.

When I took this picture it was over a decade since I'd sang that song and prayed those prayers.  I was married and newly confirmed.

To snap the picture I had to push aside a couple boards that covered the window to peer up at the faded image in the darkness.  Above Mary and out of the photo's range there is an image, of the holy spirit descending on her as a dove as she says her Fiat ("I am the handmaid of the Lord.  Be it done unto me according to they word").

Yes this window, boarded up and forgotten, is the first one I think of whenever I think of the start of my conversations with the Mother of God, whose intercession would one day help me find my way back to her son.  And that is why I chose it, although it is faded with time and only an echo of what it must have been when it was first put in place.

For more Theme Thursday head over to Clan Donaldson (I'll post a link to today's post as soon as I see that it's up!).
Posted by Cammie Diane at 8:33 AM

Email ThisBlogThis!Share to TwitterShare to FacebookShare to Pinterest
Labels: My Conversion, Theme Thursday