Watching Maggie and Sadie's relationship blossom has to be my favorite thing about the last few months.  Maggie seems to have suddenly noticed her big sister and decided that she's a pretty cool person.  When she wants to do something with Sadie she runs over and grabs her hand and then leads her to the place where she's decided they need to play and will start playing.  And since Maggie has been dressing up like a princess her big sister is super, super interested in playing with her now. 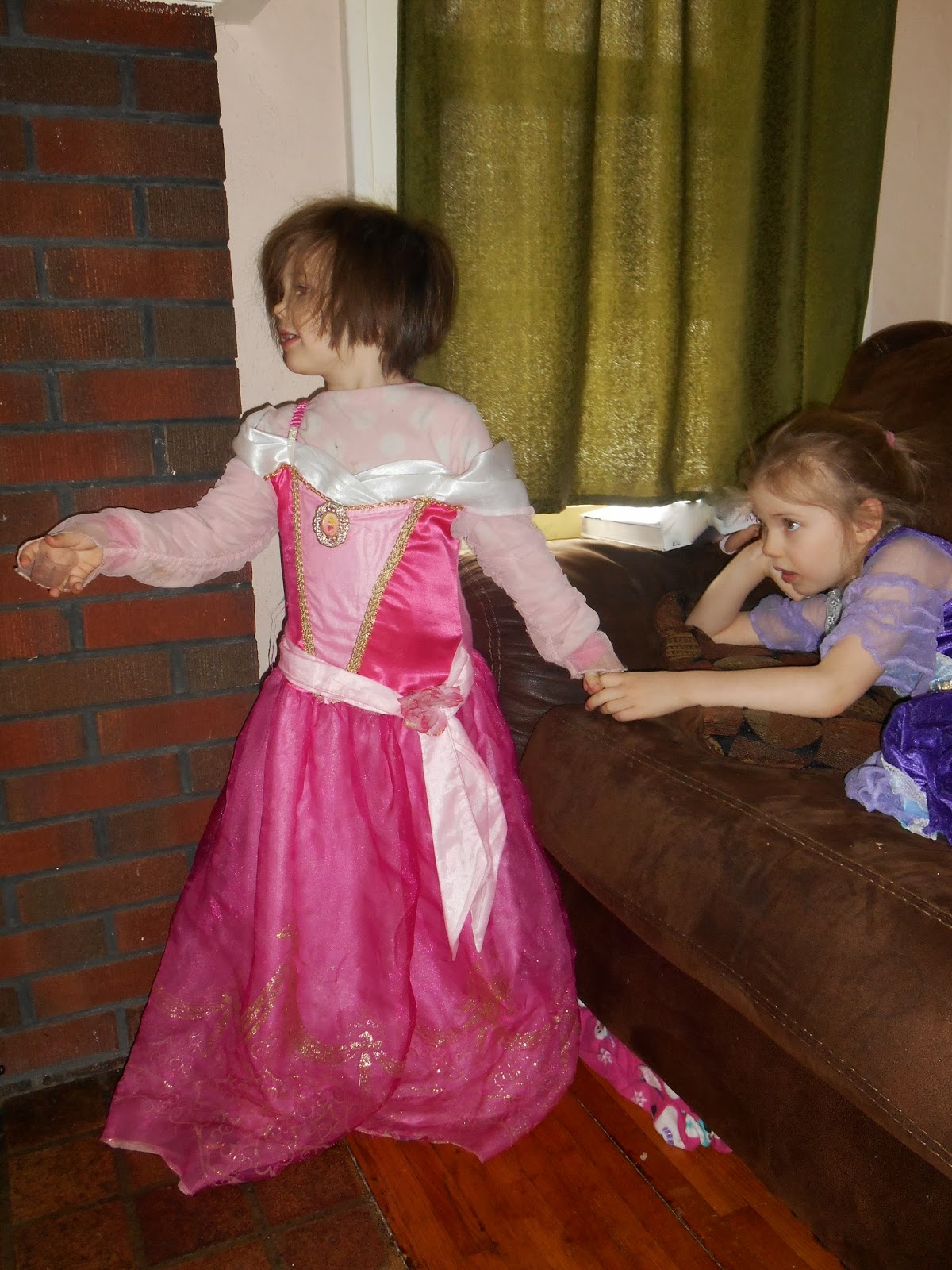 Although there was still a moment last night when Sadie had settled onto the couch just before bedtime to look at a book and Maggie ran over and grabbed her hand and started to drag her across the room and Sadie said:  "Maggie, I don't want to play with you all the time!" but Maggie was unconvinced and within a minute all three of the kids were racing back and forth across the living room giggling: 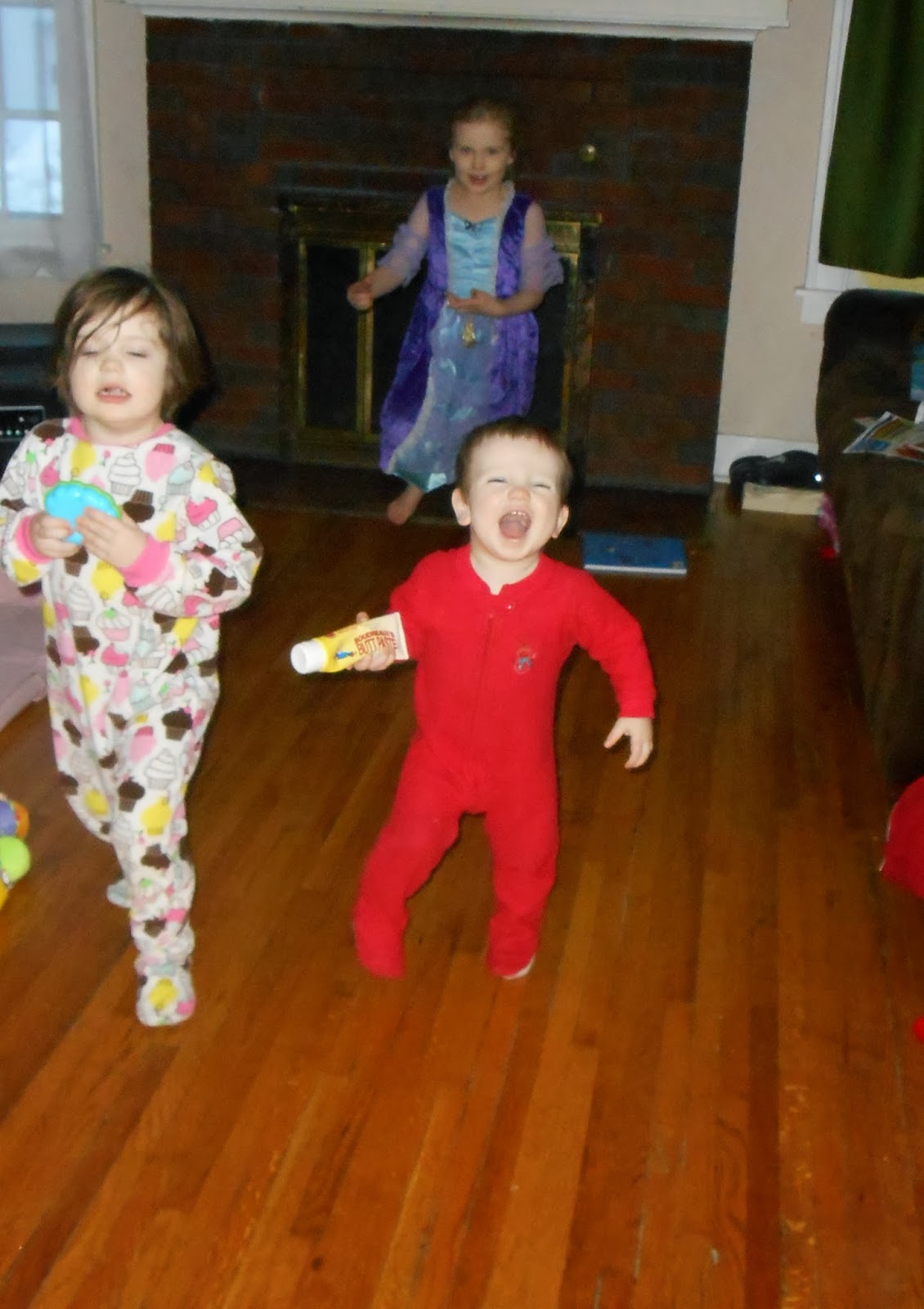 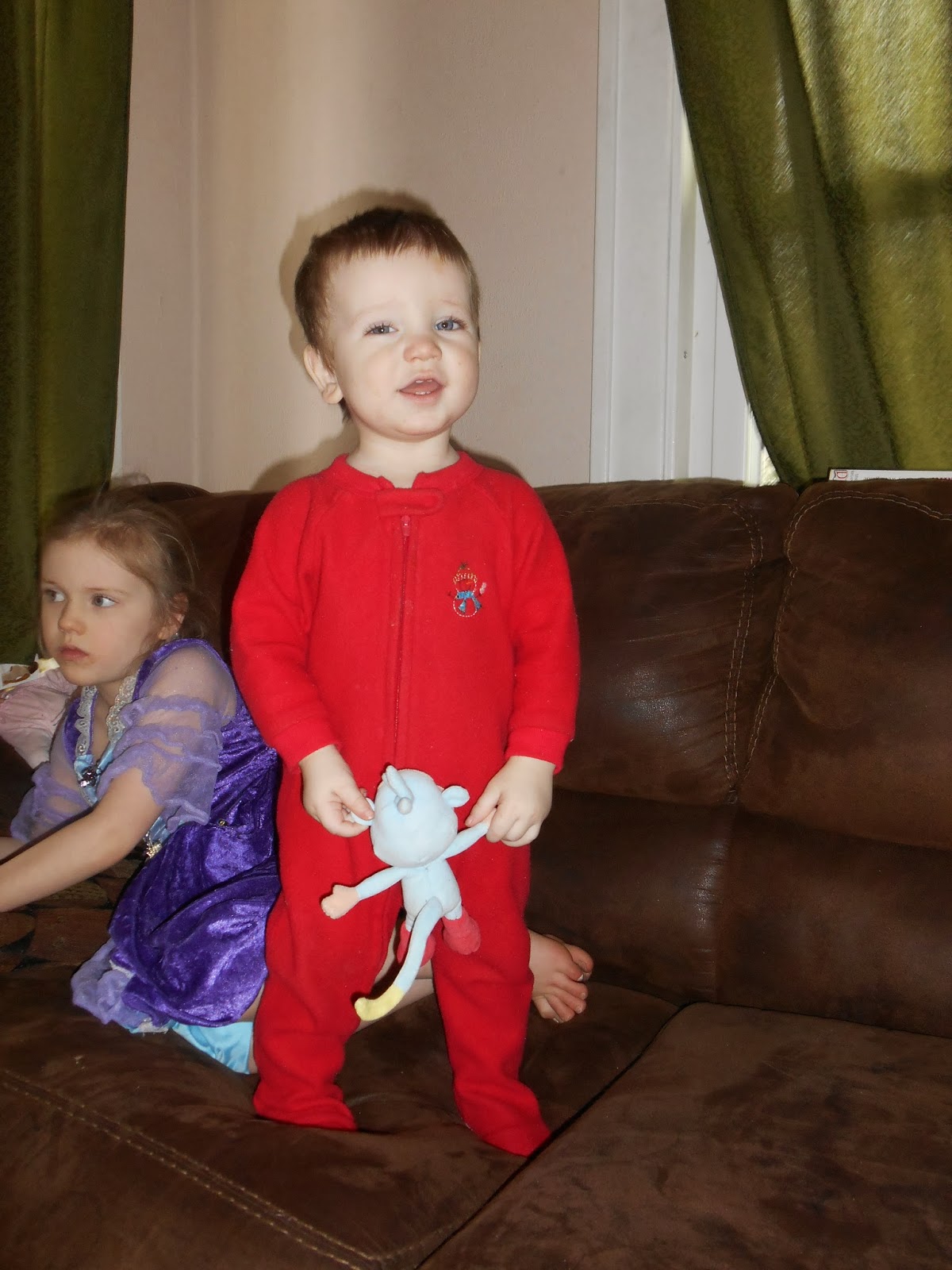 Patrick's favorite word is "Daddy" followed by "Maggie" and then "Sadie."  He'll also say "rub, rub, rub" (about putting his lotion on), "shake, shake, shake," (when he sees me shaking up Mae's milk and vitamins) and "itch, itch, itch," (when he was scratching his tummy and being silly).  Do you notice what word isn't there? 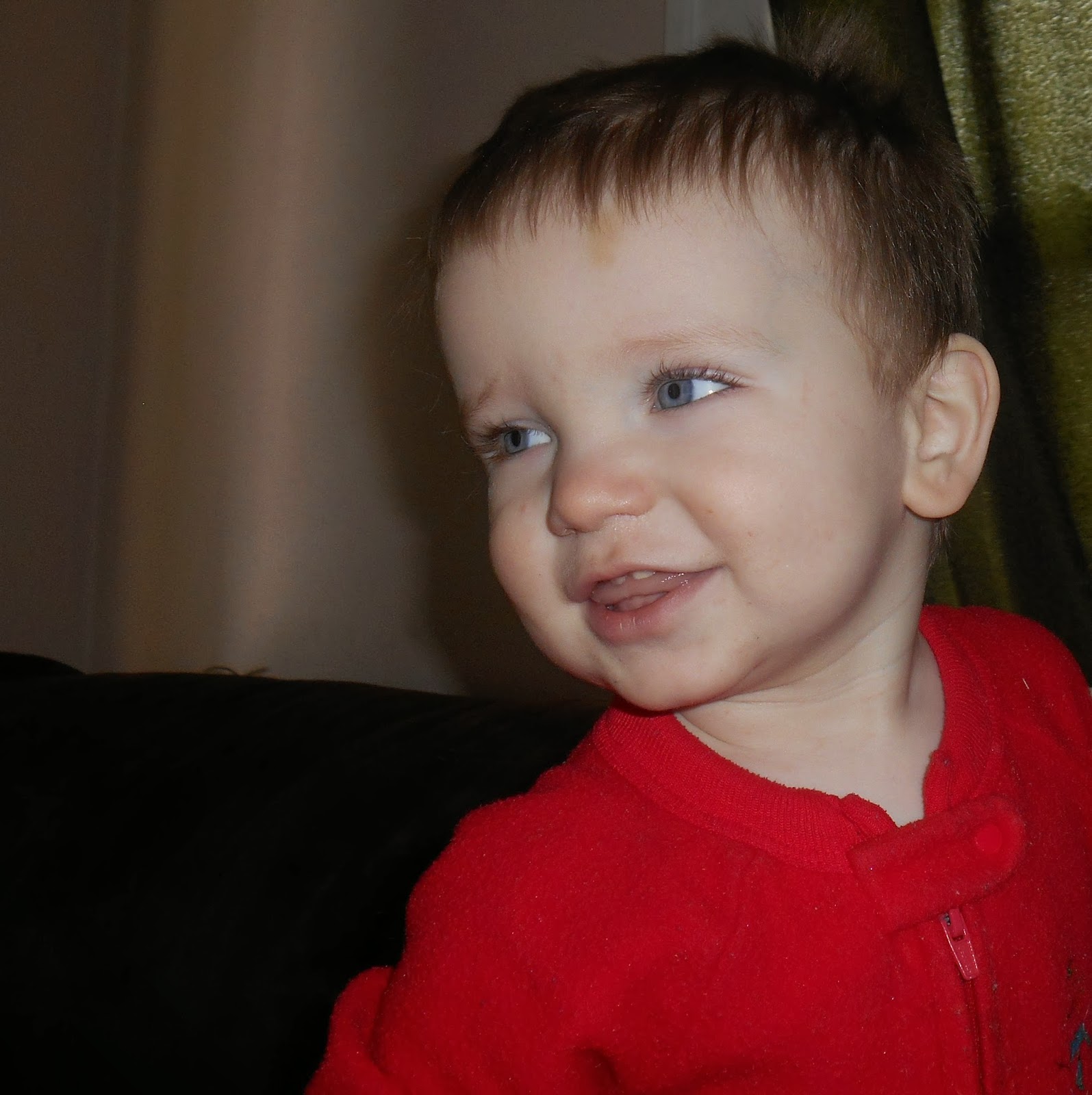 I now have the best reason ever for wanting winter to be over right this second.  Our energy bills for January arrived and apparently keeping the house from feeling like -19 cost $500.  I took a deep breath and told myself that a) at least the disaster last month set us up to be able to pay that much for this month and b) from what I heard that's not all that bad for a month in Michigan right now because other people are getting bills that are way higher, but it still feels kind of crazy.  And it makes me all the more ready for spring, although I'm fairly sure the February bill is going to be roughly the same.

I no longer trust the percentages for snowfall given on our security system panel.  After 20% chance of snow turned into something like half a foot a week or so ago I'm looking at anything over 2% as a reason to look for the almost inevitable flurries that start drifting out of the sky.

Although snow I'm okay with as long as the temperature is above 20.  That's my little winter request at the moment.

See.  Winter has me talking to it now like it's a person.  Which I'm pretty sure is a sign of February induced insanity. 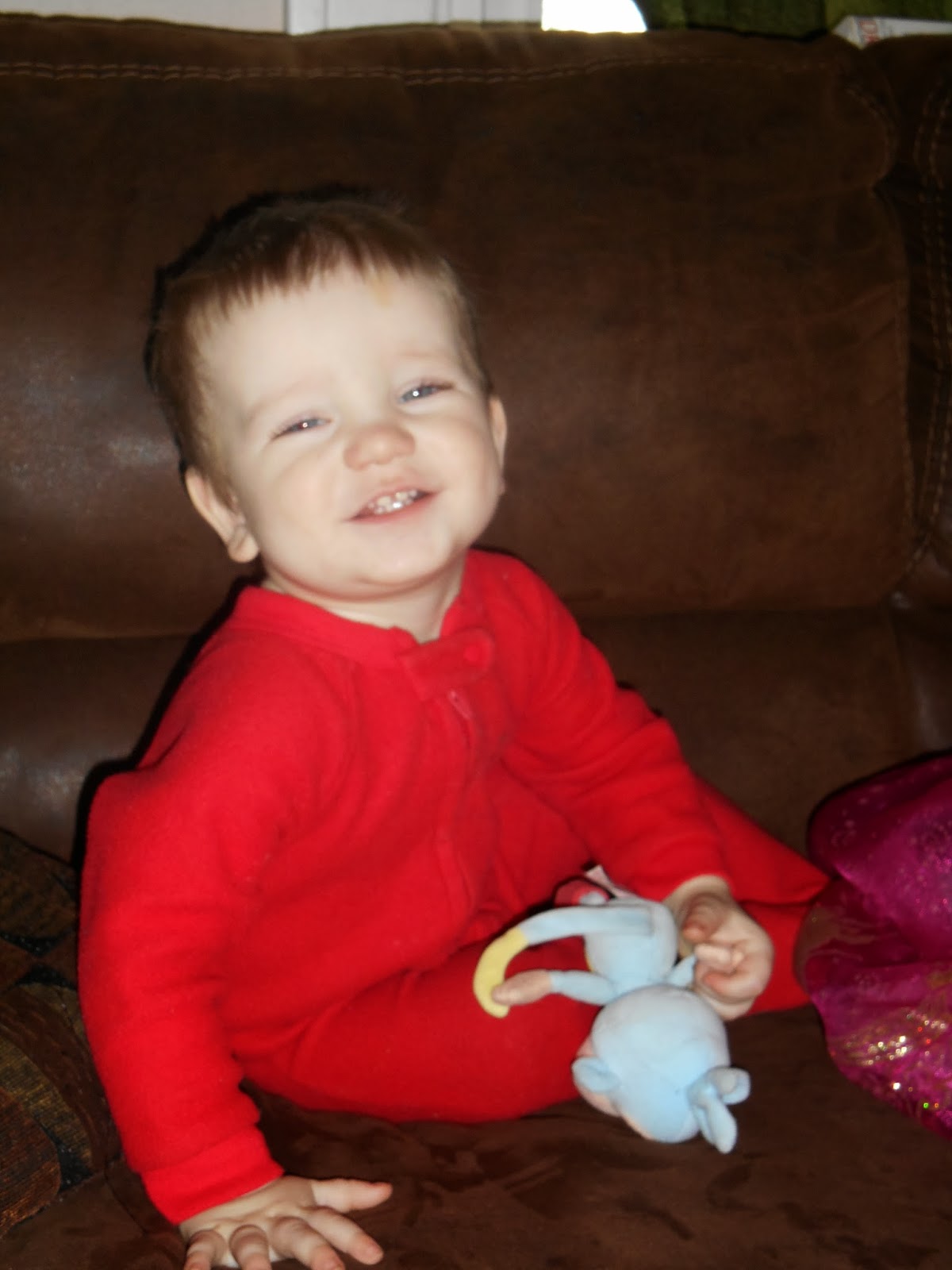 For more Quick Takes, visit Conversion Diary!
Posted by Cammie Diane at 8:05 AM