Last week when we slipped in from the narthex and walked forward to receive the Eucharist I had my hands full.  Paul had Patrick but Maggie was in exceptionally fine form and while she usually tries to rush up to attempt to abscond with her own Eucharist, on that particular Sunday she was adamant that we weren't going forward.  She was noisy and wild and it was taking all of my attention to get her down the aisle without bumping into anyone while trying to hush her at the same time.

Finally we made it to the priest and I received and turned to go.  I made it a few steps before realizing that Sadie was no longer beside me.  Turning I saw her standing there, smack dab in the middle of both lines, face bright, staring at the chalice.

"Sadie!"  I whispered as her sister attempted to escape and drag me down the aisle, but I got no response.  She was in her own little world, her attention fixed on who was before her.  "Sadie!" 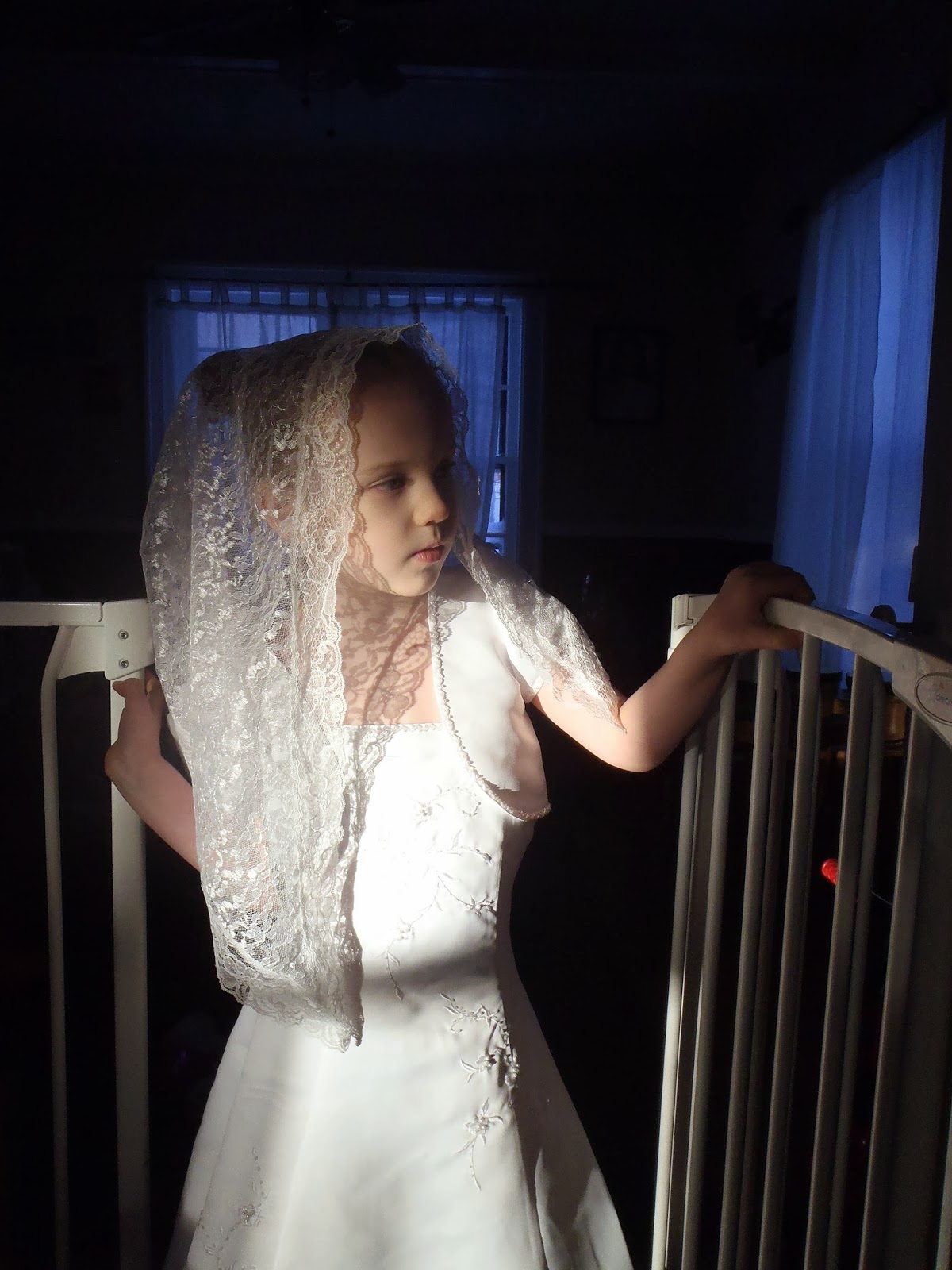 Finally Paul, who was thankfully behind us, put his hand on her shoulder and said her name softly, which snapped her back to the world in which she needed to walk back with us to the narthex.  She turned, looked surprised, and hurried after me.

Later, in the car, as we navigated through the thickly falling snow, we talked about that moment, which was so reminiscent of her attempts when she was three (and four) to convince every single priest she came across that she was old enough to receive, by kneeling and tilting back her little head and extending her little tongue.  Paul who'd been behind her, had thought she'd been trying to receive but I shook my head.  "I don't think so.  Her tongue wasn't out.  And her arms were crossed."

I think someone might be big enough to appreciate going to adoration occasionally...  She's going to be so excited when it's finally time for her first communion!
Posted by Cammie Diane at 7:31 AM