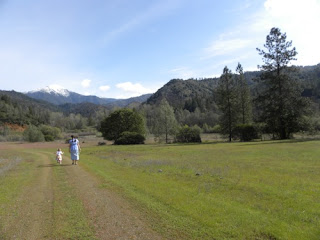 I grew up in a small town, in a rural county. When I was young it was common knowledge that the county sheriff was incredibly corrupt. We knew someone that he’d threatened. And everyone in the county heard the stories about how he’d been pulled over, yet again, so drunk that he could hardly stand, and then driven home without any sort of record being filed. In some places stories like that might have stayed a secret, but in a very rural county it only takes one person telling a family member about the little scandal from that night’s shift and by morning the story would have likely spread to the furthest reaches of the county.

I learned one lesson though, at a very young age: It’s hard to feel safe when the people who are in power are downright scary.

We realized early on when we moved to our current home that we were blessed with a good sheriff, who cares about the people of our county and respects and upholds the law. Law enforcement here may be limited in their successes because of the size of the county and the scarcity of resources, but they haven’t been hindered by the corruption that I grew up with.

Unfortunately, our sheriff is going to retire this summer… and we can no longer be sure that the person who follows him will care much for justice or truth.

There are three candidates in the race for sheriff.

When we heard the name of one of them it sounded familiar, but I couldn’t quite put a face with the name. I asked Paul and after thinking for a moment he said “isn’t that the guy that writes all those crazy letters to the editor?” I thought for a moment. He was right. The name matched the name of the man who seemed to be in a perpetual feud with someone or another, writing long-winded rants on a weekly basis. He’s also announced in the local paper, in this week’s section on the candidates and their views, that he won’t go after drug related crimes (even involving meth, which is a major problem here too) because it’s a “victimless crime.” He’s also announced that he supports the legalization of pot, but that it absolutely should not be taxed… 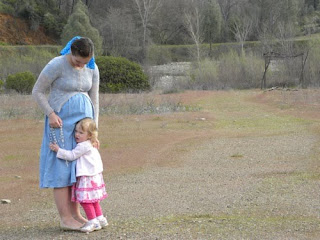 He isn’t the scary option though.

There’s another candidate that takes that title and the stories I’ve heard, from people that I trust, are enough to cause my ulcer to flare up (after surviving the first trimester without needing the assistance of an internist!).

A tiny sliver from one of the stories includes these facts: He managed to delay one man’s hearing for a trial for three years (while he sat in jail) and at the end of the three years most of the charges were dropped. He was then found not guilty of the remaining charges. In our county you apparently do not have the right to a speedy trial (during that time the man’s family spent $150k on lawyers trying to get things moving) if the people in power decide that they don’t like you (unfortunately this candidate’s already a part of the “justice” system in our town).

It’s even common knowledge that he worked to get a mother’s records sealed in a court case (that still hasn’t been settled) that would involve sending two children (ages 4 and 6) back to a mother who six separate evaluations (or at least that was the last count I heard… it could well have gone up by now) said was a danger to the children’s lives. This drive to return the children to their mentally ill, drug-using mother the result of a personal vendetta he’s created (through his own very questionable actions) against the children’s current guardians, that shows his frightening disregard for what’s best for even the innocent when he’s trying to hurt someone that he doesn’t like (I’ll ask for prayers for these little ones too, because the situation that they could be put back into is very, very frightening).

It’s also become common knowledge that he and his friends have been threatening anyone who puts up an opposing candidates signs. One man called the campaign office of the other lead candidate and told them to come and get the sign he had requested the day before. He was so frightened when they showed up to get the sign, that he was stuttering and kept repeating that he’d been stupid to put up the sign in the first place, that he “just hadn’t been thinking.”

Even the newspaper (that I used to work for pre-baby days) has failed to run any of the letters that have been sent in that support the third candidate. They have run lots of glowing letters about this particular man though.

Last week the signs of this other candidate filled half the shop windows in town. A few days after I noticed the signs, a friend told me that the scary candidate (for lack of a better word to describe him) had gone from business to business having a talk with the shop owners who had made that “mistake.”

Today my dad pointed out that all of the signs were gone. Considering the daily stories that have come out about all the people who have been threatened by this candidate (and his friends) I can hardly believe that the signs are all down because everyone has suddenly decided that he’s a great guy… of course that’s just a supposition that I’ve come up with…

Still, I would be willing to bet quite a bit that the signs are down because people are afraid.

The man hasn’t even been elected and already the friendly, safe feel of our community has changed.

I am praying nightly that he never is elected.

There is a third candidate that will also be in my prayers. I’m praying that he wins and that we have another handful or years with a good, honest man heading our sheriff’s department, in spite of the smear campaign that’s been launched by the opposition.

The alternative is very frightening.

In fact, it’s so frightening that I haven’t used any of the candidates names in this post… my regular readers know me well enough to know that I don’t usually censor myself… but after a lot of thought I realized that if I were to use the names I would be putting my family at risk and at this point I’m really not sure what this man is capable of. In fact, I was hesitant to write about this at all… but since writing is how I deal with frustrations, in the end my need to vent about this won out…
Posted by Cammie Diane at 10:00 AM