They Don't Make Diapers in that Size... 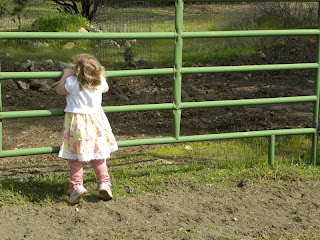 I’m fighting a losing battle these days, and it’s all because of the diaper making companies, who refuse to admit that a child can be larger than a size six diaper and still be a “baby.” I’ve been putting off buying pull-ups, because at just under 21 months I have a very quick toddler who shows no interest in using her little princess potty as anything other than a step for climbing.

I’ve also been worried about the practicality of pull-ups. When it’s time for a diaper change I have a tiny person who sprints around the house trying to avoid me (and it’s not exactly easy to catch her now that I’m feeling gigantic and am rather slow moving). I don’t think that tossing something that doesn’t to have easy to pull tabs into the equation is going to make life easier.

Lastly I’m a bit nervous because I’ve always thoughts of Pull Ups as diapers that were used to catch “accidents.” Will they really work as well for a baby who is using them as a diaper?

So far the diapers are still working during the day (and will hopefully continue to work for a bit longer) but they are no longer working for more than an hour or two at night.

I even looked at cloth diapers in one of the baby catalogs we receive, but their XL size was way smaller than Sadie’s weight (she was three feet tall last time I measured and while I’m not convinced our scale is accurate, she repeatedly measured 43 lbs the last time she stood on it). Besides with our water shortage issues here, and with silt and mud pumping up out of the well for the majority of the year, upping the amount of laundry would hardly be a popular idea here.

All these reasons combined explain why this morning after Mass I’ll be trekking over to CVS to examine their night-time Pull-Ups. Sadie is wearing a 3T these days with most of her 2T clothes being too small.

I imagine we’re not too far away from potty training, and she is very interested in the book we read together on using, but it’s also not something I want to push with all the other changes that are going on (weaning, moving as soon as a spot opens up, and the new baby arriving before too long).

Now if she’s still not interested after she’s turned two, I might have to bring home that Potty-Elmo she always giggles at when we go to Target… and start buying every “use the potty” book that I find…
Posted by Cammie Diane at 10:14 AM