The 12 Week Appointment (with pictures!)

Thank goodness it's over!  Bed Rest has officially been lifted!  The baby looked wonderful in the sonogram today, measuring right on target, with a heart rate of 182.  There was a lot of wiggling going on.

I also started the antibiotics and while it's only been five hours I think the cough actually sounds less horrible (viral my foot!).  But that just could be my desperately wishful thinking because I'm not sure it could really work that fast.

And I got an okay to go for the chest x-ray, and headed straight over after my OB appointment, so now we're just waiting on the results (after they took the first x-ray I heard the tech say:  "there it is!" which led to much speculation on my part about what that meant.  There what is?  My lung?  A foggy cloud of pneumonia?  A giant tumor?).

Of course being told I have asthma means that I suddenly notice when I'm wheezing and breathless.  Which causes me to wonder how I possibly could have missed it before?  Denial?  And I made the connection between wondering about the breathlessness I'd been having in the past month before I got sick and the diagnosis (that was a particularly dense moment... not realizing it earlier).

In other news the answer on the VBAC was a very adamant "no."  But at least she explained why medically she thought it was much too high a risk for me personally, considering my last two births and the reason for my other c-sections (being that 1 in 200 woman that had cephalopelvic disproportion on a previous labor doesn't help me convince anyone).  I can't even honestly be in denial about it being CPD with my first birth since my pelvis actually broke the skin on her head, and having seen the injuries that were still evident after about a month, I can't really deny what happened (now I was always skeptical about the nurses who couldn't stop talking about how small my pelvis was.  I personally think it had more to do with the giant babies).

Having had two over nine pound babies, combined with the c-section history made the answer a no, and since I know she does do VBACs I actually trust that she's making the decision based on my medical history and not some hospital policy which means I'm (sadly) willing to accept it.

So, barring a disaster in which the next baby is born in the car on the way to the hospital, it looks like birth #3 will be a c-section too.

Oh well.  I guess I knew it was a long shot.

But... I am feeling significantly more relaxed!  We passed the 12 week mark!  Baby is healthy and wiggly with a strong heart rate!  And that was the awesome news I was nervously awaiting!

And now for the pictures! 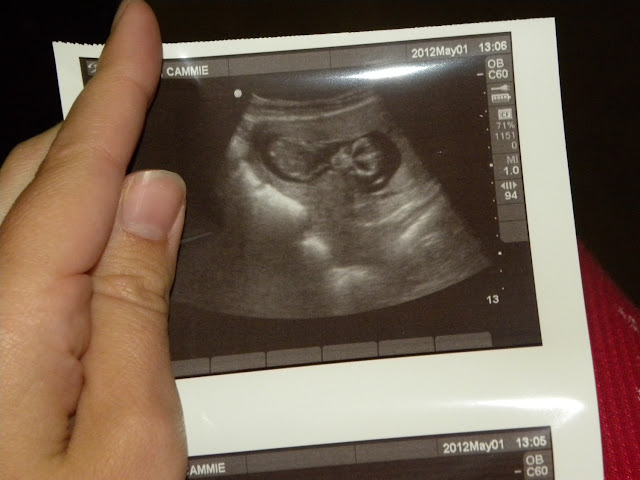 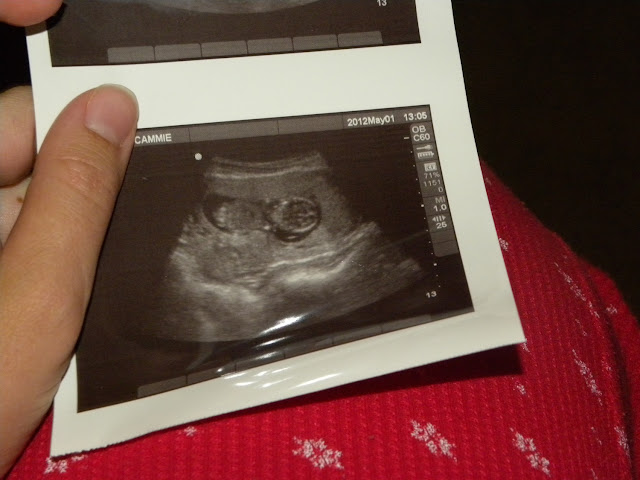