--- 1 ---
So yesterday we went to the Grand Canyon, which means we're really nearing the end of our cross country journey.  And I said something, as I shivered and danced from foot to foot in the 60 to 70 degree weather which now feels freezing cold after 10 months of humid hotness, that I didn't think much of.  Paul, who apparently doesn't feel the cold like the girls and I, seemed pretty sure we were all being wimps and I replied with something along the lines of:  "I'm cold!  Sadie's cold!  Mae's cold!  Even the new baby is freezing!  We're all cold!  It's cold!!!!"  Paul jokingly replied:  "Well the new baby needs to get a little tougher then!" (or something like that).

Not a big deal, right?  A totally innocent conversation?  Can you see where this is going?  Because I certainly didn't... 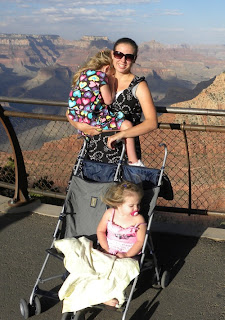 As we reached the rim of the Grand Canyon, several minutes later, Sadie burst into tears.  I thought she was afraid of the drop and scooped her out of the stroller.  She sobbed through the pictures we snapped.  Nothing would console her.  She sobbed back to the car.  When I asked her is she'd be happier with Daddy holding her she was furious and went on a sobbing rant we couldn't really understand.

Back in the car we bundled in blankets and headed back to the motel... and when we got there, and she was calm and smiling again, I asked her what was wrong... was she afraid of the drop?  was she cold?

"The baby wasn't hurt..."  I explained, trying to think of what she could possibly have been thinking.  "The baby was safe in Mommy's tummy."

"Oh Mommy!  I'm so sorry!"  She exclaimed, hugging me... and then I realized what had happened and that I was the one who should be sorry because she worried so about every little baby related thing...

So yeah... Epic Mom Fail at the Grand Canyon yesterday... hopefully seeing a princess castle today will make up for it...

--- 2 ---
Mae Bae has reached that age where she's decided she's old enough to tell us what she wants to wear and she's pretty upset if there's any disagreement.  Which is why she was wearing this bathing suit top yesterday, and rocking her Minnie Mouse sunglasses:

It's small enough that I like it.  It's out west, which is another plus for me, since I have found myself baffled by certain aspects of culture in other parts of the US (what's considered rude some places... and what's not in others!  There's a lot of variety...)... until I realized that I'm a small town western sort of girl...  and it's beautiful here ...  and at over 6000 feet I think I'd like the seasons! 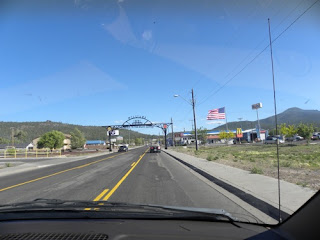 --- 4 ---
Using Hot Wire and booking hotels has made me realize that the ratings of hotels often have little to do with how nice they will be.  Because of the various Hot Wire deals we've stayed at 1 star hotels and 4 star hotels on this trip.  Last night we stayed at a Motel 6 and it was actually far more comfortable than the 4 star hotel we stayed at in San Antonio.  It's been really hit or miss... And I really didn't expect the Motel 6 room to look like this: 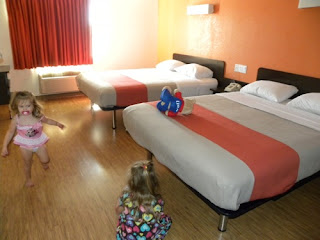 I have a new found appreciation for motel rooms with laminate floors.  It's so much easier with little kids! 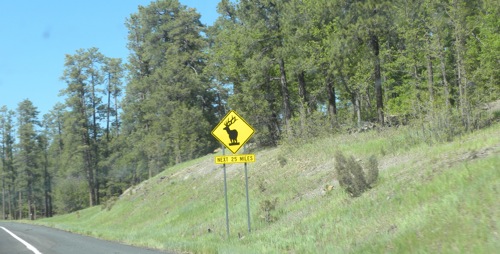 And finally to this: 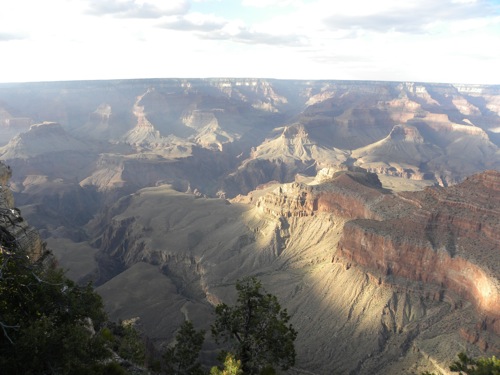 Arizona is a beautiful and varied state!  I didn't expect all this variety in one day!