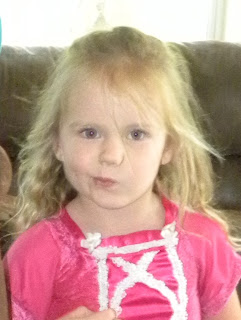 I just broke down and bought a AAA membership for our car.  We let the old one expire after we arrived here, mostly because I couldn't just renew my old one once we were in a different zone, and also because we weren't doing much driving.  However with more driving coming up in the next few weeks we decided it was time to renew.  It helped that after two days of Paul reminding me a "special offer" arrived in the mail today.

If there was ever a car that needed tow insurance, it's ours.  I didn't even opt for the lowest plan (which covers five miles) because I figure that if our car is going to break down, it's probably going to be in the middle of a desert (which hopefully will have cell service).

Hopefully we've replaced so many parts in the past year that there's nothing less to break... but after having a lemon VW in college I've come to realize that there's always something that can go wrong (with my cute yellow not very old VW bug it was the water pump, oil pump and head gasket all in a few months...).

Our car even has a please-don't-break-down name.  Sadie kept asking me the cars name when we were traveling a few months ago and I finally told her it was "Cabrini" because if ever a car needed a patron saint (to go along with it's tow insurance) it's our little van.  You see I'd read that Mother Cabrini was the patron saint of broken down machines  (although apparently Wikipedia hasn't heard that!) and the prayer that went along with that information was: "Mother Cabrini, put down your linguini, look down from heaven and fix this machini."  For some reason after reading it once it was stuck in my head and it seemed like an appropriate name for our car.

Sadie agreed that the name fit and ever since has referred to the car by name, on a daily basis.  When the car was in the shop we heard:  "Is Cabrini sick?  Will she be back soon?" regularly.  When we walk outside she nearly almost asks:  "Where is Cabrini?  I don't see her!" or "I have to be careful of my dress!  I don't want Cabrini to get it dirty!"

So now we're covered.  Which will hopefully mean that the car will keep on running smoothly through the summer (and with any luck for the following three or so years)!
Posted by Cammie Diane at 1:50 PM