Day 5 of the Great Cross Country Adventure: San Antonio to Fort Stockton with a Touch of Disaster

If anyone were going to be getting a double Sadie and Mae frown today it would be Daddy and it would look something like this: 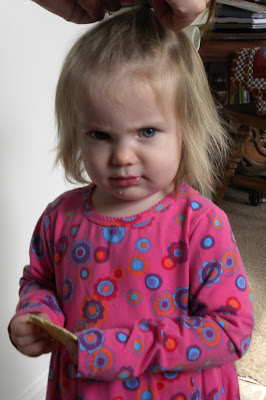 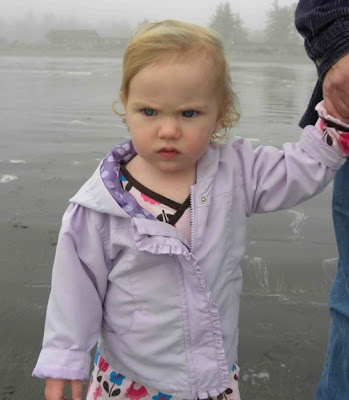 Fortunately neither Sadie or Mae felt like being too hard on Daddy, despite our rather unfortunate start to the morning.  And Daddy's the one who suggested the Baby Frowns, just so you don't think I'm kicking the poor guy while he's down. 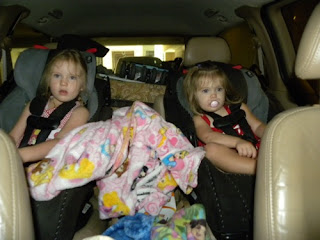 Things started out alright.  Just as we had on those previous mornings we got ready, packed up and loaded everything into the car.  We'd googled directions to Our Lady of Atonement, where we were planning on attending the 11 am Mass before we headed out of town, but first we were going to get breakfast for the girls.

It was at the end of breakfast, with an hour left until Mass, that we realized that it was gone.  I didn't think anything of it at first... Paul can be forgetful at times... of course his wallet would be in the car... and if it wasn't in the car it would be in his book bag, or in his clothes bag.

Except that it wasn't.

We all got back in the car and headed back to the hotel where the real search began.  The girls and I spent the next hour and fifteen minutes in the grimy parking garage while Paul searched for his wallet. 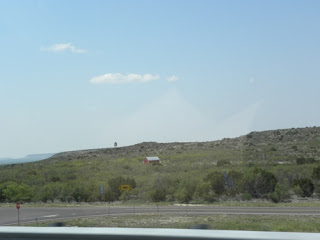 I was fairly certain that if I took the girls out of the car and went to look for him, he would come back and we'd miss each other, and since his cell phone was sitting right next to me I knew calling it wouldn't work and so we sat and sat.  I climbed in the back and re-searched his bags, fairly certain I'd find it there.

It wouldn't be the first time he'd told me something wasn't in a bag, only to find it there a while later, so I was still hopeful.  I had no such luck today and despite my pleas for Saint Anthony's intercession ("This is your city!  We just have to find it!")... And so after about forty five minutes I called and canceled my credit card.  Then there was more sitting and more waiting (the picture above with the car seats is the girls after quite a bit of waiting...).

Finally Paul reappeared without his wallet.  By now it was afternoon and we'd missed Mass and no longer had internet access to find a new time or location.  So we did the only thing we really could do and set off down the road, hoping that the wallet had fallen somewhere in the car and would reappear later (although we'd both searched so thoroughly that that was somewhat doubtful). 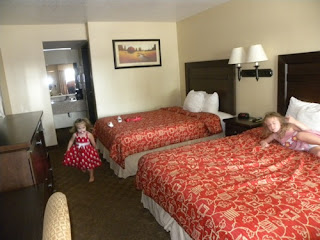 Instead we began to long drive into West Texas, which wasn't so bad once we saw the 80 mph signs which whisked us along as the land became drier and drier and cacti (or is it cactuses?  or both?) became more and more common.

And now we're staying at a little motel, that we actually like quite a bit more than the much larger, fancier hotel of last night.  We took the girls swimming before dinner in a tiny, very cold pool, went through a drive through after Mae fell asleep in the car while we searched for a diner, and then took two hours getting her to sleep in a big bed, since the little motel crib had already been loaned out to the baby three doors down.

Thankfully I still have a card that works in my wallet that should get us to California, barring any other disasters.  Now it's on to New Mexico!
Posted by Cammie Diane at 6:00 AM