When we were in Montana Nani and Grumpa offered to pay for the girls to take some classes with the local recreation district.  As we marveled over the selection available in our area, one class in particular caught my eye.  There were ice skating lessons for preschoolers held at Paul's school on the weekends.  The price was less monthly than the group ballet lessons she'd been in back in Naples and included a ice skating recital in December (we're all waiting amusedly to see what that's going to be like for the tots class).

And of course, I had to photograph her first class from the stands:

We arrived at the rink a little bit early.  It seemed huge! 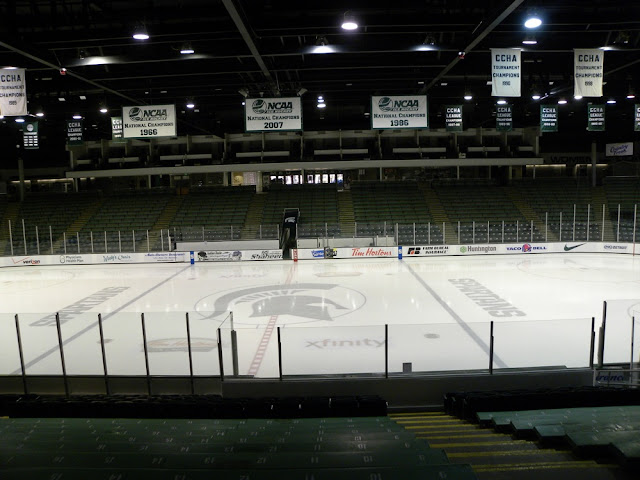 It seemed even bigger when we discovered that there would only be two kids in Sadie's class (including Sadie) and two instructors: 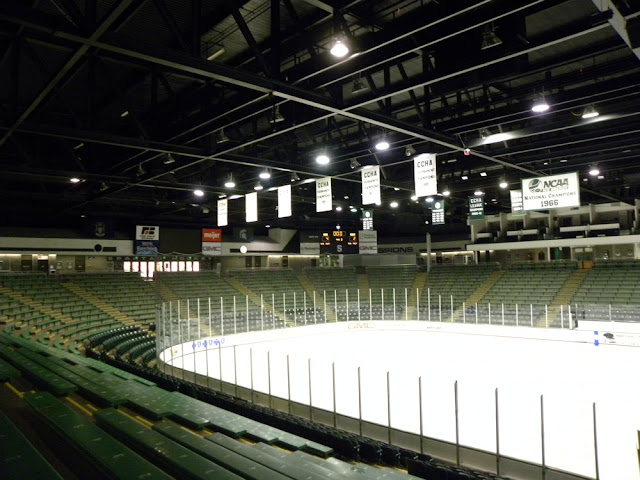 Mae and I watched from the stands.  And Mae was surprisingly interested in what was going on: 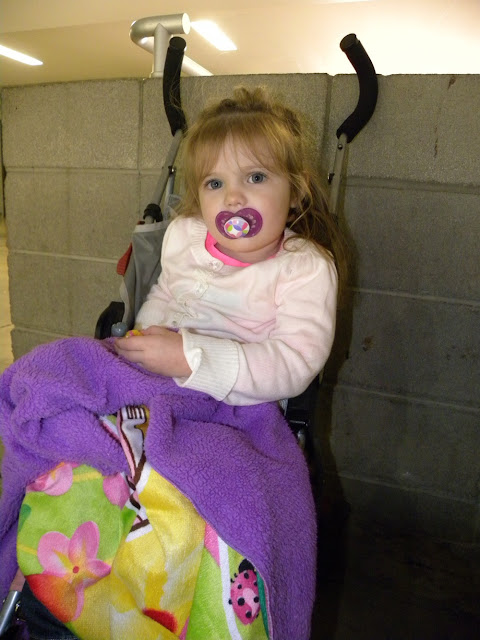 It took Sadie a few minutes to get her balance (which made me very grateful for the one on one ratio!): 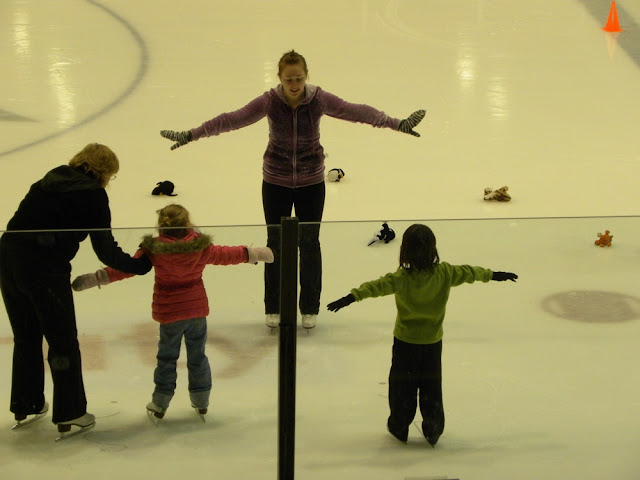 They got used to being on the ice: 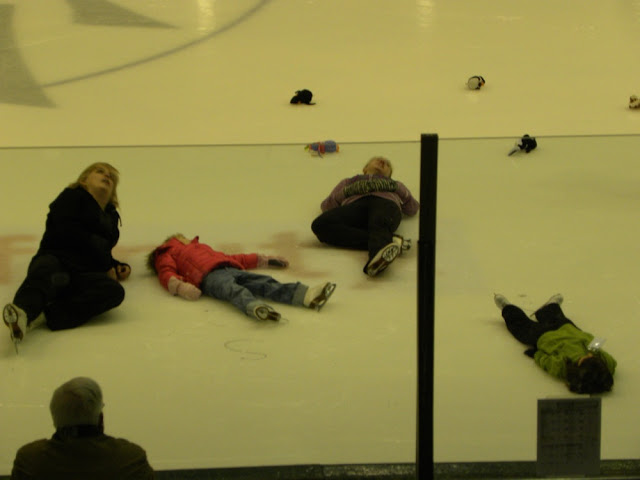 And pretty soon Sadie was standing up on her own: 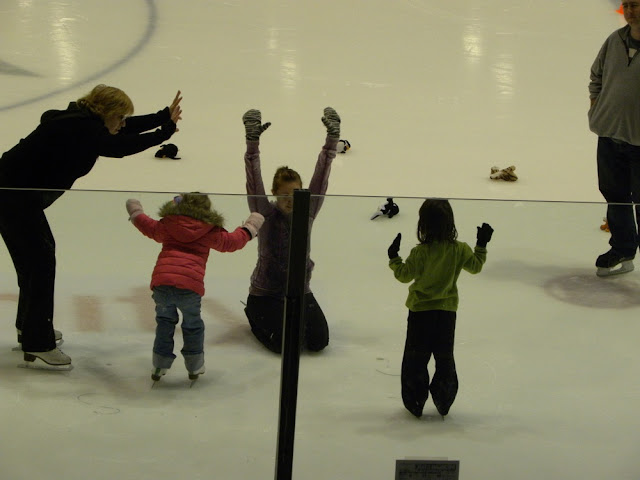 And gaining confidence with every minute: 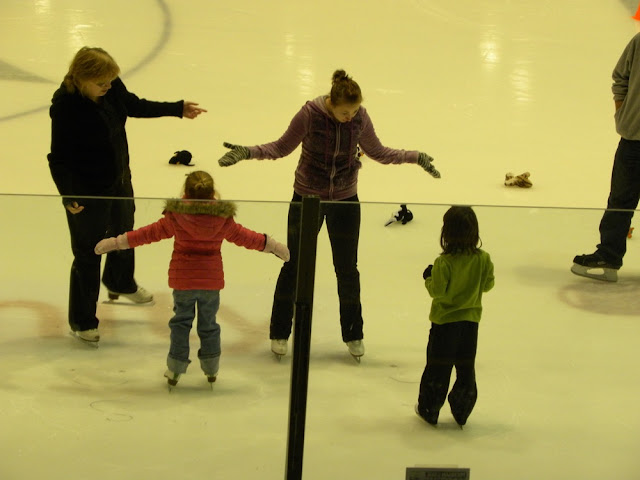 They skated around collecting stuffed animals and spent a lot of time working on standing up after falling down: 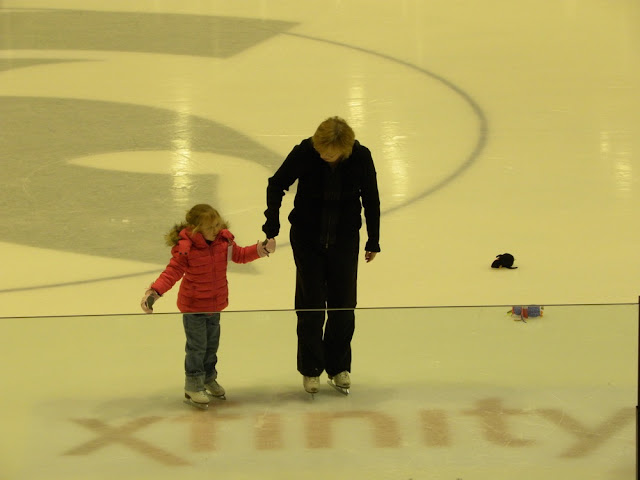 Sadie was surprisingly focused the entire class... although she was certainly getting tired towards the end! 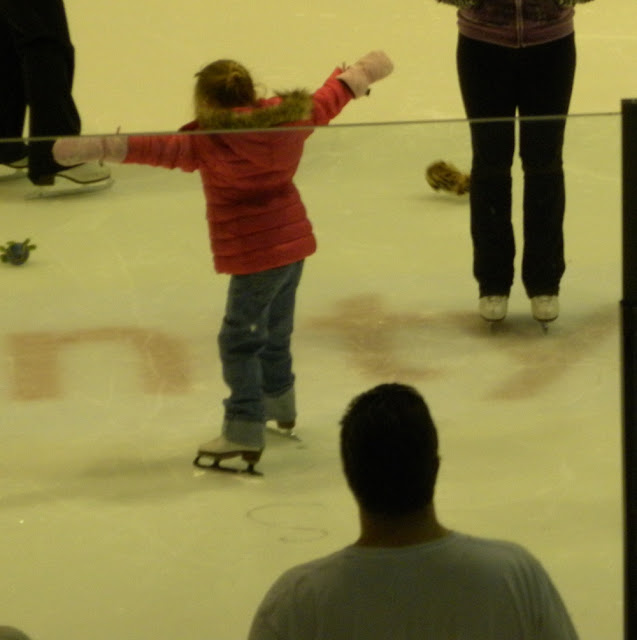 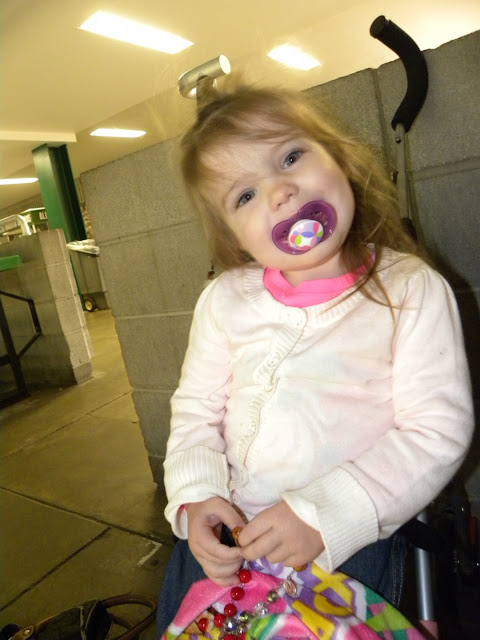 Daddy came on the ice for practice time: 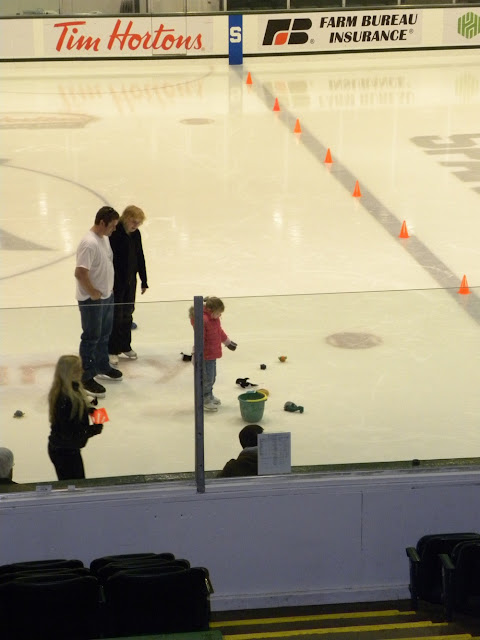 And the princess had her first fall.  She was pretty brave and finished what she was doing though... and she didn't want to get off the ice despite her ouchie! 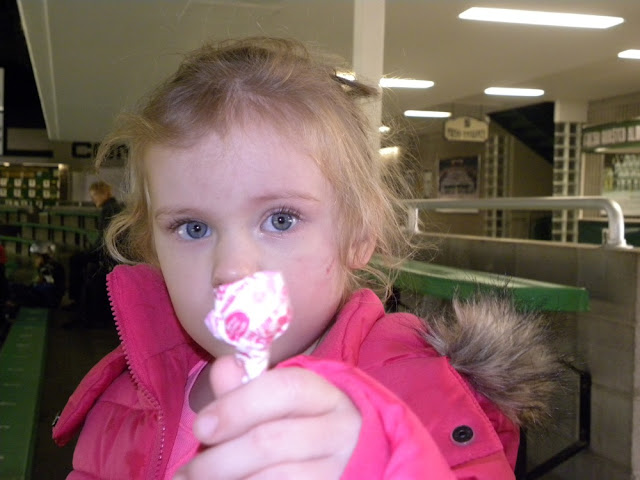 You know those ouchies when you know a bad bruise is going to form?

This was one of those: 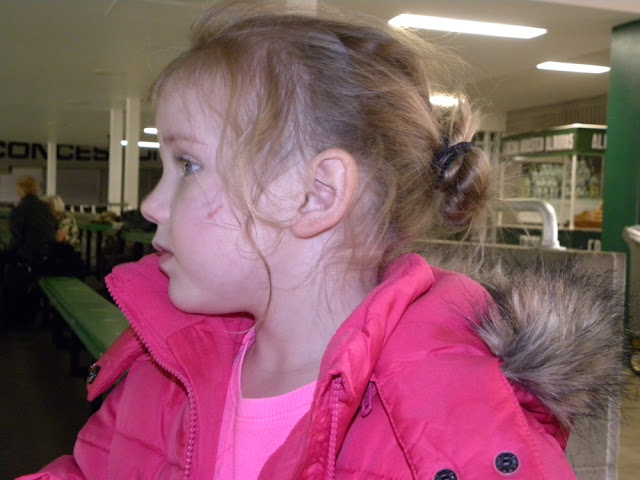 After class we visited Nani and Grumpa's hotel room where Mae played with the (disconnected) phone: 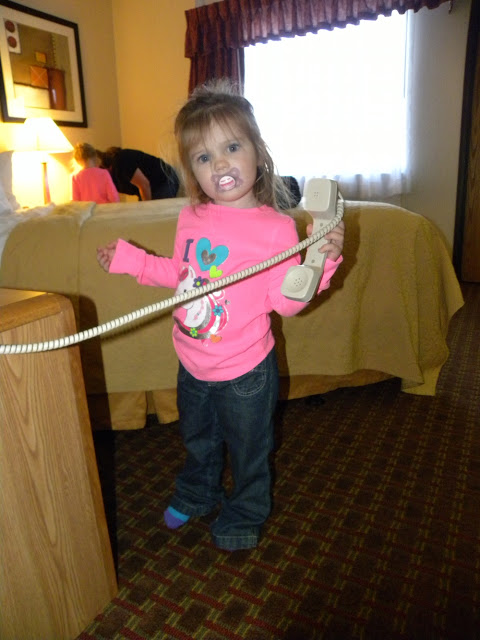 And Sadie spent quite a bit of time peering in the mirror at her bruise! 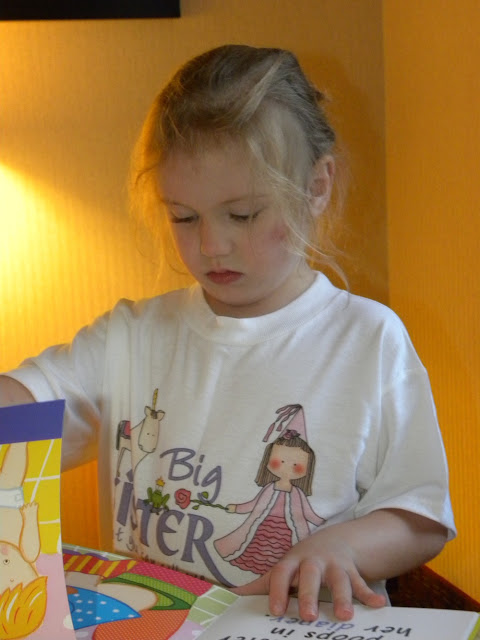 And when you add her eye to my arms, which currently look like this, post-hospital trip: 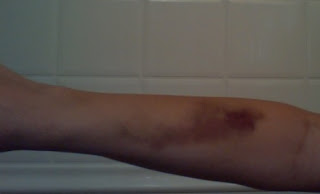 You have quite a few people certain that we're being abused...  especially since the 77 degree weather has us in short sleeves this week (when did 77 become hot?).

Poor Paul.  I'm surprised he's even agreeing to go out in public with us this week...
Posted by Cammie Diane at 5:18 PM