Last night after the babies were in bed I helped Sadie get into her tights and white dress and pink fluffy jacket...  It was very late for her to be going out... 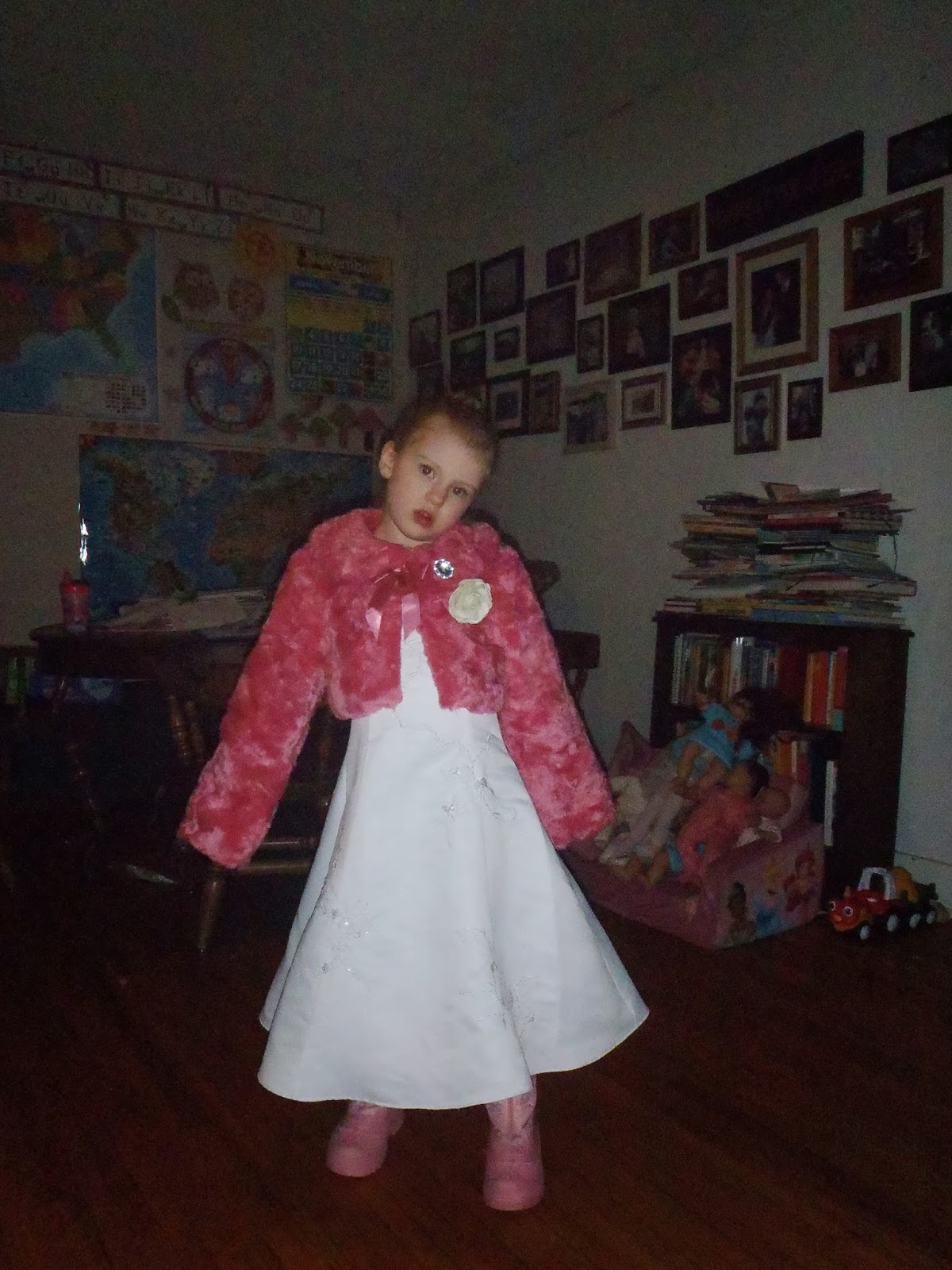 She waited by the door for Daddy to arrive home from his last class of the day... 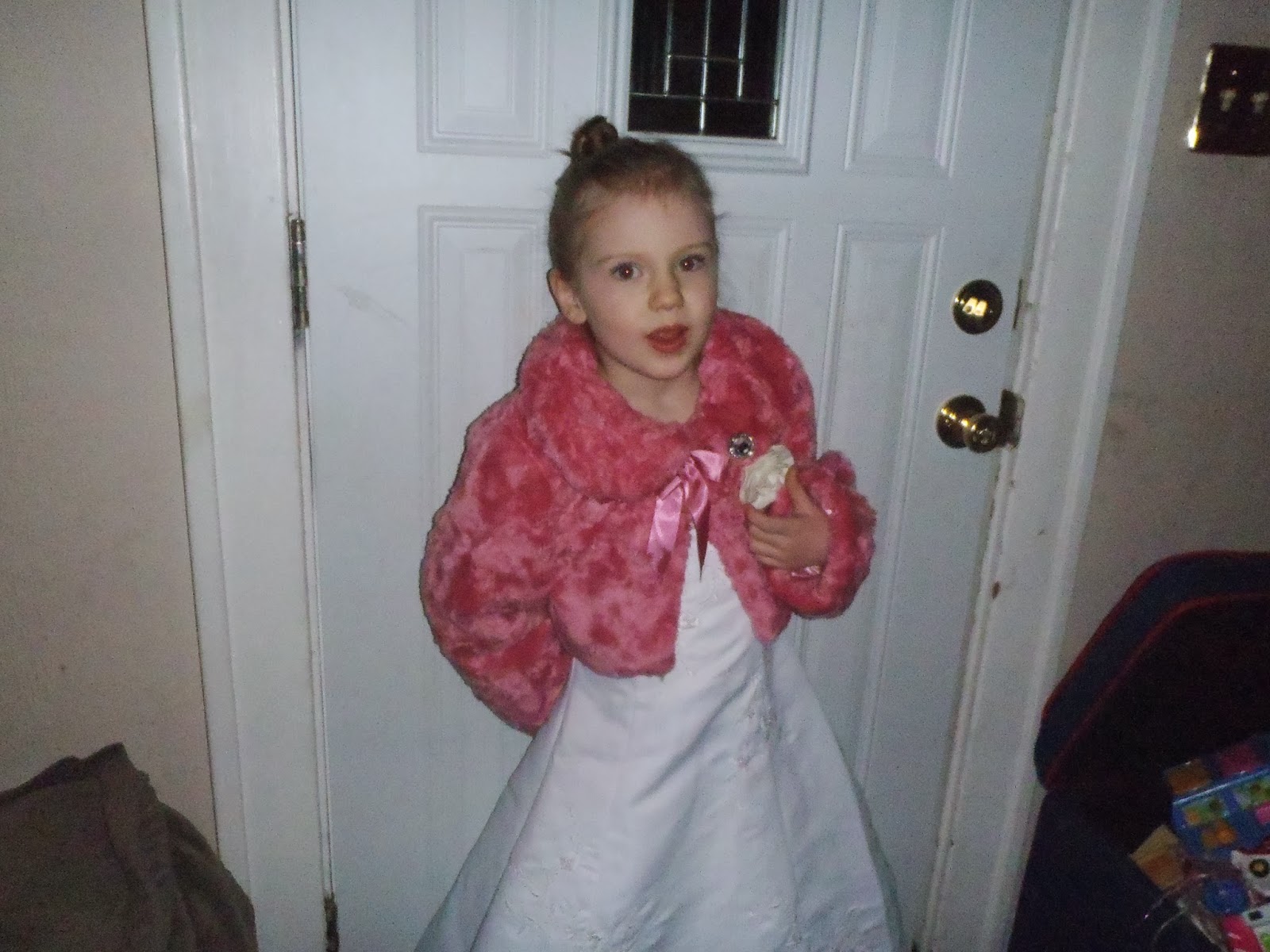 Then I quickly snapped a few pictures of them together: 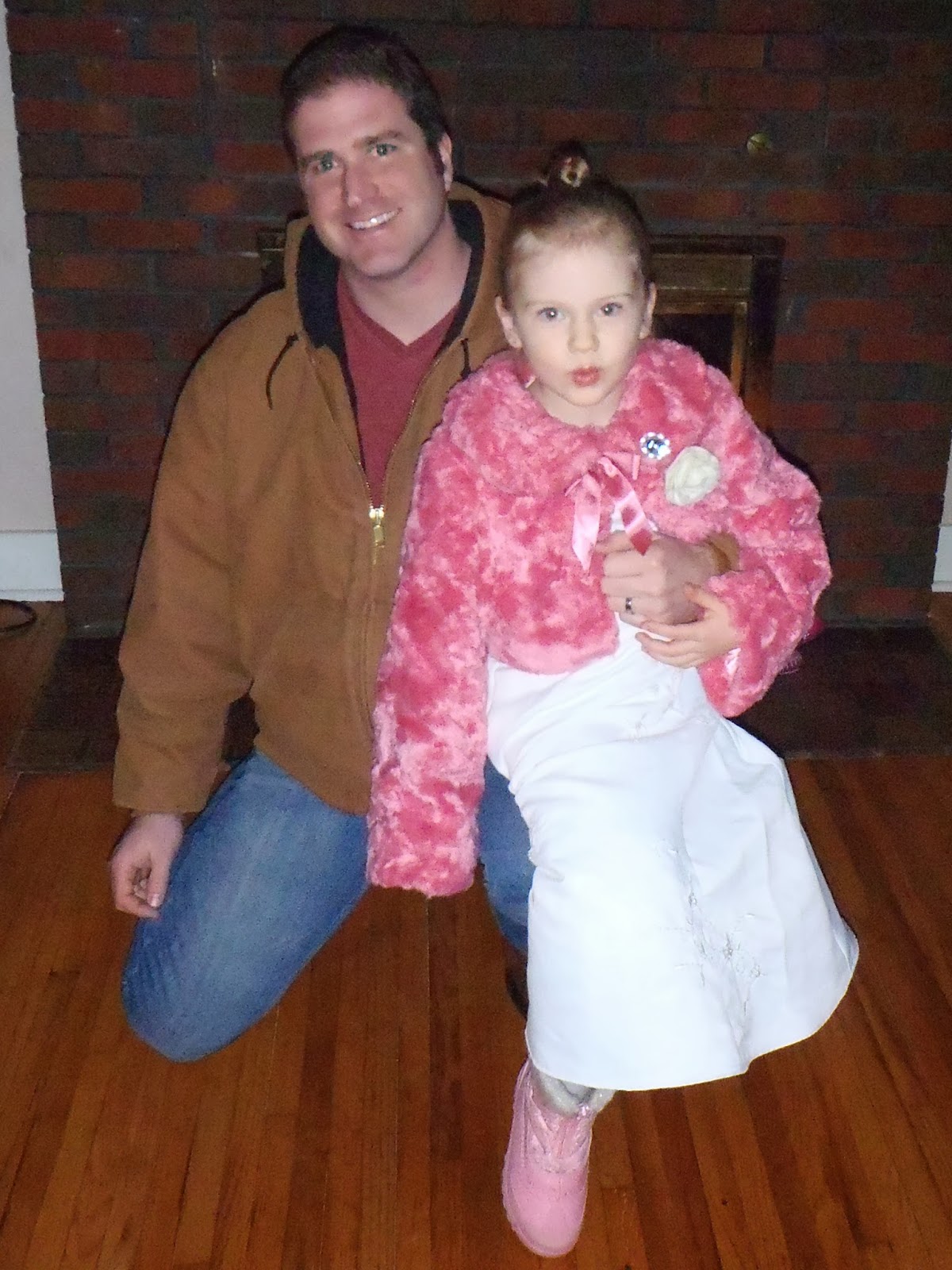 And they headed to Daddy's school to watch the Moscow Festival Ballet perform The Sleeping Beauty. 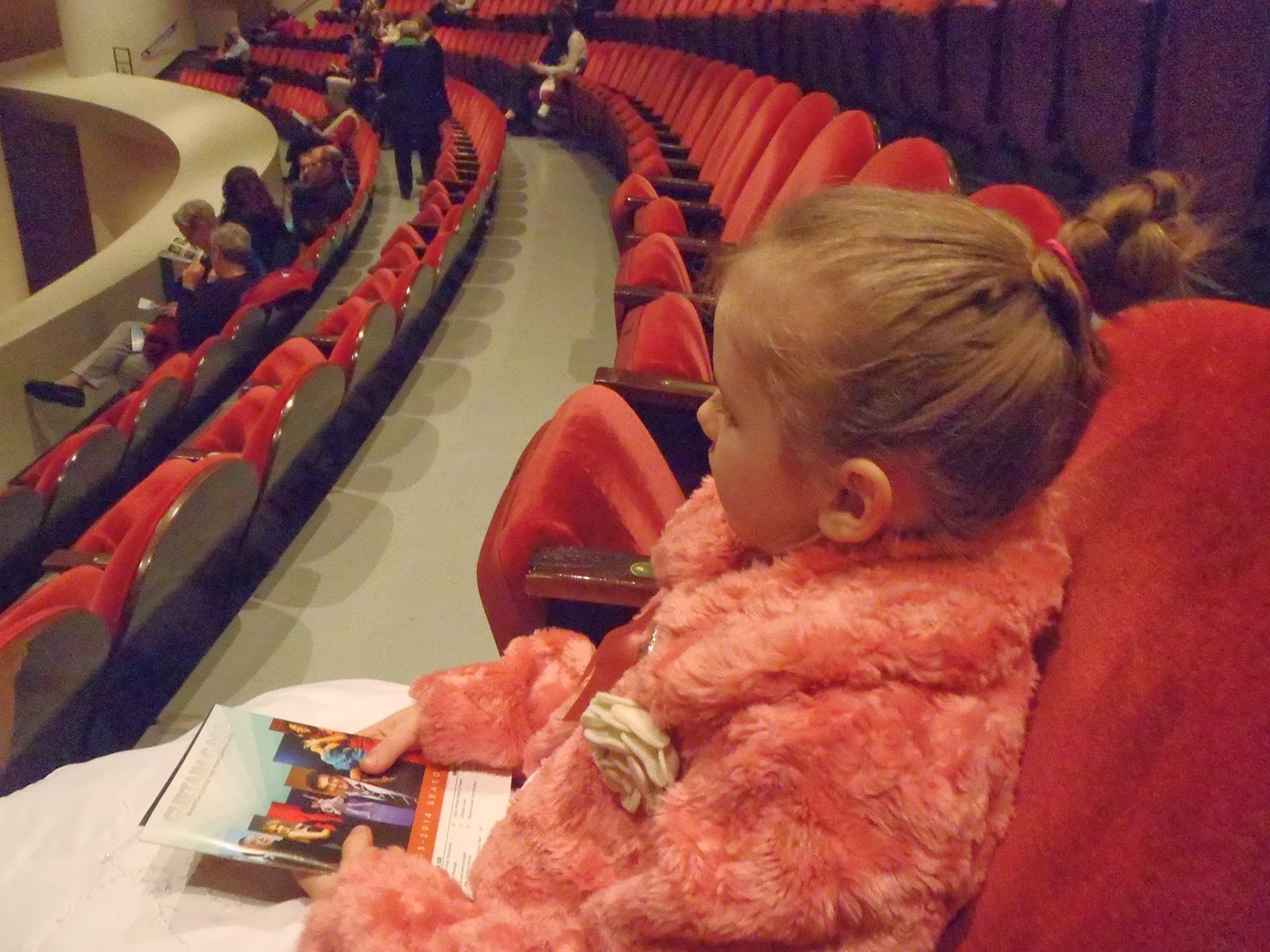 She had so much fun on her special Daddy Daughter Night Out!  And she came home and tumbled sleepily into bed!

Well.  Our pet experiment is over (I didn't think of it as an experiment at the time... it truly seemed like a lovely, and now horrible, idea).  Two baby gates were not strong enough to protect our poor little gold fish (no one needs to make me feel worse about this because I seriously cried for like thirty minutes this morning while Sadie said "can you just give him the fish medicine to make him better Mommy?").  No, we are clearly not ready for a pet.

Because while upstairs getting ready this morning I heard the words  "Daddy!!!!  Maggie has the fish!!!"

And that was that.  Lesson learned.

Nani was talking to Sadie on the phone tonight and asked her about the subject I just mentioned in Take #2.  Her response.  "Oh, yeah.  We had a little mishap this morning."

The girl has a gift for understatement.

And right now she's laying on the floor in a sleeping bag in my room. Because we're having a "slumber party."  I think she was going to say that a "slumber party" in Mommy's room wasn't nearly as fun as she thought it was going to be until I threw a pillow over to her and started a five minute pillow fight with strict instructions not to scream or giggle to loud lest the babies wake and the fun be over.

And every single time I hear it, it brightens my day!

Patrick is quite possibly the most dramatic baby I have ever met.  He is most definitely the baby of the house and it shows in world class performances of fake crying, which we are treated to at least once a day (usually when something small gets in his way and he doesn't want to go around it), and which I'm sure we all reinforce because he's so cute when he does it.

Today at lunch I tried to feed him rice instead of beans.  His response?

A severe pout followed by leaning forward against the table until his forehead touched it (in slow motion), leading up to a totally unconvincing fake cry. 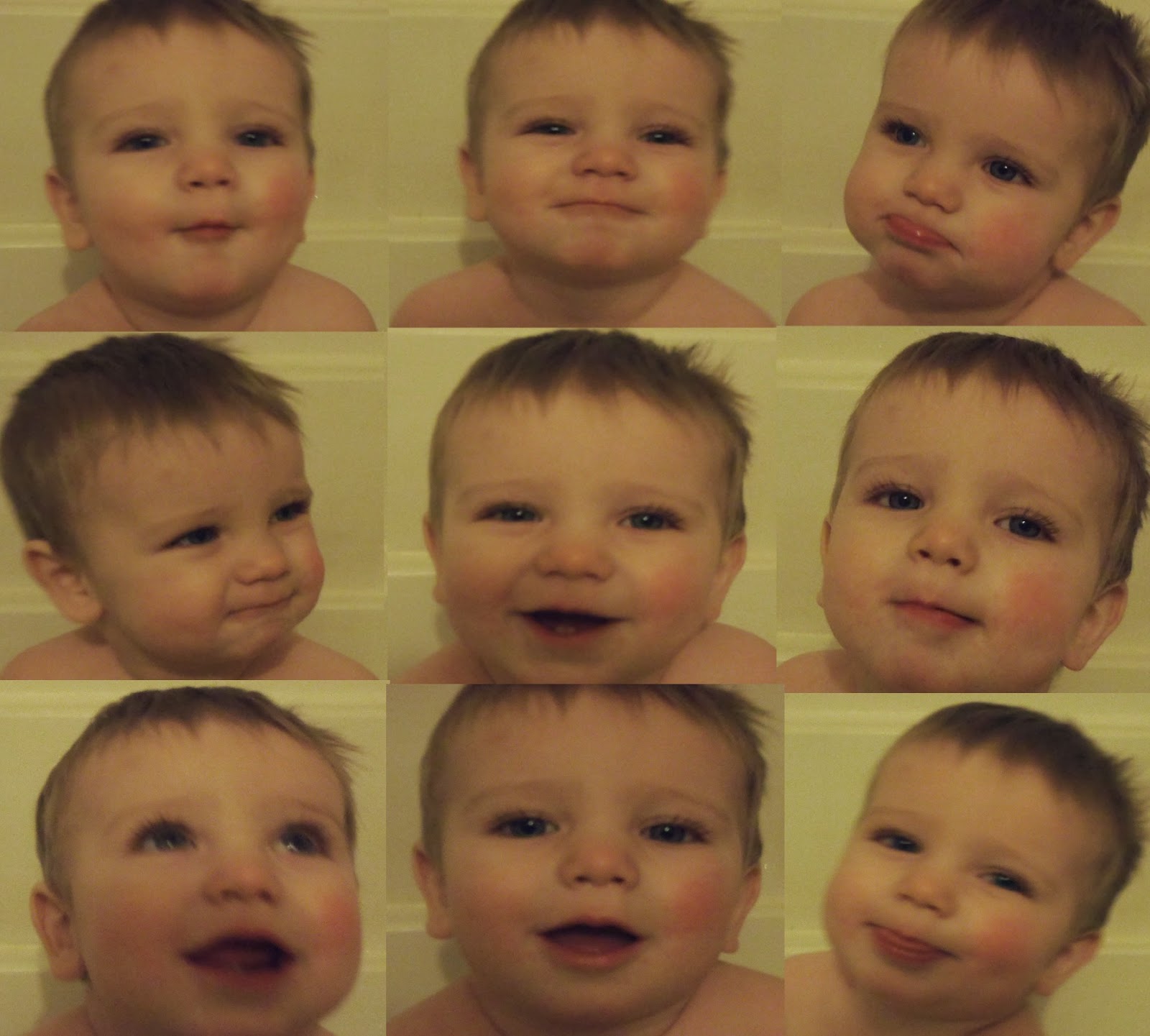 A plow has been running up and down my street tonight.  I'm kind of shocked.  I've seen more plow this week than I saw in the entire rest of the time that we lived here.

Maybe it has to do with the large number of cars I've seen struggling through the slush at the little intersection near our house.  People have been slipping and sliding nearly as bad as they were during the worst part of the snowstorm after the relatively warm weather that we had today (37!!!) 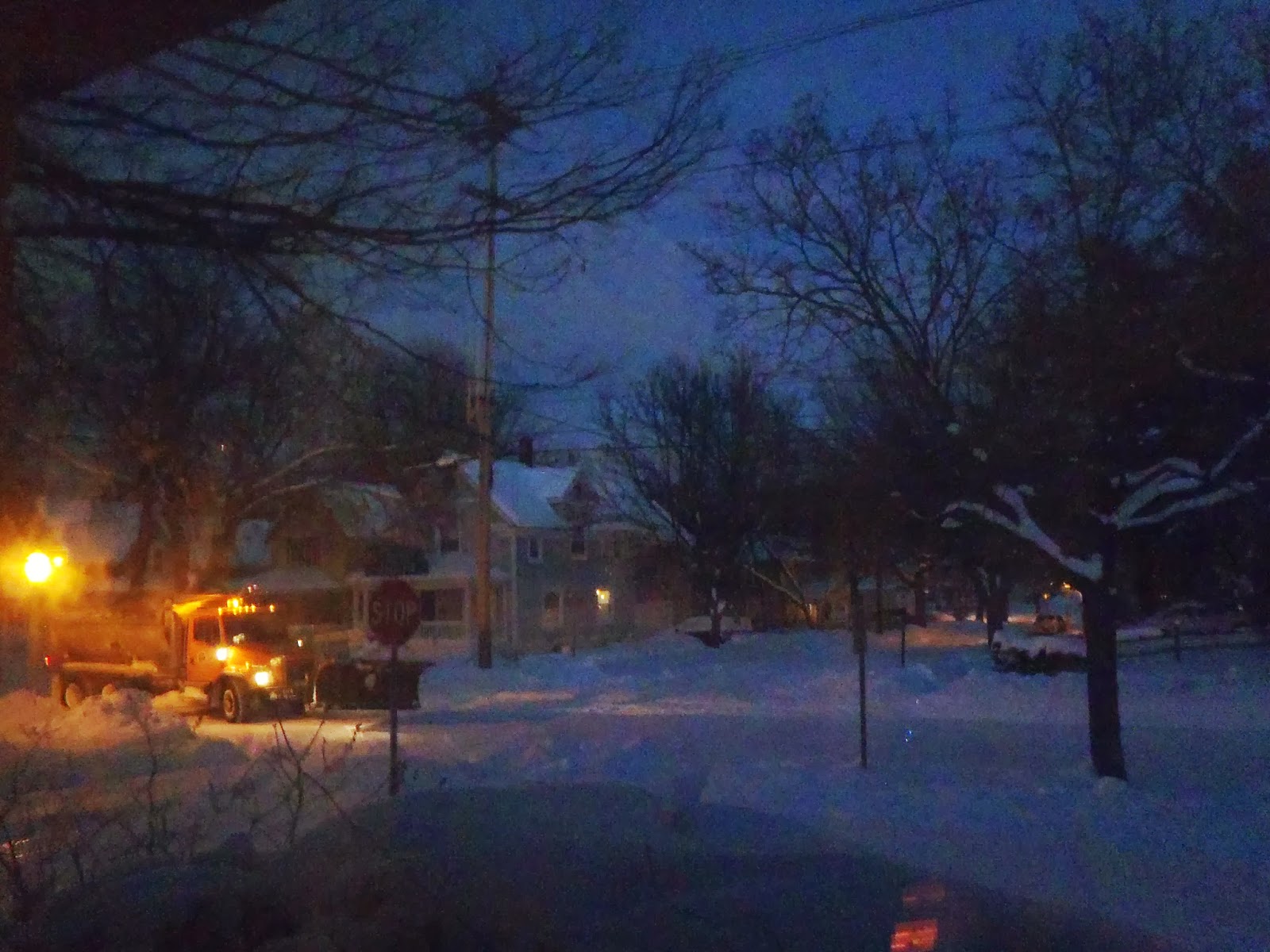