I almost fell of my chair this morning when I checked the Indiegogo balance.  I was shaking.  And at that moment it wasn't the flu.  It was what I saw on the Indiegogo page.  Here, let me show you:


You guys are so far beyond amazing.  I could hardly believe my eyes.

Thank you.  Thank you all so much for praying and sharing this and donating.  I feel like I can't say it enough.  Two weeks ago it was Christmas and I hauled Paul to Kohl's and made him return my Christmas present (new sheets for the bed) because after the storm we couldn't afford it.  I was also seriously trying to convince Paul to drop me off at the Plasma "donation" center that was a few blocks down from our hotel to help defray the cost of our exile from the house (his response: "Absolutely not... you are the last person who should be giving Plasma... you faint when you give blood!").

I am just blown away by the response.  So thank you again!

It was -7 when I looked up the temperature for our zip code this morning.  Now it's climbed fourteen degrees to 7 but with the wind chill it "feels like -9" so I guess that's not actually any better.

There are very few things that could lure me out of the house today, and right now I can't think of any of them! 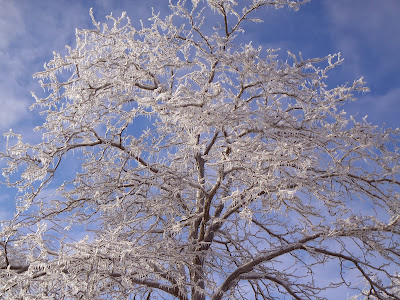 Mae is having a hard time readjusting to being home.  I guess after all the upheaval it's only to be expected.  She was finally getting used to being in hotels and living our of suitcases and so it's going to take a bit to readjust to being home again.

But I'm ready for the words to come back and the tantrums to subside.  Because before this we had maybe one tantrum a week.  And we've already had two today... so... I am most definitely ready to be "back to normal." 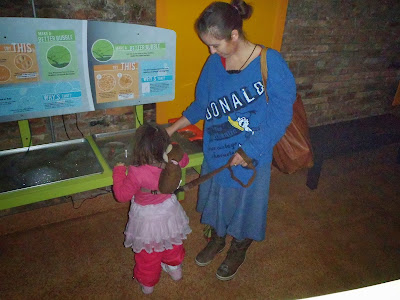 I'm sure that the flu isn't helping #3 either.  Mae seems to be one of the healthier members of the family at the moment but I'm sure she isn't feeling 100%.

The flu has my mind just barely working, which is why the blog has been so quiet lately.  I'm hoping this flu isn't a month long sort of thing.  At least I can take cold and flu medicine this time around.

Paul has volunteered to watch the kids while I rest, possibly because he's tired of me coughing my way around the downstairs while muttering to myself about not feeling well.

He also picked up two shifts that had him working 24 hours in 2 days (the 31st and the 1st, since the Rose Bowl had the bar so busy) and has two more before he starts school on Monday.  While this isn't quite the break I had imagined, it certainly has been full of surprises!

I have these lofty goals like "rearrange the fabric in the sewing area so it's not giant piles of fabric all over the room", but I haven't decided whether or not it counts as a New Year's Resolution.  Right now though, it's pretty much what I've come up with.

Last week while we were in the hotel I was laying on the floor next to Mae and I started doing crunches.  Sadie ran over and said "are you exercising?!?!?!" and then laid down to join me.  After about two minutes of exercising she got very serious, look at me with this look of dawning realization growing across her face and said: "Do you have a baby in your tummy?"

Because apparently in her mind, I only exercise when I have a baby in my tummy (that's not an entirely inaccurate observation because I did probably exercise more when I was hoping the last trial of labor would work out... like I was training for a marathon... whereas when I'm not pregnant my exercise is pretty much limited to chasing-after-my-wild-and-crazy-kids).  I'm not entirely sure she believed my insistence that the only reason for my crunches was that we'd been cooped up in a little room while it snowed outside.