Theme Thursday: On Their Way to the Barn

I was certain that somewhere in the depths of my computer (or at least facebook photo albums) I had a fabulous photo of Grumpa's barn with a rainbow behind it.  Then I discovered that the barn was just off the edge of the picture.  So plan two was a picture of Sadie "helping" load hay into Grumpa's barn.  Again those photos have magically disappeared (buried in the depths of my photo backups I'm sure).
Then I saw this photo and I just knew that even though it's not quite a picture of the barn it was the picture for today.

Because they're on their way to the barn and I'll stretch the theme in my imagination to include this picture as matching the criteria.  Besides, it's way too cold to go out there searching for barns at the moment.  So instead I'll dream of warmer times, like this day when Paul was walking Starr back to the barn after lunging him, back when we were brand new newly weds: 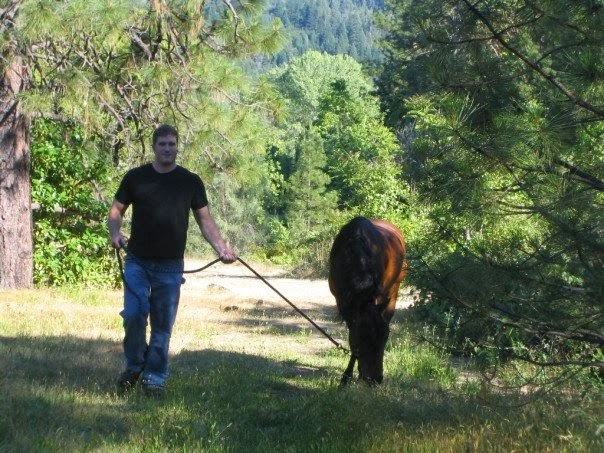 For more Theme Thursday pictures that will probably actually include barns, head over to Clan Donaldson!
Posted by Cammie Diane at 4:58 PM