The Start of a New Year and Other Totally Random Thoughts

The blog has been quiet because the flu has struck our home with a vengeance.  There was no Mass for anyone in the family today because I wouldn't want to inflict this particular plague on anyone else.  It's the particularly unpleasant strain that it seems like everyone has right now and that I thought I'd avoided when everyone else was sick when we were in the hotel, but it's my turn now and so I spent the day with three moderately sick kids laying on the couch while they climbed on me and watched Magic School Bus over and over again.

Despite being sick, I've also been pretty amazed.  Because you guys are awesome.  I'm just so incredibly grateful for the outpouring of support that we've received.

I've also been trying not to sit and stare out my window at our neighbor's TV.  Because the Rose Bowl is on right now and I can totally see every play on it (despite the fact that it's across the street).  I'm watching the score on ESPN, but it's still kind of tempting... especially since it's been such a close game (as of right now there are about 5 minutes left in the 4th quarter).

Besides.  I need to know what happens so that I can tell Boomer in the morning.  Because he's such a big fan.  And also so I can repeatedly call my Dad, who's a Stanford fan (both of his parents went there), so that we can go back and forth over who's going to win.

As you may have guessed there's been a lot of anticipation leading up to this game: 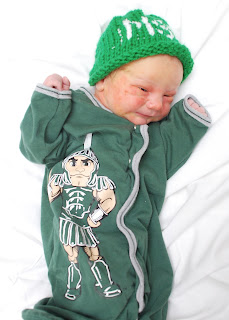 On another totally unrelated note, I had a huge pity party this afternoon when I found out that Paul's school starts on Monday.  You see, we spent those eight days without power and then got back home and he worked a 12 hour shift last night (6 pm to 6 am) and he slept for a little bit and then went back and is working the Rose Bowl right now and has more hours coming up this week, which basically means that the break is over and I feel like we didn't really see each other.

Okay, that's wildly inaccurate because we spent plenty of time trapped in that room, but I'm still slowly letting go of the picture perfect idea of us all spending time together at home before the insanity of the last semester of law school hits, which will be followed by his bar prep class and then the actual test...

It all kind of has me feel like we're saying good-bye to him until August.

I'm almost over being mopey, and I'm sure I'll be totally over it by tomorrow morning (because there's just no point in it), but this afternoon there was some serious "I can't believe school's about to start" moping going on.

I kind of feel a bit like a high school senior in the last few weeks of school.  Six of our seven years of marriage have involved graduate school.  We're in the home stretch now.  Four months.  One semester.  I can hardly wait.

Moving on... Do you know what happens when you complain every time your mom brushes your hair? 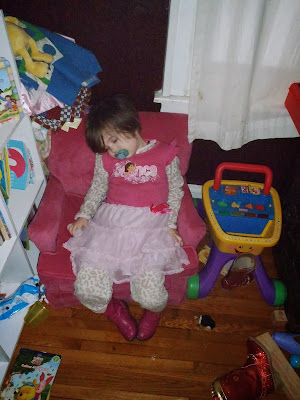 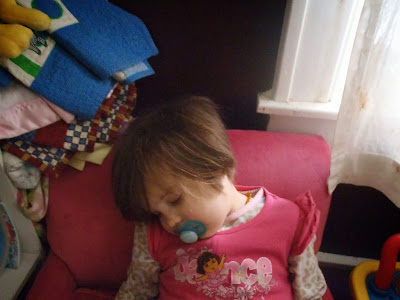 She takes her scissors and chops it off.  Short.

And to demonstrate how everyone is going a little stir crazy after being cooped up and sick here's a video I shot yesterday.  Patrick can seriously spend an hour bringing me things and saying "Thank-y" and then taking them away and running across the room and laughing.  Yesterday I tried to get it on tape (the other two were totally ignoring me until the camera came out and then it became a struggle to keep Patch from getting trampled by a certain big sister trying to get in the frame... so this took a couple tries...).


All of the craziness of these past few days has meant there hasn't been much time for reflections or resolutions.  Maybe we'll just skip that part this year.  Maybe when this flu passes I'll come up with something.

In other news the fireworks outside make it pretty clear who won tonight's game in Pasadena! 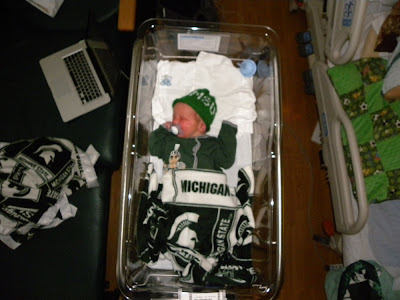