A Day in the Life of a Frozen House

I've really got nothing this morning (and doesn't that always mean a long, train of consciousness post?).  I think that the cold outside that's been seeping inside has frozen my brain, even with the thermostat turned way, way up.  I slipped outside yesterday to shovel the walkway quickly before Mae's therapist arrived and realized that around zero with whatever the windchill was didn't feel all that cold any more, even in a sweater without a jacket.  So it must not have been the -17 windchill that we enjoyed when I bundled Sadie up and took her to her dentist appointment on Friday because that... that definitely felt cold.

Whenever I start to feel to miserable about the seemingly endless cold I try to remind myself "it could be 80 degrees and a million percent humidity" to try to bring myself back around to "I love snow!"  The effectiveness of that strategy, however, is wearing a bit thin.  I don't want 80 and humid or -17 and frozen.  I'd happily settle for a balmy 40 degrees right now.  That's not too greedy, is it?

I'm pretty sure that at 40 the kids would think it was summer and would be ready to race around outside in short sleeves.

And since I'm spending so much energy thinking about getting through the day that's in front of us, here's what a snow bound Tuesday is looking like for us:

We have a late start to therapy at 10 am this morning, but by the time it starts the kids will already have been up for four hours.  While I'm writing this and Paul is watching them Patrick and Maggie will have dumped dry cereal on the carpet and smashed it into tiny pieces to insure that I vacuum.  While I vacuum Mae will try to stand right in front of me to feel the air coming out of the vacuum while Patrick runs forwards and backwards giggling hysterically.  When I turn the vacuum off Mae will turn it back on at least two times before I can get it out of the room.

Once therapy starts Sadie and I will do school in the connecting room for the same amount of time just to keep her from trying to hijack the therapy session and turn it into a "dance party." Patrick will take a nap, using his glowy elephant as a pillow.

Therapy will end at 1 pm and then I'll probably read to the kids from one of the Little House on the Prairie books so that we can all appreciate how much colder it could be.  I'll have a Skype meeting at 2-something to go over the Mae and Me therapy plan for this week for the study we're in, which reminds me that I need to fit in another Mae and Me therapy session before that, so that will have to happen between 1 and 2:15.

Our therapy session will probably involve bubbles because she is super, super motivated by bubbles (and by me singing Twinkle Twinkle Little Star).  After that it will be "look, we're still stuck inside!" time for about an hour, into which I'll fit a epsom salt and baking soda bath for Mae, while Sadie and Patrick play in the girls' room.  Then it will be time to make dinner and feed the kids while wishing that Paul didn't have night classes ever, because dinner time without him is the #2 thing that I dread all week long (#1 is bedtime without him, which will be up next). 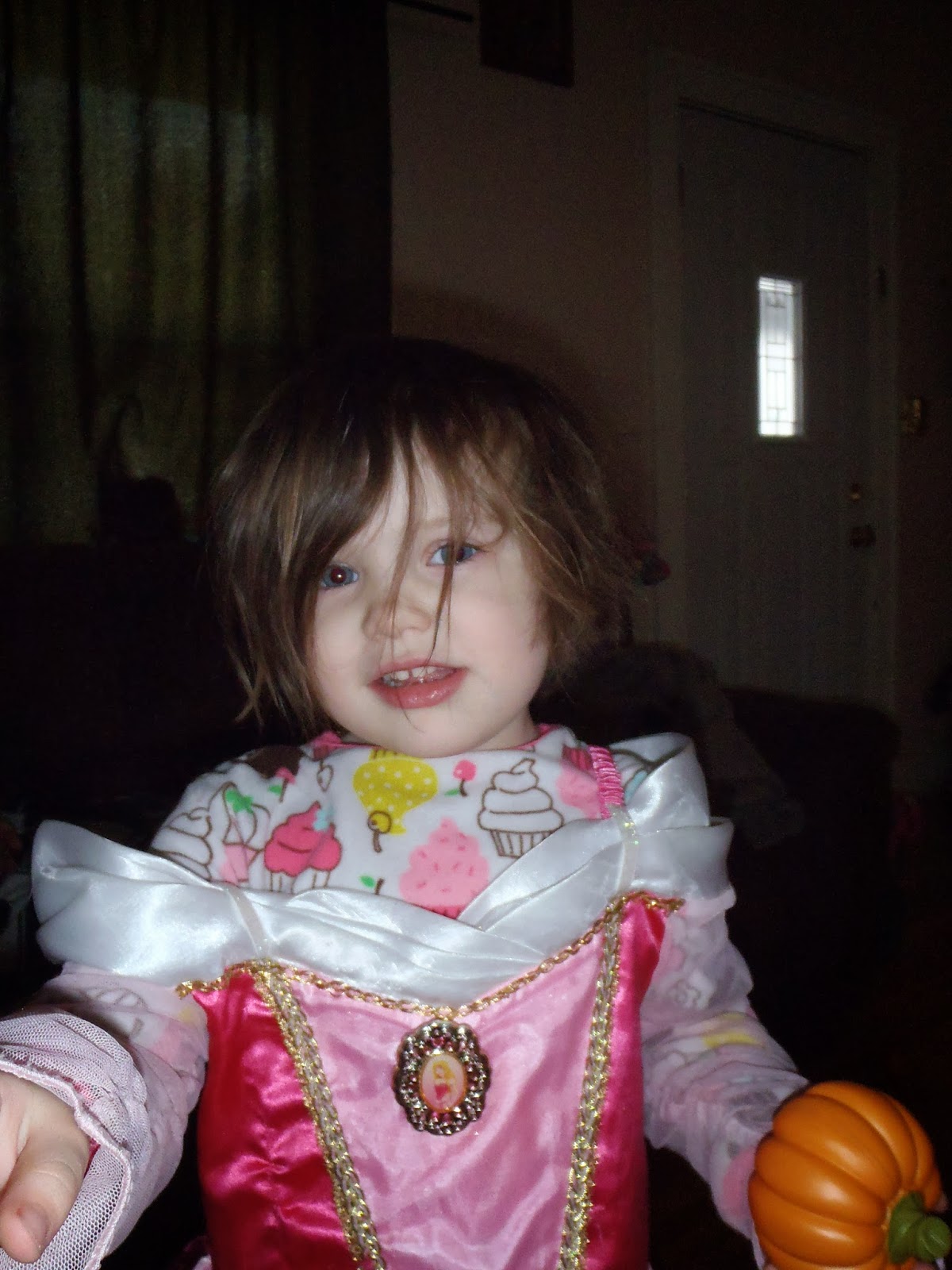 After that I'll wrangle Mae and Patrick upstairs, possibly at the same time.  If I do manage to get them both upstairs at the same time I'll feel like a super hero.  I'll brush their teeth while singing the Dora theme song (it's the only way to get a certain some one to let me brush her teeth), and then Mae will help me put Patrick in his crib before we begin the Maggie night time routine.

The Maggie night time routine involves wrapping Mae in her down comforter and then her regular comforter and telling her that she's a little burrito, while she giggles.  Once the covers are just right I'll sing a song with her bear and pretend to tickle her while she says "ickle, ickle, ickle" and grabs my hand and then pushes it away and says "ickle!" again.  She'll press her hands together very seriously while we say the Guardian Angel prayer and a Glory Be and she'll probably let me help her make the sign of the cross while she smiles proudly at how well she can fold her hands now. Then I'll tell her a story about Oatmeal Bear, in which he's lost somewhere and she has to save him.  There's a good chance she'll fall asleep during the story, hugging her bear.

After that it's back downstairs to clean the house and get Sadie into bed.  Sadie will worry that all her babies are tucked in and will tell me that one of them is crying and that Mae doesn't take very good care of her babies and so Sadie has to do her job.

I'll set the alarm and try to remember to take everything I could possibly need upstairs at this point, because coming down stairs after 8 pm means there's an exponential chance of running into (or being attacked, I imagine) by a mouse. 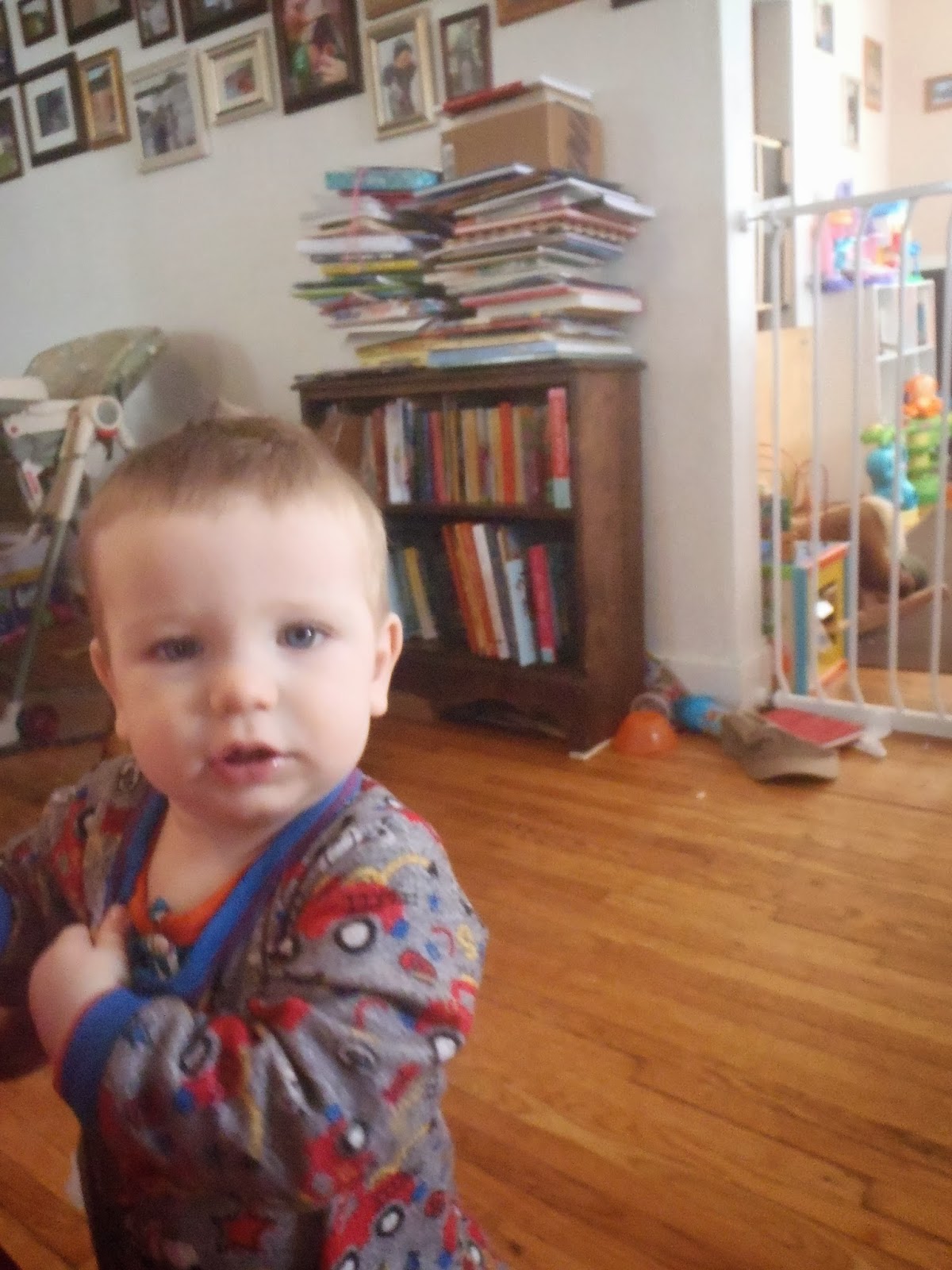 Then I'll go upstairs and work on orders that need to go out until 9pm when I have a board meeting to attend (via conference call) because I'm the secretary to the board of directors of a small corporation (it's a family thing so it's a volunteer job that I do just for the "fun" of getting to be part of things).  That's likely to go on for an hour or two (it will likely be closer to two) and I'll have to just hope that Patrick sleeps through the whole thing since he's been adding a waking between 10 and 11 lately, which is problematic because he's really too big to nurse while typing at this point.

If I'm smart once the meeting is over I'll go to bed, but it's more likely that I'll either sew a little longer or get sucked into reading my favorite blogs (did you see my update blog roll!  It probably still is missing some of my favorite blogs since I follow through so many different sources, but it has it's own page now!  And totally random sections that only make sense in my head.).  Then, finally, it will be time to go to sleep. I'll probably wonder if I turned on the security system.  It will be on, but after worrying for five minutes I'll still get out of bed and go downstairs to check.

On the way upstairs my foot will make one of the million creaky spots in the house complain loudly.  I'll freeze and listen... hoping against hope that Patrick doesn't wake up...  He won't.  He'll let me relax into bed for exactly thirty seconds before he yells to let me know that he's wide awake.

And sometime during the midst of all this I'll have to slip Maggie her supplements, which at this point, look like this:

Email ThisBlogThis!Share to TwitterShare to FacebookShare to Pinterest
Labels: Autism, day to day