The other day Sadie came over and told me that she was upset because there was a spider web (no spider) under the dining room table. After she went over to "tell" Paul the same thing (and tried to pull him off the couch while he was resting his recently operated on knee) I called her over and gave her a wipe and told her that if she wanted to clean under the table she could. She was very careful at first because she didn't want to actually touch the spider web. 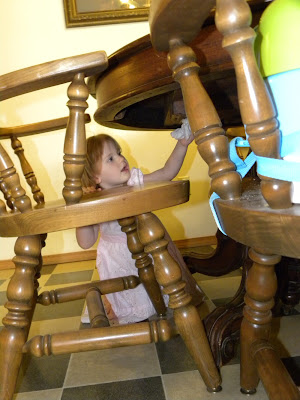 Then she decided that it was actually kind of fun to clean the kitchen! In fact, it was so much fun that she helped me clean up after dinner. She wiped down her little booster seat and the chair that it was under and was very proud of herself for helping. She did the same thing tonight while we were at Nani and Grumpa's too! 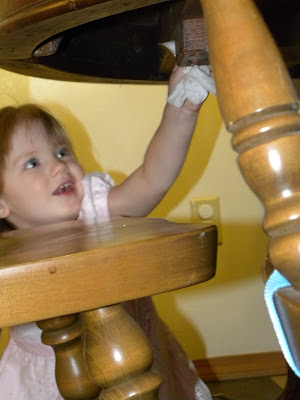 Then she got down to work couponing. She already knows that couponing is very serious business and that Sunday, when the coupons arrive, is a very important day! 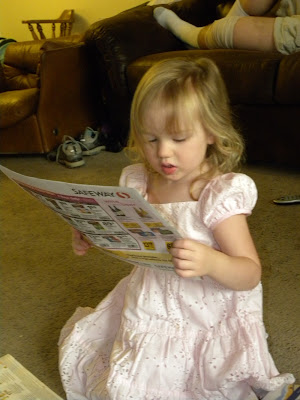 And what was her favorite coupon? She immediately recognized a coupon for hot dogs in the Safeway ad and kept showing it to me over and over again. 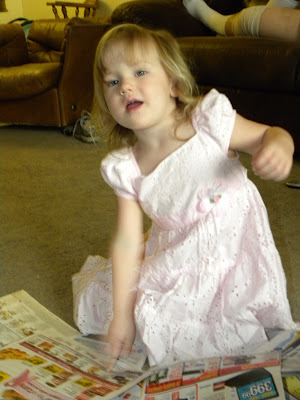 I know what she's hoping I'll buy next time we go shopping!
Posted by Cammie Diane at 12:59 AM