Confession, Scruples and Just Being A Little Crazy 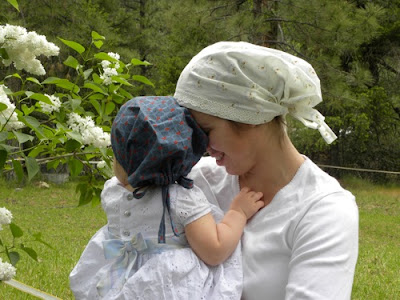 I went to confession on Saturday afternoon before Mass. It began in an interesting manner, because the kindly old priest saw me and apparently decided that I’d never been to confession before (three priests seem to rotate each weekend and we've only been going to the parish for a few months) or at the very least thought that it had been a very long time, and launched into an explanation of confession and how I should do it (ending with “You may want to begin by noting how long it’s been since your last confession.”). In the pause that followed I began:

“Bless me Father for I’ve sinned, it’s been about four weeks since my last good confession.”

This was followed by confessing the same sins that I end up confessing every single time I go to confession. It’s a little depressing that the script is so regular… but I guess that’s often how it is… the same old sins that are hard to shake… arguing with my husband… losing my temper… repeating something to my husband that I’m not entirely sure was gossip… but that could have been… That sort of thing.

And then came my penance. When I heard it I winced (internally).

“There’s a prayer outside the door” (I’d seen it) “and I’d like you to take it and say it every time you think of it for the next three or four weeks.”

But what I thought was “Oh no! Father! You don’t know me yet, but this is going to be a problem! While I can mostly ignore my borderline scruples” (because most of the time they’re just silly) “this will definitely cause them to become inflamed to epic proportions! You see, I’ll think about the prayer 50 times a day! I’ll think of it and realize that I’d taken it with me and left it in the car” (it’s already happened) “and so I’ll take it out of the car when Paul gets home and think I’m fine and say it every time I think of it before bed, but then I’ll put it in my jacket pocket when I leave the house and forget my jacket in the car and the next day” (today) “it will be at Paul’s work all day and I’ll think of it 30 more times and feel like I’m sinning and say an Act of Contrition each time and promise myself I’ll be more responsible and remember to take it with me… which will work for twenty four hours until I’m haired and exhausted and lugging around a ten month old and a two year old and I forget it again, in this bag or that bag, this pocket or that pocket. And that’s just the beginning: Which is it… three weeks or four weeks? When is my penance done? After twenty-one days or twenty-eight days?”

The prayer is two pages long and from the sixteenth century (and it's quite beautiful) and while it is a prayer I'd like to memorize, it's probably going to take a while before I know it by heart.

Deep breath. Yeah. I know. It sounds a little insane. I think it’s my INTJ, “Rational” (by the Keirsey Temperament sorter) that likes things clearly defined and laid out.

So the next time I make it down to confession I can explain my imperfect penance and how I tried and failed many times a day and was successful sometimes too. And the priest, like anyone I’ve shared this with, may realize how crazy I can be about completing penances (although I should say that I prefer “three or four weeks” to “a while” which has also happened in the past).

Then I’ll wait and hope that the next penance is one that I can know that I’ve completed…
Posted by Cammie Diane at 8:15 AM